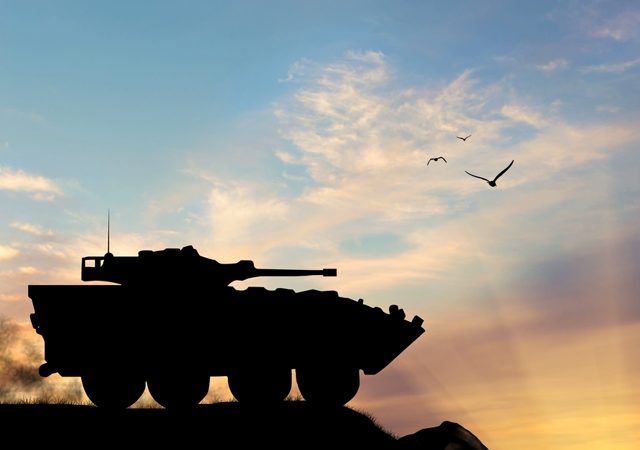 The Pentagon’s Defense Advanced Projects Agency (DARPA) is looking to develop autonomy algorithm technologies for off-road vehicles that will be able to perform just as good or better than human drivers.

Last week, DARPA announced its Robotic Autonomy in Complex Environments with Resiliency (RACER) program, which aims to support the development of off-road autonomous vehicles that react like humans would or better.

While other projects are aimed at improving the sensors, RACER is more concerned with making sure “algorithms aren’t the limiting part of the system and that autonomous combat vehicles can meet or exceed soldier driving abilities,” according to the program announcement.

“The goal of the RACER program is to develop and demonstrate new autonomy algorithm technologies, rather than vehicle or sensor technologies, that enable Unmanned Ground Vehicles (UGVs) to maneuver in unstructured off-road terrain at speeds that are no longer limited by the autonomy software or processing time, but only by considerations of sensor limitations, vehicle mechanical limits, and safety,” according to the program description.

“At a minimum, performance at par with a human driver should be achieved.”

DARPA recognizes that while the self-driving car industry has made significant advances while driving on paved roads, autonomous vehicles face considerable challenges when moving off-road and into more unpredictable environments.

According to the program announcement, the challenges facing the Pentagon’s research funding arm are that:

“Successful software will extract features from sensor data and use that information to make on-the-spot driving decisions” — Dr. Stuart Young

“In order to achieve RACER goals of increased speed and resilience, we need to embrace learning approaches that automatically tune system parameters in real time,” said Dr. Young, in a press statement.

“Successful software will extract features from sensor data and use that information to make on-the-spot driving decisions,” he added.

Dr. Young’s experience working in robotics and autonomous vehicles at the Army Research Laboratory for almost 30 years has made him an expert in autonomous vehicles, intelligent behavior in unmanned systems, artificial intelligence, machine learning, and field robotics technologies to name a few.

Many of his research papers are about teaming soldiers with machines, and last year he gave a Tech Talk (video below) for the Army Research Laboratory, where he laid out the ideal scenario of human and robot collaboration and the underlying research that enables technology to move robots from tools to teammate, so that systems can see, think, move, and team to assist war fighters.

Through DARPA, the Pentagon is expanding its research and development into autonomous vehicles for just about every type of environmental domain, and we’ve covered several of those here on The Sociable, including:

The Pentagon wants AI to permeate every war fighting domain, from cyberspace to outer space and everywhere in between, and it envisions a future where humans team-up with machines in a collaborative and trustworthy partnership.

If and when the RACER program is successful on the battlefield, what sort of benefits could the technology have for society if it ever becomes commercial?

How could off-road autonomous vehicle technology be used for other applications that are not militaristic?

Military technology is often described as being decades ahead of civilian technology in certain aspects, and that is one of the main reasons why we cover DARPA research on The Sociable — it offers a glimpse into the future about where our technology is taking us.