HomeTechnologyDrones that can see without being seen ‘at night, underground, in the Arctic, and in fog’: DARPA
Technology 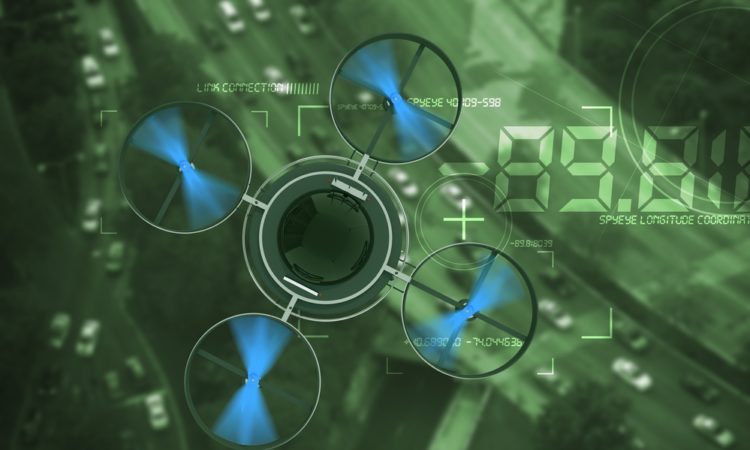 DARPA is putting together a research program that could lay the foundation for autonomous vehicles with 3D vision that would be able to see without being seen “at night, underground, in the Arctic, and in fog.”

The US military wants autonomous systems that can travel undetected while they navigate the darkest and least visible of environments without emitting any signals.

To make this a possibility, the Defense Advanced Research Projects Agency (DARPA) announced it will be holding a proposers day for the “Invisible Headlights” research program on March 16.

The problem: “Switching on visible headlights or some other emitting system like lidar has a significant drawback: It allows adversaries to detect a vehicle’s presence, in some cases from long distances away,” according to the program description.

The proposed solution: “To discover what information can be captured from even an extremely small amount of thermal radiation and then develop novel algorithms and passive sensors to transform that information into a 3D scene for navigation.”

In other words, DARPA is looking to develop autonomous systems that can see while not being seen.

“Current autonomous systems can’t make sense of the environment without radiating some signal—whether it’s a laser pulse, radar or visible light beam—all of which we want to avoid”

“In the depths of a cave or in the dark of a moonless, starless night with dense fog, current autonomous systems can’t make sense of the environment without radiating some signal—whether it’s a laser pulse, radar or visible light beam—all of which we want to avoid. If it involves emitting a signal, it’s not invisible for the sake of this program,” he added.

According to the proposers day special notice:

“The Invisible Headlights program will develop solutions to eliminate this vulnerability by discovering how to transform the ambient thermal light present in all environments into a totally passive 3D sensor that is accurate enough and fast enough to support autonomous navigation.”

“If it involves emitting a signal, it’s not invisible for the sake of this program.”

The Invisible Headlights program will have three phases:

“If we’re successful, the capability of Invisible Headlights could extend the environments and types of missions in which autonomous assets can operate – at night, underground, in the Arctic, and in fog,” Altepeter said.

According to the proposers day notice, new approaches will be needed that:

“The fundamental understanding of what information is available in ambient thermal emissions could lead to advances in other areas, such as chemical sensing, multispectral vision systems, and other applications that exploit infrared light,” Altepeter added in his statement.

Altepeter is also the program manager heading the DARPA’s Quantum Causality Incubator on the Polyplexus platform.

Earlier this month the DARPA program manager held an Ask Me Anything on the Quantum Casualty Incubator, which looks to discover new ways to separate correlation and causation in complex data.

“The Invisible Headlights program will quantify the available information in ambient thermal emissions, determine how much of that information is useful for building a 3D model of a scene, define the tradespace of sensor designs capable of gathering this information, develop new sensors capable of dramatically increased measurement diversity, and validate all of the above via testing in the field,” according to the proposers day notice.