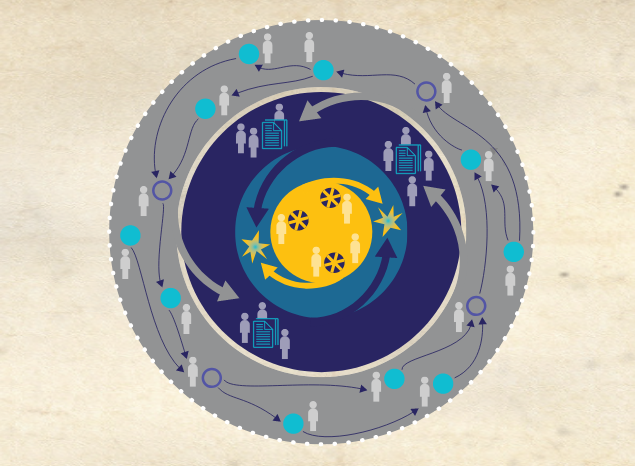 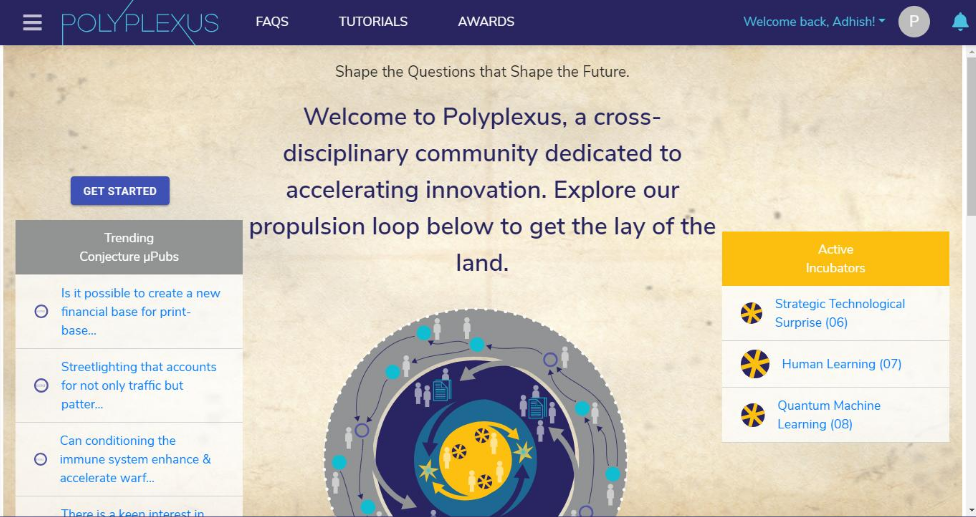 Polyplexus comes from “poly” meaning “many” and “plexus” meaning “intricate network,” so the idea is to have many intricate networks through the new social platform. As far as social networks go, it is curious to note that DARPA’s LifeLog project was reportedly killed on the exact same day that Facebook launched, February 4, 2004.

The Defense Advanced Research Projects Agency‘s (DARPA) Polyplexus portal is an online, professional, technical conversation between the research community and DARPA Program Managers that will lead to the opportunity to submit abstracts and full proposals for a research and development project.

With the public launch of Polyplexus, DARPA’s Defense Sciences Office intends to fund up to 30 one-year seedling efforts developed through Polyplexus incubators over the next 18 months. These funding opportunities are capped at a maximum of $100,000 each. They will roll out at a pace of approximately two per month.

DARPA created Polyplexus as a “productivity platform” rather than a “crowdsourcing” one, although one could argue the semantics here.

“Crowdsourcing on the internet works when the solution exists and can be found,” said John Main, program manager in DARPA’s Defense Sciences Office, in a statement.

“However, no amount of crowdsourcing will ever work if it’s a research and development problem that must be solved, because the solution does not yet exist. That’s why we built Polyplexus as a productivity platform rather than a crowdsourcing platform,” he added.

If you sign up on Polyplexus, you will gain access to the social network. For the incubator overviews, here is what you’ll find on the site:

The topic of this incubator is the identification of research and development pathways that will lead to revolutionary new capabilities in [Quantum Machine Learning, Human Learning, Strategic Technological Surprise].

Think of an incubator as a conversation.

The Plexor side of the conversation is to suggest Evidence or Conjecture µPubs that might help answer or advance this area of interest (either your own or those already posted by others). Conjecture µPubs are of particular interest because they provide potential connections among evidence. 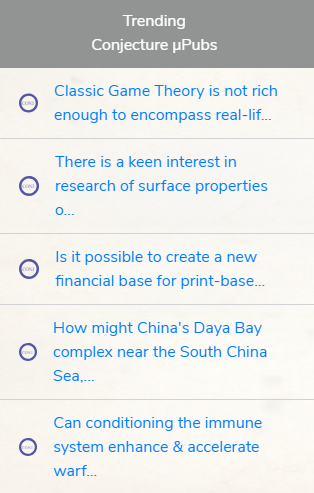 Polyplexus aims to is to reshape how DARPA develops its basic science funding by engaging researchers and research sponsors across disciplines in a structured, rigorous conversation about where science is and where it should go next, according to the Terms of Service.

On the left side of the Polyplexus portal, there is a “Trending Conjecture µPubs” feed where users can view the latest conversations.

Here is an example of one that is live now:

The platform’s real-time interactions and functionality are designed to dramatically shorten the time between the emergence of concepts and the submission of worthy proposals.

DARPA has always relied on partnerships and collaborations to further its agenda. Last year, the Pentagon’s research funding arm made it a priority to make AI a collaborative partner, and this year DARPA is looking even more into the private sector for innovation.

On March 1, 2019, DARPA announced it was launching an accelerator for small businesses, which would accelerate private companies, so that they would sell their products, services, or research right back to the government.

“Beginning with this announcement, DARPA is launching a pilot accelerator program (DARPA Accelerator) for SBIR/STTR Phase II performers that aims to increase the participant’s ability to move technology from the lab to a sustainable business that in turn sells new capabilities to the military,” reads the DARPA (SBIR/STTR) solicitation published on March 1.

“It’s essential to change our acquisition practices to mirror the commercial marketplace if we hope to attract revolutionary companies that normally avoid working with the federal government,” said Dr. Steven Walker, director of DARPA, in a statement.

“This move will provide DARPA the flexibility to operate at a much faster pace than traditional SBIR/STTR contracting cycles have historically allowed,” he added.

“It also creates an avenue for broader participation in DARPA research and development, including by those who aren’t looking for a research project but who have knowledge to contribute, such as retirees,” he added.

And the winner of Publicize Connect Miami is… Smarthop

Is edtech functioning as it should in the classroom?