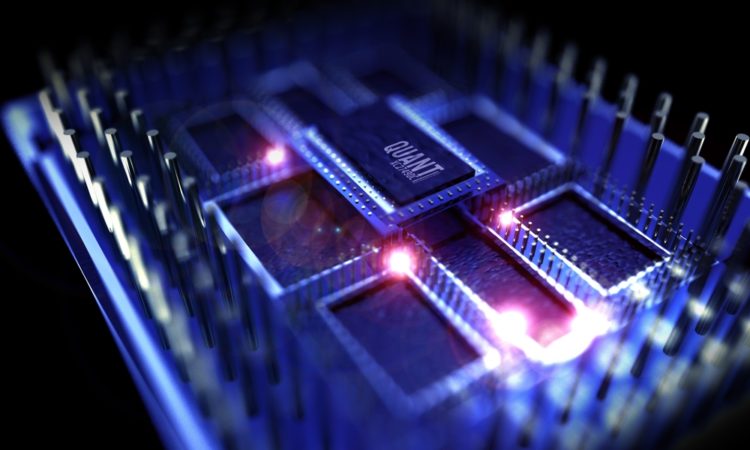 The Defense Advanced Research Projects Agency (DARPA) is looking to fund research into quantum computing without having a fully-operational quantum computer.

“Quantum computers will have transformative effects on society eventually, but these may still be decades away”

Like building a bridge without having a river, Pentagon research funding arm DARPA is already looking to exploit quantum computing for military use, yet physicists believe that we are years from creating a stable and reliable quantum computer.

In more technical terms DARPA is looking exploit quantum information processing before fully fault-tolerant quantum computers exist. Fault-tolerant means that if one part of the computer stops working properly, it can still continue to function without going completely haywire.

Physicists believe that quantum computing will be able “to efficiently simulate any process that occurs in nature” and at speeds we cannot presently fathom!

While modern computers use bits of 1s and 0s, quantum computers use qubits, which are typically subatomic particles such as electrons or photons.

Qubits can represent numerous possible combinations of 1 and 0 at the same time.

“Where current computers would require tens of billions of years to solve some of the world’s most challenging problems, a quantum computer would be able to find a solution in only minutes, hours, or days,” according to the Microsoft Blog.

As it one of the least understood technologies on the planet, new concepts and terminology for quantum computing are being put forth by some of today’s brightest physicists, and DARPA is looking to take advantage of one concept in particular that didn’t even exist two years ago.

It is called NISQ, and it was coined during a keynote address (video below) by John Preskill, Richard P. Feynman Professor of Theoretical Physics at Caltech.

John Preskill, theoretical physicist at Caltech, coined the term NISQ for a keynote speech he delivered at Quantum Computing for Business on 5 December 2017.

Following his keynote, Preskill turned his speech into a scholarly article and now it is one of the most referenced on quantum computing.

“We are now entering a pivotal new era in quantum technology, wrote Preskill, adding, “for this talk, I needed a name to describe this impending new era, so I made up a word: NISQ. This stands for Noisy Intermediate Scale Quantum.”

“Here ‘intermediate scale’ refers to the size of quantum computers which will be available in the next few years, with a number of qubits ranging from 50 to a few hundred. Fifty qubits is a significant milestone, because that’s beyond what can be simulated by brute force using the most powerful existing digital supercomputers.”

“Noisy emphasizes that we’ll have imperfect control over those qubits; the noise will place serious limitations on what quantum devices can achieve in the near term.

“We shouldn’t expect NISQ to change the world by itself; instead it should be regarded as a step toward more powerful quantum technologies we’ll develop in the future.

“I do think that quantum computers will have transformative effects on society eventually, but these may still be decades away. We’re just not sure how long it’s going to take.”

What Can DARPA Do With ONISQ?

According to DARPA, “Solving combinatorial optimization problems – with their mindboggling number of potential combinations – is of significant interest to the military.

However, if you ask Professor Preskill about NISQ, he wrote, “For a physicist like me, what is really exciting about quantum computing is that we have good reason to believe that a quantum computer would be able to efficiently simulate any process that occurs in Nature. We don’t think that’s not true for classical (i.e., nonquantum) digital computers, which (as far as we know) can’t simulate highly entangled quantum systems.

“With quantum computers we should be able to probe more deeply into the properties of complex molecules and exotic materials, and also to explore fundamental physics in new ways, for example by simulating the properties of elementary particles, or the quantum behavior of a black hole, or the evolution of the universe right after the big bang.”