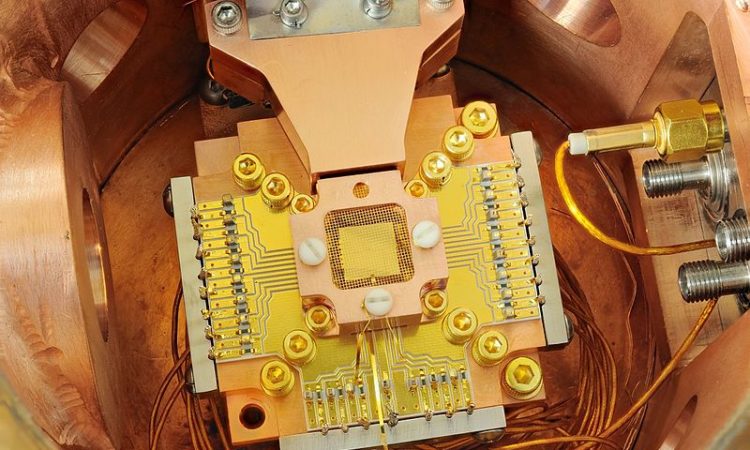 Quantum computing promises to outperform conventional computers on a scale never seen before. While modern computers use bits of 1s and 0s, quantum computers use qubits, which are typically subatomic particles such as electrons or photons. Qubits can represent numerous possible combinations of 1 and 0 at the same time in a state of superposition.

Where current computers would require tens of billions of years to solve some of the world’s most challenging problems, a quantum computer would be able to find a solution in only minutes, hours, or days.

While quantum computing is still in its infancy, QuSoft and Bosch are working together now to develop industrially relevant quantum algorithms for the future.

According to the QuSoft Quantum Software Manifesto, “Current progress in the field of quantum computer hardware makes it likely that the first quantum computers that can outperform classical ones will be available in just a few years.

As a quantum software company, QuSoft will help Bosch with optimization and logistics.

“Quantum computing will be very important for us at Bosch. Due to our broad technology portfolio, we see many potential use cases, ranging from optimization via machine learning to logistics,” said Thomas Strohm, who coordinates the quantum technology activities at Bosch Corporate Research.

“Optimization is particularly relevant in engineering, where we seek designs leading to products that are both more cost-efficient and reliable, as well as in production and scheduling,” he added.

With the new partnership Bosch will help QuSoft indentify industrial use cases for quantum software.

“Even though we have known for decades that some real-world business problems could be solved by quantum computers, it is still unclear whether they can offer an advantage over conventional computers for most industrial problems,” said QuSoft Executive Director Harry Buhrman, in a statement.

“That’s why it’s so great that we are working together with Bosch to identify industrial use cases, in one of the first projects of its kind worldwide. We are very excited to be developing new and more industrially relevant quantum algorithms,” he added.

QuSoft is the new Dutch research center for quantum software. Its mission is to develop new protocols, algorithms and applications that can be run on small and medium-sized prototypes of a quantum computer.

The main focus of the center is on the development of quantum software, which requires fundamentally different techniques and approaches from conventional software.

“Powerful quantum computers are still a few years away, but we feel it is essential to start investigating use cases now so we are ready when suitable hardware exists,” added Strohm.