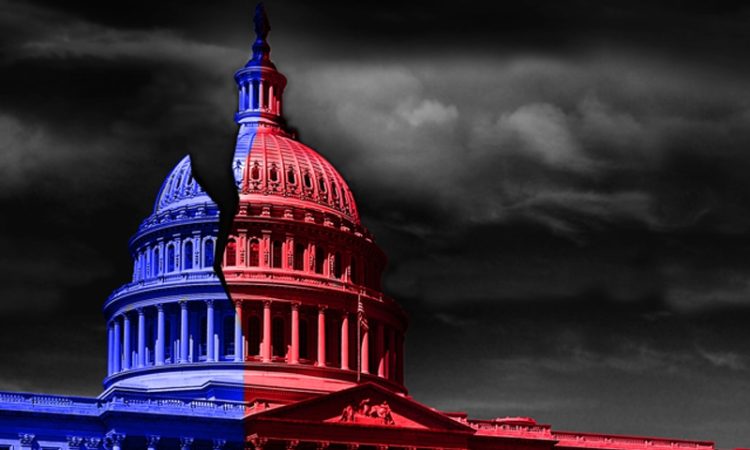 President Trump’s FY 2021 R&D Budget proposal would see $142.2 billion go towards investing in industries of the future. However, opposing ideologies on climate change remain a major speed bump in Congress.

The majority in the US House of Representatives views climate change as a grave concern, and it wants more funding into programs that research areas like energy efficiency and renewable energy, such as the ARPA-E program.

Nonetheless, current climate prediction models operate at “well below the capabilities” needed to make accurate assessments, and the president’s R&D budget would actually help make those models more accurate by investing heavily in AI, according to Dr. Kelvin Droegemeier, Director of Office of Science and Technology Policy (OSTP), who testified today before the House Committee on Science, Space, and Technology.

“The sophisticated models that we have today, the way we have to operate them is really well below the capabilities that are needed to guide decisions about […] changes in climate”

Nearly every member of the Committee mentioned that budget cuts to ARPA-E and the Department of Energy were “concerning” and that they, in turn, were “alarmed” that Dr. Droegemeier didn’t mention climate change in his opening statement, nor in his written testimony.

When asked by Rep Dan Lipinsky if climate change was something significant that needed to be addressed, Dr. Droegemeier said that AI could enable “a lot of good work” on the subject.

“The sophisticated models that we have today, the way we have to operate them is really well below the capabilities that are needed to guide decisions about coastal sea-level rise, or local changes in climate, extreme events, and so on,” Dr. Droegemeier testified.

“We really feel, number one, that predictability is really important, but also providing the assets and resources we need to actually operate these models and do the socioeconomic scenarios that really drive climate change models — we don’t really understand much about those.

“We’re moving into a new era now with so-called SSPs [Shared Socioeconomic Pathways], which I think will be quite helpful, but we don’t even assign a likelihood to any of those.

“There’s a lot of good work that I think could be enabled by Artificial Intelligence,” added the OSTP director.

The argument over climate change seems to be a matter of ideology based on conclusions drawn from conflicting data sets.

One side believes climate change is a real threat exacerbated by humans, and the way to deal with it is to invest in renewable energy and energy efficiency to lower dependency on fossil fuels.

The other side believes that climate change prediction models are inaccurate — that there is not enough data to jump to the conclusion that humans are the biggest cause of climate change — and that it is unknown whether investing in renewable energy would actually do anything about it.

Both sides use science to back their claims, yet they arrive at completely different conclusions.

That’s how I see the argument without trying to single people out based on political party associations, but this division looks to be a major speed bump in the budget proposal, which Congress ultimately decides on.

“$50 million will go toward AI and QIS workforce development, with a focus on community colleges, historically black colleges and universities, and minority serving institutions”

The president’s FY 2021 Budget request looks to investing in “Industries of the Future,” which include five major areas.

And here is a breakdown of the budget for investing in industries of the future:

Beyond R&D, the Budget includes investments in education and job training that will help create a diverse and highly skilled American workforce to support the Industries of the Future, according to a White House brief.

“At the National Science Foundation (NSF), an additional $50 million will go toward AI and QIS workforce development, with a focus on community colleges, historically black colleges and universities, and minority-serving institutions,” according to the same brief (which also appeared in Droegemeier’s written testimony).

Dr. Droegemeier testified today, “AI and QIS, in particular, hold enormous potential as they intersect with nearly every field of science, technology, and health and can act as innovation force multipliers.”

“As such, the FY 2021 Budget includes major increases in QIS and non-defense AI R&D as part of a commitment to double Federal investment in these areas by 2022.”

He added, “The administration also recognizes, and I really want to underscore this point, the leadership not only requires strategic R&D investments, but research environments reflect our American values.”

“The Nation’s R&D investments, strategies, and policies must reflect and address the urgent opportunities and challenges confronting the Nation and make use of every tool, asset, and competitive advantage at our disposal. Federally-funded R&D remains an essential building block for discovery, innovation, and education.

“But Federal investment is only one part of a much larger enterprise that unites, inspires, and rallies people and organizations from every sector to a common cause—to improve the health, security, and prosperity of the Nation,” he added.