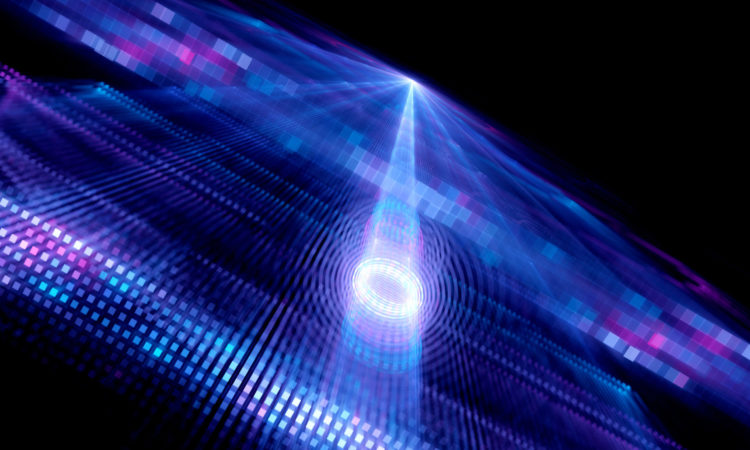 Today the US Department of Energy announces that it is laying the foundation for a quantum internet, and it will be funding $625 million over five years to establish between two and five Quantum Information Science Research Centers through 2025.

With $625 million in funding, the Department of Energy (DOE) announced its interest in receiving applications from multi-institutional, multidisciplinary teams (requesting support between $10 and $25 million per year) to establish the National Quantum Information Science (QIS) Research Centers.

In the name of bolstering America’s national security and economic competitiveness, the new research centers will be in support of the National Quantum Initiative Act, which was signed into law in December, 2018.

Additionally, the DOE’s Argonne National Laboratory announced that it had launched a new, 52-mile testbed loop for quantum communications experiments, which will enable scientists to address challenges in operating a quantum network and help lay the foundation for a quantum internet.

“To help lay the foundation for a quantum internet”

“The loop will serve as a testbed for researchers interested in leveraging the principles of quantum physics to send unhackable information across long distances.”

“​The loop will enable us to identify and address challenges in operating a quantum network and can be scaled to test and demonstrate communication across even greater distances to help lay the foundation for a quantum internet,” said Argonne principal investigator David Awschalom.

“The National Quantum Initiative launched by the President, including these new research centers, leverages the combined strengths of academia, industry, and DOE laboratories to drive QIS breakthroughs”

Michael Kratsios, Chief Technology Officer of the United States, said in a statement, “America continues to lead the world in QIS and emerging technologies because of our incredible innovation ecosystem.

“The National Quantum Initiative launched by the President, including these new research centers, leverages the combined strengths of academia, industry, and DOE laboratories to drive QIS breakthroughs.”

Kratsios is scheduled to be a witness before the Senate Committee on Commerce, Science, and Transportation on Wednesday, January 15 to give testimony on “Industries of the Future,” where high ranking officials will discuss how to maintain America’s global economic edge in quantum information science, AI, biotech, and other technological areas.

As part of the National Quantum Initiative Act, the National Institute of Standards and Technology (NIST) and the National Science Foundation (NSF) will support research and training in QIS, and sure enough! the directors of both the NIST and the NSF are slated to appear in the same hearing next week, along with Kratsios.

“For a physicist like me, what is really exciting about quantum computing is that we have good reason to believe that a quantum computer would be able to efficiently simulate any process that occurs in Nature.

“With quantum computers we should be able to probe more deeply into the properties of complex molecules and exotic materials, and also to explore fundamental physics in new ways, for example by simulating the properties of elementary particles, or the quantum behavior of a black hole, or the evolution of the universe right after the big bang.”

With quantum computing “many of the tools that form the basis of current digital cryptography will be rendered obsolete. Public key algorithms, in particular, will be effortlessly crackable,” according to the World Economic Forum Global Risks Report 2019.