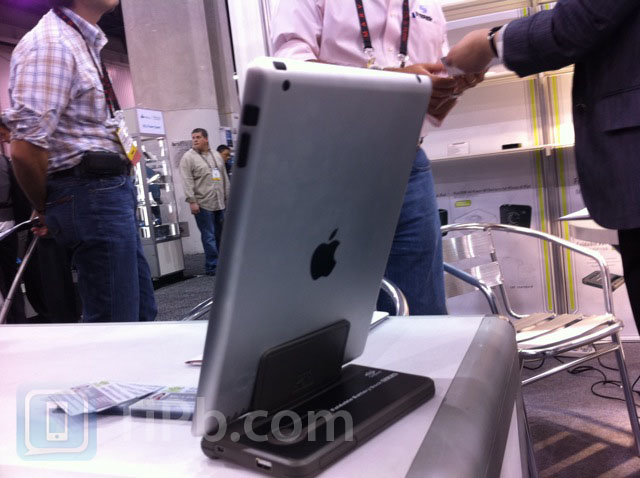 A bit like Area 52, Apple’s iPad2 doesn’t officially exist; even though, at this stage, we have all seen the pictures of it. Now, the guys over at the iPhone blog have published a video of a, supposedly accurate dummy, iPad2 from CES, the Consumer Electronics Show.

While they are playing it safe, the iPhone blog guys do suggest that this device could represent an accurate model of the second generation iPad. Speaking about the video they said yesterday, “No, it’s not a working iPad 2 but I did just go hands on with a dummy unit that could just be very close to what the final iPad 2 will look like when Apple announces it this spring. ”

The working iPad2 is expected to come with 128GB of storage, two cameras, improved speakers and landscape and portrait docking ports.

Are you salivating yet?