Why energy sharing systems aren’t a household reality yet 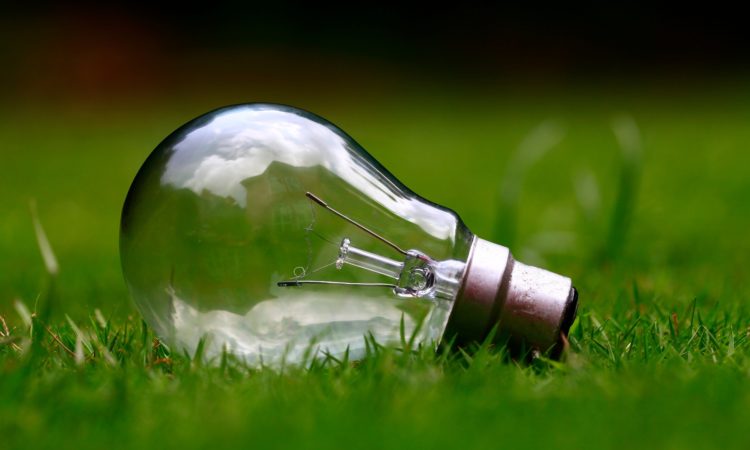 It’d be a utopic world where your electricity needs are predicted and adjusted to with the help of Artificial Intelligence (AI), while blockchain manages transactions between neighbors and the grid.

However, how feasible is such an idea? Why aren’t we already using such a system, when it makes so much sense? Why are such companies only able to target small and medium sized enterprises (SMEs) so far?

We want to go global but the challenge is that the energy markets are regulated by the state. Different countries of the world have different systems

The Sociable approached Tarabek with these questions. A Slovakian company, Fuergy uses a device it calls ‘brAIn’ that combines AI and blockchain to create an efficient and decentralized energy-sharing system.

While Fuergy has clients in small businesses, interconnections amongst households is not a reality yet.

“We do have customers who are implementing these systems. One of our customers is buying the system combined with 600 kilowatt-hour batteries, which will allow for high-quality testing, showing the pluses and minuses of the system in detail. Still, we are in the phase of implementing this system to separated users only,” he explains.

Tarabek says that while they have clients in Slovakia and the Czech Republic, they would like to take their product global, but it’s not that easy.

“We want to go global, but the challenge is that the energy markets are regulated by the state. Different countries of the world have different systems. Even though some claim that their markets are horizontally or vertically deregulated, it’s definitely not the same,” he says.

Citing the example of the extreme differences between the US and the European Union, he says that the EU has more common laws, or at least it tries to have.

In the US market, the same provider produces, distributes, and sells the energy. However, in Europe, the market is divided horizontally. This means that somebody produces the energy, for example, companies with power plants, somebody else distributes it, like high voltage grids, and yet another party sells the energy to the end user.

Unfortunately, a majority of energy is still being produced from coal and oil, and that is hurting the planet. This has to come to an end, but there is very strong opposition to this

“So if you are entering any country in the world, you first have to have very thorough research in how the country is being regulated and then adjust the device to those conditions. We can enter new countries, but it will take some more work,” he says.

While governments apply different rules to energy dispersion, markets too develop their own characteristics, which pose as another challenge to renewable energy companies.

Fuergy is preparing to enter the Austrian and German market, because of their similarity to the Slovak and Czech market. They also want to enter the UK Market, but it’s much less deregulated.

Read only: This startup’s brAIn uses AI and blockchain for an efficient energy sharing system

That means the conditions the regulator offers to alternative producers of energy are much weaker than, for example, in Germany. The UK also has strong players in this sector, so renewable energy companies face tough competition there.

Fuergy is also in talks with American companies with whom they can partner in order to enter the US market. According to Statista, the number of electric utility companies operating in the US is estimated at over 3,300, with about 200 of them providing power to the majority of users. That makes for an attractive market.

However, Tarabek thinks it’s more probable for their solution to enter Latin America, since the countries there are differently regulated. Countries like Argentina and Chile have markets similar to Europe’s.

Those Who Oppose Renewables

Opposition to preferring renewable resources over fossil fuels is a major deterrent to such companies entering the US market.

“Unfortunately, a majority of energy is still being produced from coal and oil, and that is hurting the planet. This has to come to an end, but there is very strong opposition to this,” says Tarabek.

At the same time, big oil and gas companies have jointly spent about 1 % of their 2018 budgets on clean energy. European companies like Royal Dutch Shell, Total, and British Petroleum (BP) have spent on wind and solar power as well as battery technologies.

?? Germany commits to close all coal power ⚡️plants by 2038.

Will continue its transition to #RenewableEnergy including #SolarEnergy #WindEnergy #EnergyStorage. #ZeroEmission ? is the goal. @latimes https://t.co/6GfHzRYRPV

“Both Shell and BP, as well as others, are investing hundreds of millions into alternative energy production systems like ours in companies in Ukraine and Germany. They are working like hell, so you can be sure that one day they will switch,” he says.

Another challenge energy companies like Fuergy face is of finding investment. Tarabek says they are looking for investors who can help them get partners in an easier way.

This has to happen, because we must have more control over our energy spending

“In a business that involves both hardware and software, the need for funds is much more in order to get to the customer level,” he says.

Despite the challenges, our planet is progressing towards a time when we might not have a choice but to opt for such energy services. Hence, the demand for renewable energy will arise. As Tarabek says,

“There are many companies like us, but everybody is just starting. As far as I know, even battery manufacturers are working on similar solutions, because they know that this is what people will demand.”

Read only: Green concrete: how ecological engineering is helping protect our coastlines

So will most countries in the world have a decentralized energy-sharing system in place by say, 2030?

“This has to happen,” he says, “because we must have more control over our energy spending. For that, we have to start depending more on an alternative energy production, like solar or wind turbine-produced energy, or even nuclear energy.”

While companies like Fuergy are working hard towards fulfilling the need for sharing energy without wastage, challenges still remain. However, as awareness spreads, and a demand for greener energy rises, the tide will turn for global energy markets.