Do folders on the Google Drive domain suggest the end for Google Docs? 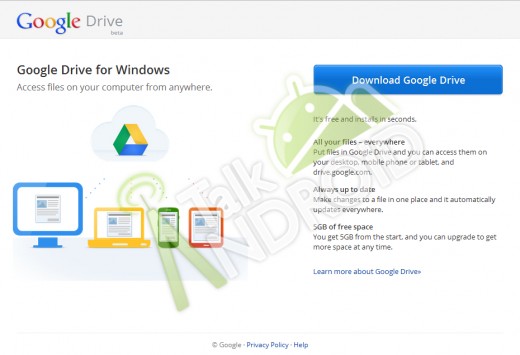 It looks like Google Drive will replace Google Docs, if directories referenced on the drive.google.com domain are an accurate measure. It also looks like it is possible to use a small part of Google Drive now.

Google Drive is expected to launch sometime this week, so while we might get a shiny new product from Google we might also be seeing the end, as some have predicted, to Google Docs as we know it.

According to the robots.txt file hosted on what is expected to be Google Drive’s domain, http://drive.google.com, the cloud file hosting product will have many of the same features as Google Docs.

The Google Drive robots.txt file (a simple text file used by website owners to control what search engines can index) is a near match of Google Doc’s.  However, Google Drive’s file lists four folders (/a/, /presentation, /folder, /templateabuse) that are not listed in Google Docs’ version.

This sounds quite techy and boring but let’s put it this way, if Google wasn’t using the domain it wouldn’t have a robots.txt file. The fact that it is so similar to Goolge Docs’ suggests there will be some similarities in the services.

Of these directories folder and gview are the most interesting (at the moment anyway).  The folder directory suggests that Google Drive will give us access to public folders via standard links (something Dropbox rolled out today).  Google Docs provides a similar service, but these folders are not indexed by Google.

As for the gview directory this folder performs the same action as Google Docs’ viewer and allows you to view PDF/PPT etc documents online (the viewer directory also provides this service). The Google Drive viewer also allows us to get a small glimpse of Google Drive in action.

The Google Drive domain is still branded as Google Docs but if you look at the address bar you’re clearly on drive.google.com.

If you open a PDF document using the Google Drive domain and click on File > Save in Google Docs you will be asked to log into your Google Account; although if you do you will get stuck in a re-direct loop [This might crash your browser].

It’s not much at the moment but it does imply that Google Drive will replace Google Docs in some format and, more importantly, Google Drive is close to launching on http://drive.google.com.