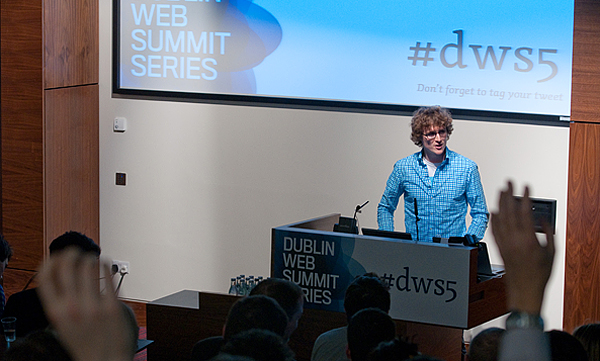 The Dublin Web Summit is now officially the largest start-up tech event in Ireland and the UK with almost one thousand of the world’s most influential business leaders, entrepreneurs, investors and media organisations attending tomorrow’s summer summit.

“While London has a few reasonably sized tech events, there’s nothing on this scale. It’s clear that the tech sector in Ireland is booming, so we should certainly continue to nurture it.

“Events like the Dublin Web Summit show the startup sector is flourishing. Everyday we hear about new startups doing well and the summit is about celebrating that success.”

The sixth Dublin Web Summit, taking place in the RDS, Dublin, will host another impressive list of speakers in an increasingly successful series. These include Marcus Segal, COO of Game Operations at Zynga, Mike Butcher, editor of TechCrunch Europe, Tariq Krim, founder and CEO of Jolicloud, Mike Downey, director of platform evangelism at Microsoft, Sam Barnett, founder of ad technology company Struq, and Jennifer O’Connell, founding editor of Ireland’s online news website The Journal. Other speakers include Emi Gal, founder and CEO of Brainient, and Eamon Leonard, co-founder and CEO of Orchestra.