The sixth Dublin Web Summit as it happens [Live] #dws6 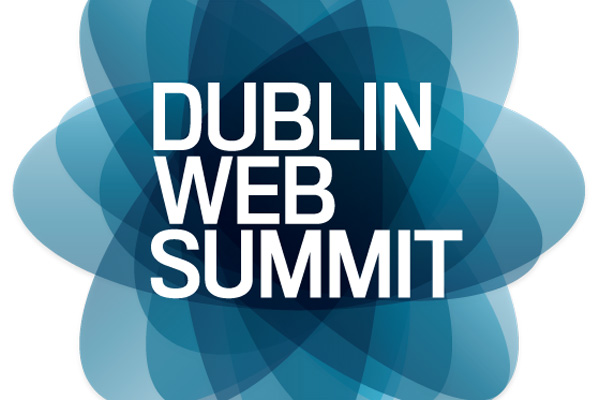 We’re at the sixth and largest Dublin Web summit today in the RDS, Dublin and will be live blogging the entire day’s proceedings. With a great lineup of speakers onboard and almost 1,000 of the world’s leading entrepreneurs, investors, business leaders and media organisations pledging attendance to this summer summit, it’s hard not to be inspired.

You can also stay updated by following us on Twitter if you prefer.

Segal: Personally interviewed and hired over 600 people at Zynga

Segal: Creating culture of recognition in management is key

Segal: Talking about styles of management and their impact on productivity

Segal: Must have specific measurable goals

Segal: Zynga games are “a new form of entertainment”.

Segal: Terrified at being keynote speaker. Will talk about managing.

Next and final speaker for today is Marcus Segal. Segal is COO of Game Studio Operations at Zynga. Zynga are a billion dollar social gaming company that produce the hugely popular FarmVille, CityVille, Mafia Wars and Zynga Poker games to name but a few. Zynga was founded in January 2007 and since then have experience tremendous growth. Growth that is undoubtedly fueled in part by Facebook’s phenominal acquisition rate of loyal and engaged users, but also as a result of the companies own ability to captivate such audiences and profit from this. Zynga have their European headquarters in Dublin.

Butcher: Are we in a media bubble? Moved to blogs because he knew print would be in trouble. News curation, aggregation is part of the future.

Butcher: How to get coverage on TechCrunch? Get pitched all the time. Have to stand out. Keep it short, create story of what you’re doing.

Butcher: No bubble in Europe! 1,000 attendee realising potential of web.

Butcher: Are we in another tech bubble? Public markets bubble. Infrastructure wasn’t there in .COM bubble but now it almost is.

Now on stage is Mike Butcher. Butcher is editor of TechCrunch Europe. Mike has been involved in journalism for a long time, writing for many British newspapers and magazines, including The Financial Times, The Guardian, The Times, The Daily Telegraph and The New Statesman. Recently, Mike has also appeared on the BBC’s The Apprentice show. He has gathered many awards during his ongoing career in journalism. In 2000, Mike was nominated as NetMedia’s European Internet Journalist of the Year and in 1998 TechCrunch Europe, under Butcher’s reign, was awarded best Web 2.0 and Business Blog in the UK by Computer Weekly magazine.

Downey’s talk is quite tech heavy

Downey: 49.2% of internet traffic is streaming media. 29.7% of downstream traffic in the US comes from Netflix alone.

Downey: IE9 show of hands, not many

Downey: Will focus on HTML5 in presentation

Next up is Mike Downing. Downey is director of platform evangelism at Microsoft where his main focus is Microsoft Silverlight. Prior to this Mike was an evangelist at Adobe, focusing on similar technologies; Flash, Flex and AIR. Downey has a long history and many years experience developing web software and mobile applications for the delivery of rick media.

Krim: Electronic manufacturing is a monopoly. Innovation is in software.

Krim: Apple has control on supply chain regarding the production of electronic devices

Krim: Silicon Valley can be replicated anywhere long as the appropriate workforce is available in that location

Tariq Krim is speaking on stage now with Paddy Cosgrave. Krim is founder and CEO of JoliCloud. The service launched in 2008 and allows users to manage web apps, files and services from one dashboard within a web browser (similar to what Google Chrome OS). Krim also founded netvibes.com in 2005, a personal dashboard housed within a web browser that allows users to monitor Twitter, Facebook, YouTube, and their favourite websites all from one place. In 2008 he was nominated a Young Global Leader by the World Economic Forum and is also the first French person to be awarded Top 35 Young Innovators Under 35 by the MIT Technology Review.

@electricireland giving away an iPad 2

Short break almost over, proceedings about to begin again

Gal: Video advertising will be massive

Gal: With Brainient tried to understand what main problems in video advertising industry are and try to solve these

Gal: Will talk about video advertising

Emi Gal now on stage. Gal is the twenty-five year old founder and CEO of Brainient – a London-based company that helps advertisers increase the ROI of their campaigns. The Romanian entrepreneur has been actively involved in a number of start-ups, including Skimbit / Skimlinks, eOk, BrainTV, and iHireyou. Emi also occasionally contributes to The Telegraph and TechCrunch.

O’Connell: Stepping down as editor of TheJournal.ie but staying involved. Susan Daly taking over as new editor next Tuesday. Talk ends.

O’Connell: Story about Darren Gibson quitting Twitter is highest traffic spike for one article with 203,000 pageviews

O’Connell: Designe product with demography in mind. This includes the 9 at 9, the daily poll, Take 5 at 5pm and The Daily Fix at 8pm.

O’Connell: Wanted the ability to share and shape news with TheJournal.ie

O’Connell: What is news? Answer not so straight forward now. Demise of single, all-knowing source. Readers travel from one source to another. News has become a conversation. Social media not just platform for breaking news, but engaging with it.

O’Connell: Begins talking about how TheJournal.ie started. Given opportunity to shape start-up from scratch.

Next speaker is Jennifer O’Connell. Jennifer is the founding editor of Ireland online-only news site TheJournal.ie which launched in October of last year. She is also a weekly columnist for The Sunday Business Post. O’Connell has fifteen years experience across varying media forms, including the RTÉ News and senior producer with Liberty Films.

Leonard: Software is more like live gigs that studio recorded albums. Live gigs allows for evolution of start-up and its software.

Leonard: Best bands have been playing music from a early age. Same applies for founders of tech start-ups.

Leonard: Draw parallels to learn lessons from mistakes of others

Leonard: Start-ups are focused solely at job in hand.

Leonard: Developer since late 90s. Side project Orchestra spinning out as new company this year.

Roe: 600 customer, doubling every year, 75% of which choose to renew yearly

Roe: Trying to be trusted brand in elective healthcare industry

David Roe from WhatClinic.com takes to the stage

Groarke: 5m students per year must pass exams to gain access to US/UK/Canada

Groarke: Imagine a world where students can interact with other students virtually

Ní Raghallaigh: 45 minutes of video uploaded every minute on YouTube

Ní Raghallaigh: Adding background music to video is a pain

With Zanadoo people love to book into salons onlines

Ronon Perceval talking on stage now. He is CEO of Phorest – described as the OpenTable of the hair and beauty industry

Barnett: Vision for company evolves. Once vision is being realised, one is not bound by limititations

First speaker Sam Barnett has now taken to the stage.

Paddy takes to the stage

Big shout out to @paddycosgrave to organising today’s event

Most attendees have taken their seats at this stage, #dws6 is about to kick-off