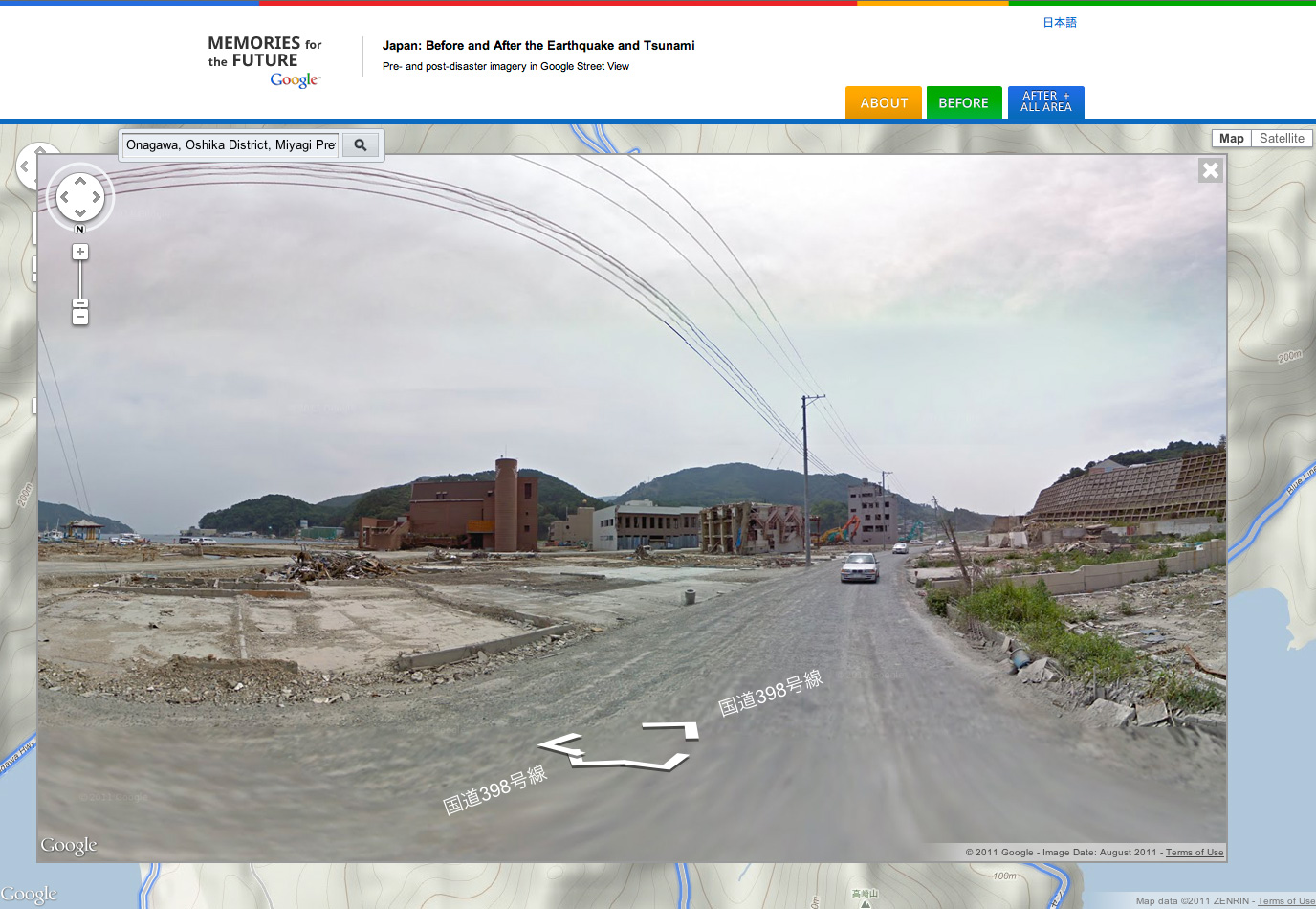 The Street View team announced in July of this year plans to digitally archive the areas most affected by the devastating earthquake and tsunami that hit Japan on March 11th. Today, they’ve published over 44,000 kilometres of 360-degree panoramic imagery, available to explore in Google Street View or through a specially dedicated website known as “Building the Memory“.

Idyllic mountain scenes are quickly over-shadowed by ones of destruction as you move nearer to low-lying coastal areas. 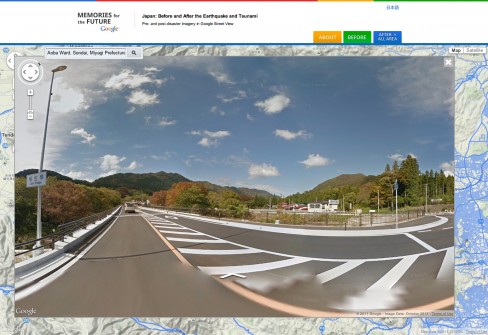 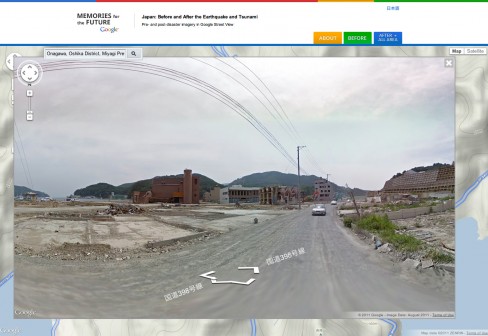 Senior Street View Product Manager Kei Kawai commented how a “virtual tour via Street View profoundly illustrates how much these natural disasters have transformed these communities” and that if you “start inland and venture out toward the coast, you’ll see the idyllic countryside change dramatically, becoming cluttered with mountains of rubble and debris as you get closer to the ocean”.

Images are date-stamped to provide context to viewers – the most requested Street View feature over the last few years.

Google has stated that this digital archive of one of Japan’s worst ever natural disasters is particularly useful to researchers and scientists studying the effects of natural disasters, but also to a wider audience who want to “better understand the extent of the damage”.

By archiving street-level imagery of Japan so soon after the disaster, Google are ensuring that memories of the event “remain relevant and tangible for future generations”.