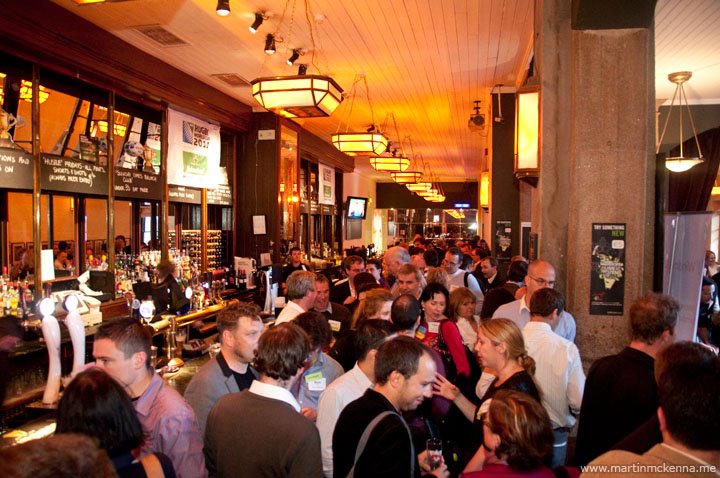 A section of the crowd at this week's Pub Summit. Credit: martinmckenna.me
1.62Kviews

With seven weeks to go until October’s Dublin Web Summit, a major keynote speaker from Facebook has been announced; Ethan Beard. Ethan is one of eight speakers announced this week, with over 60 speakers planned for October’s event.

Ethan Beard resigned as Google’s Director of Social Media in March 2008 to join Facebook, where is now serves as Director of the Facebook Developer Network, overseeing developer relations and marketing for Facebook Platform and Facebook Connect. Paddy Cosgrave, the events main organiser, stated that as a senior executive at Facebook in Palo Alto, it’s “great to have him in Dublin”.

Other speakers announced include;

The seventh Dublin Web Summit is really beginning to take shape, with a list of hundreds of attendees published on the official website. The Dublin Web Summit team have also published some photos of the Pub Summit held earlier this week on their Facebook page.

Along with official media partners Bloomberg, TechCrunch and Wired, RTÉ has announced that they’ll be officially covering the event. Of course, we’ll also be there on both days to cover all of the event’s proceedings.

Bitcoin vs Real estate? Which is the best investment for millennials…