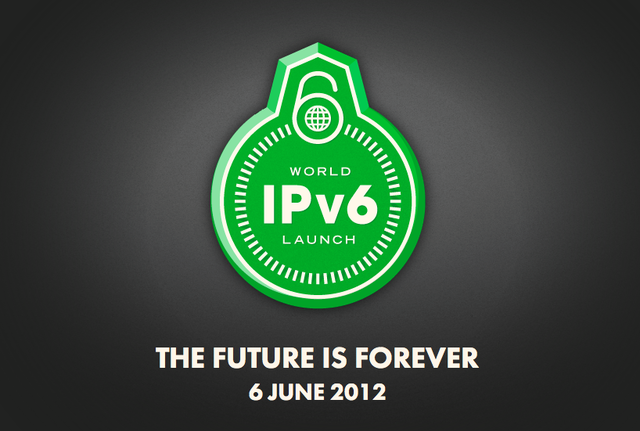 Building on the success of last summer’s World IPv6 Day – when the world’s largest internet companies took the next-generation internet protocol for a 24-hour test-drive – the Internet Society has scheduled its official, co-ordinated launch for June 6, 2012.

A speedy and successful transition towards IPv6 is crucial to the continued success of the internet, as the current specification’s address pool was officially depleted in early 2011. IPv6 will solve address depletion as it allows for a far greater number of IP addresses to be assigned.

Bing, Facebook, Google and Yahoo! will also enable their services permanently over IPv6, beginning June 6. In the case of Google this applies to most of their products, including Gmail, Google Search and YouTube.

It’s extremely unlikely that end-users will experience any issues relating to the changeover to IPv6, but for peace of mind check out Google’s IPv6 test page.