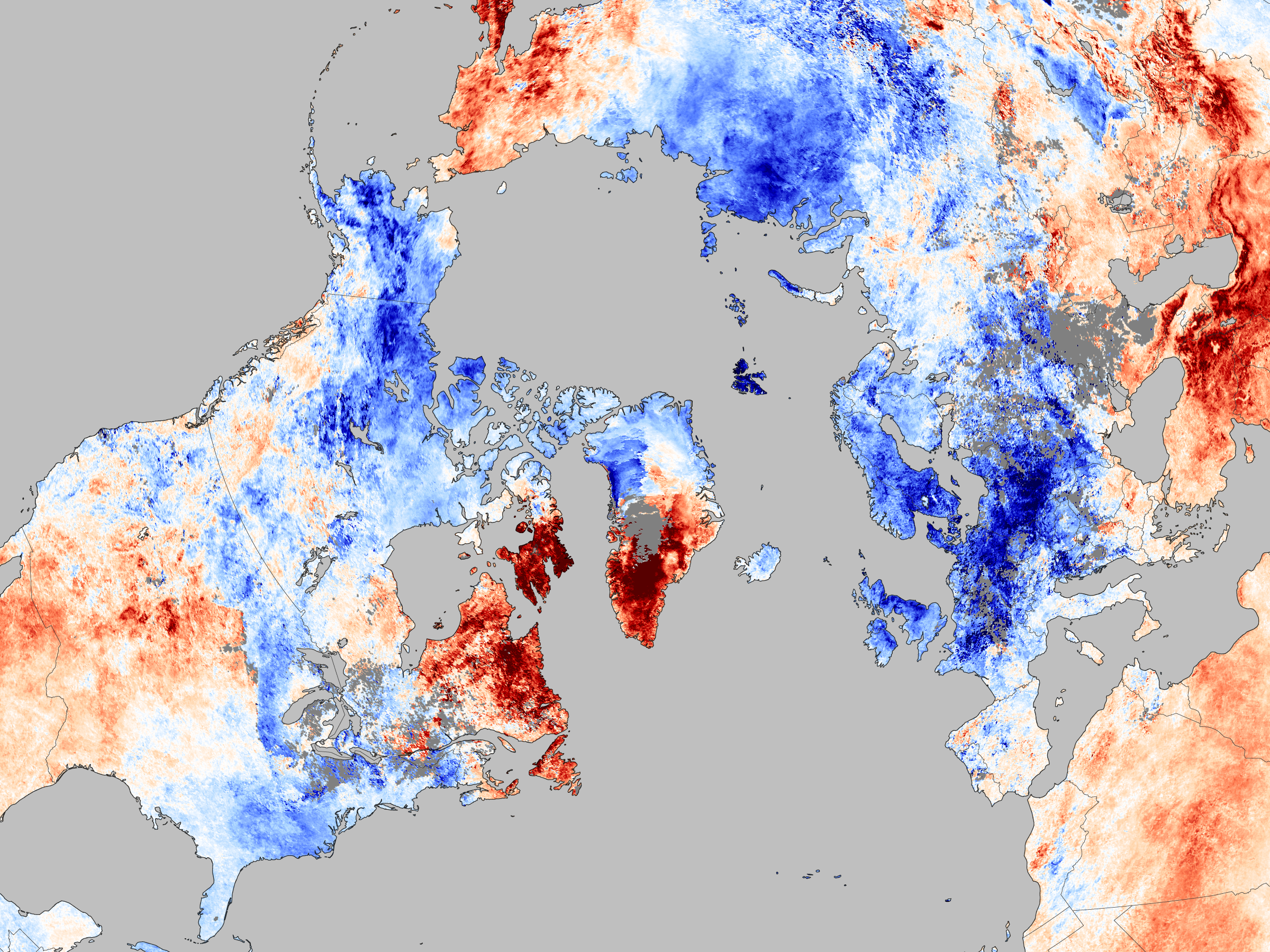 With temperatures in some parts of the UK and Ireland set to reach as low as 28°C on Monday night, many have been wondering why this winter has been especially harsh. According to NASA the reason is a natural shift the the location of the Gulf Stream called ‘Negative Arctic Oscillation’.

Writing on their Earth Observatory site NASA describes how the Gulf Stream, which usually bring mild air from the Mexican Gulf to the British Isles, has shifted from its usual path due to a belt of high pressure sitting in the mid-Atlantic. This oscillation has forced the stream further north bathing western Canada and southern Greenland in unusually warm weather while leaving Ireland, the UK and Northern Europe freezing cold.

This image was captures by the Moderate Resolution Imaging Spectroradiometer (MODIS) on NASA’s Aqua satellite. Click to enlarge.

Accompanying the report NASA also released a Google Earth file which shows in greater detail the cold temperatures which are disturbing Christmas travel across Europe. You can download Google Earth on Google’s website.

This interactive map, from NASA’s Google Earth layer, shows December 2010’s temperatures compared to the average temperatures for the same periods from 2000 to 2009. View this map on Google Maps.