Gmail’s new ads are about to invade your inbox 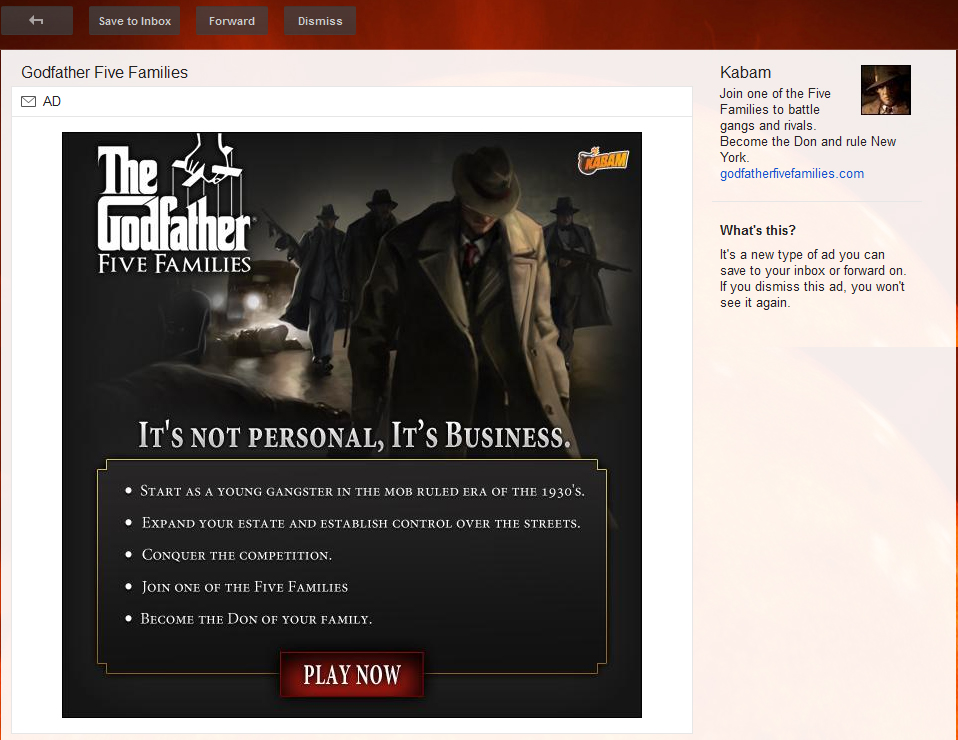 It’s hard to remember but when Gmail was launched in 2004 the free email service was a wee bit controversial.  At the time users were concerned that the content of their inbox was being used to target related ads to them (even if these ads were automatically placed).

Eight years later Google has taken another look and Gmail’s ads and has started releasing new ways for advertisers to reach their target markets through the site.  The most significant of which is Gmail’s new email-formatted ads.

If you haven’t seen them yet this is how they work.  When you open an email in Gmail you’ll see the usual text ads on the right of the screen.  But you might also see an ad which is formatted differently.  These ads look more like the Google+ profile data that now appears beside your emails than a traditional email ad.

The ads effectively take the form of a Google managed electronic direct mail (EDM).  Along with the new format, Gmail allows users to save these ’emails’ them to their inbox and to forward them on to their contacts.  And this is something that Google encourages you to do – describing the new ads Google explains;

“It’s a new type of ad you can save to your inbox or forward on. If you dismiss this ad, you won’t see it again.”

Although labelled as email ads Gmail provides limited functionality for you – all you are able to do is save the email to your inbox, forward it or dismiss it.  Although if you look at the code underneath the email Gmail seems to hint at added interactivity; a line in the code reads “By submitting data in the form below, you will be sending information to the advertiser”, this appears to be unused in the email ads that we’ve seen so far. Update: here’s an ad which includes an embedded form. 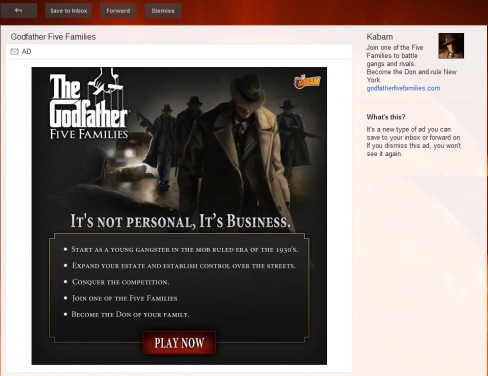 If you haven’t seen these ads yet and want to it is possible to get a preview of them.  To do this log into your Gmail account and open one of the links below.  The ads links have a standardised format (https://mail.google.com/mail/?ui=2&ov=1#ad/*series of five numbers*) so even though each ad will be targeted to your inbox’s content you can still look around at the other ads being sold through this system.

Google has been testing these ads for about a year, mainly in the US, and it appears that they are now rolling them out to international users. But are they a welcome addition to your inbox?

How NASA and the ISS captured a (SpaceX) Dragon