HomeScienceHow NASA and the ISS captured a (SpaceX) Dragon
Science

How NASA and the ISS captured a (SpaceX) Dragon 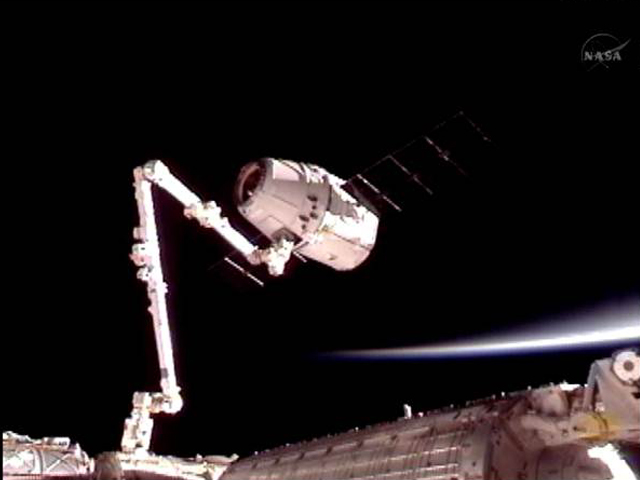 On Friday the International Space Station caught a Dragon by the tail.  Or that’s how the IIS crew described the grappling of SpaceX’s Dragon spacecraft – the first time a private craft docked with the space station.

The event was captured from several cameras, including some attached to the exterior of the ISS and some operated by the ISS crew themselves.  This video recorded by ISS astronauts shows the approach of SpaceX’s Dragon and its berthing to the ISS.

NASA Administrator General Bolden congratulated the NASA and SpaceX teams saying that they “locked the future direction of American space program in place” during their historic feat.  He said this “American victory…will truly revolutionize the way we carry out space exploration with the private sector taking over responsibility for transportation to the ISS.”

He went on to say that “this will free NASA to work on the really hard stuff, like sending our astronauts to an asteroid and eventually on to Mars…President Obama has set us on an ambitious path forward and challenged us to take the next, even more difficult, steps in [space] exploration.  Based on what I saw today there is no doubt in my mind that NASA and this nation are up to the task.”

Watch more videos of Dragon approach the ISS on the NASA website.