HomeWebOutlaw Snowden Lectures Law Students: ‘There is no oath of secrecy in the US’
Web

Outlaw Snowden Lectures Law Students: ‘There is no oath of secrecy in the US’ 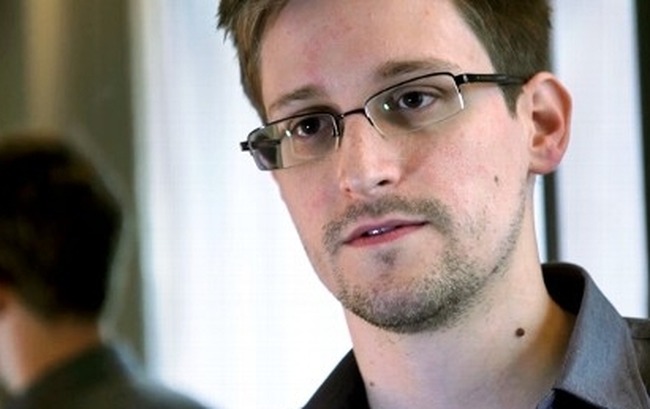 Whistleblower Edward Snowden appears via video call to give a lecture on civil rights, privacy, and surveillance to students at William & Mary Law School in Williamsburg, Virginia.

In a live video conference streamed by RT‘s Ruptly video agency today, Edward Snowden addressed accusations that he was an oath-breaker and he had put people’s lives at risk.

“One of the earliest criticisms of me was ‘Oh this guy broke an oath. He promised not to tell secrets,'” said Snowden.

With this defense, Snowden argued his position as a whistleblower to be one that upheld the ultimate law of the land, The Constitution.

Administrations may come and go, but the Constitution is what protects American citizens from a tyrannical government.

Speaking further upon the Constitution, Snowden remarked that at the end of the day, it is just a piece of paper.

“What gives the constitution power is our willingness to go to bat for it.”

The fact that people are willing to stand up for the Constitution “is an indication to me that the American spirit has not gone. It has not disappeared or vanished,” he told students at William and Mary.

The Constitution is; however, “under pressure” in the eyes of Snowden, and whistleblowers have an obligation to the American people and not to the government.

The method by which Snowden released his documents, he revealed, was through a carefully selected screening of particular journalists. He did not publish a single document, but rather handed over a cache to specific journalists in order to establish context.

If he were to have spoon-fed bits of information about the massive spy programs the US Government was using against its citizens, the sheer scope would not have been understood, he conjectured.

Snowden vowed that in order to protect lives, he gathered evidence of what he believed was criminal wrongdoing, and gave documents to journalists, so they could “understand the context as well as the smoking gun.”

After the NSA PRISM spy program bombshell dropped by Snowden and journalist Glenn Greenwald in 2013, a Pew Research report from 2014 revealed that a large majority of Americans didn’t feel secure online, and that they didn’t feel they had control over things like how their personal information was collected and used by companies.

“I have no intention of hiding who I am because I know I have done nothing wrong,” Snowden told The Guardian in 2013.