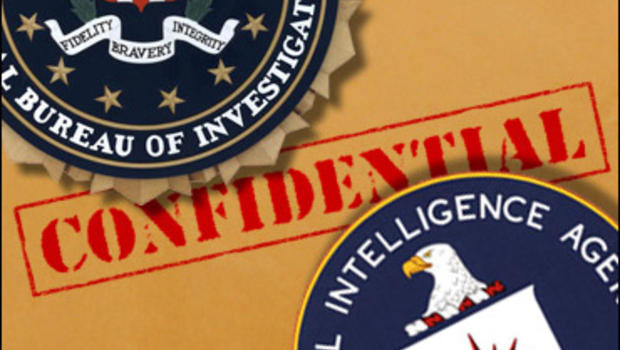 Steve Ballmer’s philanthropic foray began with a conversation with his wife, and a platform to monitor government spending is what he came up with.

However, USAFacts is “limited by the timeliness, availability, and consistency of data collected by government.” In the ultra secret realm of government spending, so-called “black budget” projects are almost never detailed.

These projects may be included in the overall budget, but their names, details, and missions are all kept private from the public.

In 2013 The Washington Post published an article with information provided by former intelligence contractor and whistleblower Edward Snowden that detailed the Intelligence Community’s secret black budget.

Some $52.6 billion was allocated to over a dozen agencies that make up the National Intelligence Program.

“Although the government has annually released its overall level of intelligence spending since 2007, it has not divulged how it uses the money or how it performs against the goals set by the president and Congress,” reported The Washington Post.

The United States Government, in particular its intelligence agencies, do not divulge how or where they spend their budget.

If Ballmer’s USAFacts is to have any authority or relevancy in how the government actually spends its money, it faces the seemingly impossible task of penetrating the most upper levels of secrecy in a government that is highly compartmentalized.

Even as far back as 1987, the Pentagon’s black budget projects were brought into light by journalist Tim Weiner of the Philadelphia Inquirer.

In his “sanitized” article available on the CIA website, Weiner stated that “by making $35 billion in defense programs invisible, the Pentagon is hurting national security.”

His report included to reveal that in the 1988 black budget more than 40% of the $8.4 billion allocated to air force research and development of strategic nuclear programs was kept secret.

Weiner further commented, “If the few black budget projects we do know about are any indication, it has become a hiding place not just for weapons and operations that should be secret but for those that are poorly managed or conceived.”

There were more than 10,000 government compartments that worked independently of one another to keep Congress and the general public in the dark, according to Weiner.

That was in the late 1980s. Fast forward to September 10, 2001 — the day before the 9/11 “terrorist” attacks that changed the future of defense spending forever, and Secretary of Defense Donald Rumsfeld reveals, “Our financial systems are decades old. According to some estimates, we cannot track $2.3 trillion in transactions.”

So far, we have been discussing the US Government’s allocations of taxpayer dollars into so-called black budget projects. But even then, we are not addressing how the government raises funding through other means.

Illegal drug trafficking is reportedly a major source of income for government agencies such as the DEA and the CIA.

Colombia’s most infamous drug lord, Pablo Escobar, “worked for the CIA selling cocaine to finance the fight against Communism in Central America,” according to the slain Medellin Cartel crime boss’s own son.

“The drug business is very different than what we dreamed. What the CIA was doing was buying the means to get the drug into their country and getting a wonderful deal,” wrote Juan Pablo Escobar.

Analyst Stephen Lendman argues that CIA drug trafficking began in 1947, and that “it continues today in Asia, Europe, the Middle East, South and Central America, facilitating the global supply of illicit drugs.”

Pulitzer Prize-winning journalist Gary Webb reported in 1996 “that a drug ring that sold millions of dollars worth of cocaine in Los Angeles was funneling its profits to the CIA’s army in Nicaragua, known as the Contras.”

Webb met fierce criticism for his accusations that the CIA was behind the crack epidemic of the 1980s, and his 2004 death was ruled a suicide.

One of the core aims of USAFacts is to answer “Where does the money come from and where is it spent? Whom does it serve? And most importantly, what are the outcomes?”

As a non-partisan, not-for-profit civic initiative without an apparent political agenda or commercial motive, USAFacts still has to rely on solely on government data.

However, just through the act of launching, USAFacts is achieving another one of its goals — “to spur serious, reasoned, and informed debate on the purpose and functions of government.”

In this respect, Ballmer has mine, and I sincerely commend his efforts towards bringing more transparency towards government spending.

The one part of USAFacts’ methodology that stands out particularly to me is when it says, “We have assembled this report consisting of unbiased government data so the American public can draw its own conclusions.”

Data in-and-of-itself may be unbiased, but the organization that releases the data — the US Government — is anything but.

If this article, which only covers a sliver of governmental black budget projects, is any indication of how secretive and biased the government really is, USAFacts definitely has its work cut out for it, and I wish the team all the best.