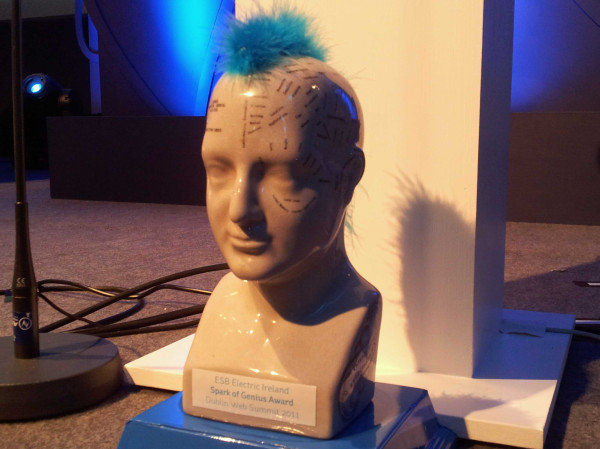 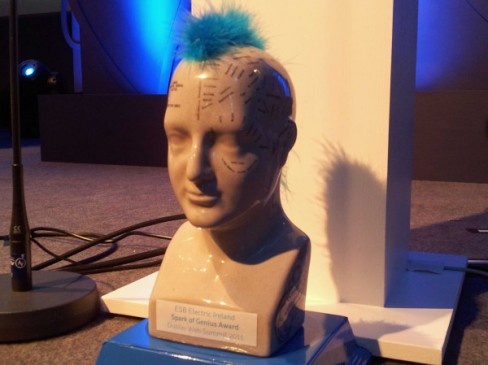 Redeem & Get wins Spark of Genius Award at #dws7

Redeem & Get has been announced as the winner of the ESB Electric Ireland Spark of Genius Award and will now receive a business support package worth €40,000 and an investment offer of €100,000 from ACT Venture Capital.

Redeem & get describe themselves as ‘Tweetdeck for daily deals’. They’re a service that allows businesses to manage customers of group deal offers online.

The announcement was made on stage by Annette Ni Dhathlaoi from ESB Electric Ireland this evening at the Dublin Web Summit. Redeem & Get were one of five of Ireland’s most promising start-ups shortlisted for the award; the list included Boxpay, Hittheroad, Vigill and Vocalytics.

Each of the five shortlisted start-ups showcased their respective products on stage yesterday, Thursday, at the summit and were questioned afterwards by a panel including Bebo founder Michael Birch, Dave McClure of 500 Startup and Mike Butcher, Editor of TechCrunch Europe and chairman of the judging panel.

The €100,000 investment offer from ACT Venture Capital will be in the form of a loan from their AIB Start-up Accelerator Fund which will help the company grow and eventually attract further investment.

As an example of the importance of this win to Redeem & Get, last year’s winner, Connor Murphy from DataHug, fittingly used the Dublin Web Summit’s stage to announce today that his company has just secured $1.5 million in investment in seed funding.

Dublin Web Summit: European VCs & angel investors are still behind but catching up with US