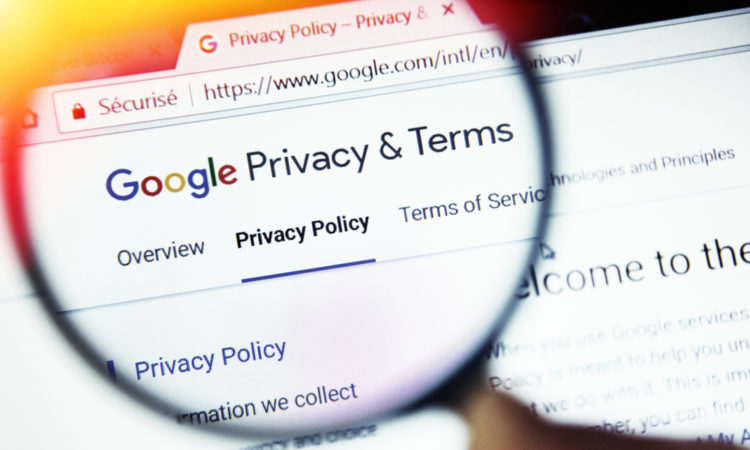 While companies like Google and Facebook want to show that they are taking ‘privacy’ very seriously, they will have to go far to win users’ trust.

At Google’s I/O event, amidst new features and products, CEO Sundar Pichai also emphasized on how Google is integrating privacy into its products. Some of the prominent changes announced were adding incognito mode to more Google services, new privacy commitments for Google products, and over 50 privacy-focused features added to Android.

In an op-ed published a few days back in The New York Times, Pichai said, “Privacy cannot be a luxury good offered only to people who can afford to buy premium products and services. Privacy must be equally available to everyone in the world.”

Google, among other tech giants, has been working on cleaning up its privacy image, an area where not many are faring well.

The company has been fighting back comments like that of Apple CEO Tim Cook, who took a shot at Google in a 2018 privacy conference, saying that modern technology has created a “data-industrial complex” where personal and private information is being abused by profit seeking platform-owners. A suggestion that Google offered free services in exchange for “surveillance,”.

Media experts are interpreting Google’s latest move in different ways, some calling it a PR gimmick, while others praising it.

“They’re sort of marginal improvements,” Jeremy Tillman, president of ad-blocking and anti-tracking software company Ghostery, told AP, “They are not bad, but they almost seem like they’re designed to give the company a better messaging push instead of making wholesale improvements to user privacy.”

The significance of these announcements are seen not just in their content, but in the fact that the issue of privacy is gaining tantamount importance; so much so that it is starting to hurt profits.

When marketing in big tech companies starts working on a concern, chances are, changes will be presented but that doesn’t mean they will actually happen.

Read More: ‘Google is aiding Chinese military’ while still on Pentagon advisory board

2018 showed privacy as the star concern among users, what with data breaches and leaks horrifying users. 2019 is still carrying the torch of privacy concerns forward, so that big companies must take notice and action.

At I/O, Google showed that its latest mobile operating system Android Q will inform users of apps that are using their location even when the apps are not in use. Users can select from three privacy settings:

Also, users can now fix a time as to how long Google holds on to certain types of information, although by default Google keeps user web activity information.

Like Chrome browser and YouTube, Google Maps and its search apps will also enjoy incognito mode. That means, when activated, the app won’t record user searches or movements.

What Happens to Google Ads?

In the op-ed, Pichai says ads are in the hands of the user, where he tones down the ad-profit side of Google. “A small subset of data helps serve ads that are relevant and that provide the revenue that keeps Google products free and accessible,” and, “if receiving a customized ads experience isn’t helpful, you can turn it off. The choice is yours and we try to make it simple.”

Google’s core business though remains ad-based, since it hasn’t moved away from providing free services in exchange for the user data needed to sell targeted advertising.

Plans are also in the wings to change Chrome so that users control tracking cookies, which follow web users on the Internet. If made possible, this move is expected to impact the digital advertising industry, because it would mean companies will have to reveal cookies used by third-party websites and advertisers to track users.

However, not all are warming up to this announcement. Princeton computer scientist Jonathan Mayer found it ‘unimpressive’ and told The Washington Post the advertisers would easily evade the scheme. “This is not privacy leadership — this is privacy theater.”

Data breach scandals of 2018 are still haunting companies like Google. Last year, a day after Pichai was questioned on data privacy, a group of Democratic senators proposed a new bill to protect personal online information.

Also, US Democrat Elizabeth Warren proposed breaking up tech giants like Amazon, Facebook and Google if she got elected as the US president in 2020.

Google might have to put in quite an effort to win over the trust of users, when it comes to privacy. Not just Google, last month, Facebook CEO, Mark Zuckerberg, dramatically announced ‘the future is private’ at the social media giant’s F8 conference.

Among several privacy features, Zuckerberg announced that Facebook’s plan to focus the whole company on privacy. He said that the infrastructure of Facebook’s services, which includes Instagram, WhatsApp, and Messenger, will prioritize end-to-end encryption, so that user messages are unreadable to other parties.

Facebook has faced a string of scandals regarding data breach and fake news.

Former Google CEO, Eric Schmidt’s departure from Google parent company Alphabet’s board last month was also seen as mysterious, since it happened when Google was facing internal agitation against its contracts with the US military, potential business in China, and reported cover-ups of sexual misconduct.

Google also faced a lawsuit last year over an issue about storing location data even after users had turned off location history settings.

Privacy on the web has become a ripe concern for users, especially since every app and platform means huge amounts of data that can be useful to many entities.

A 2017 study about the psychology of privacy talks about how trying to gain status quo epitomizes a loss of control. “Companies have the capabilities to precisely predict our personality, and users have no chances to prevent them from doing so.”

This loss of control is power in the hands of big tech corporates.

“Companies such as Facebook, Google, or Amazon have exhibited a substantial increase in private power. By now, they have become entities that provide a worldwide infrastructure. Apple, for example, determines for billions of people how to communicate, how to buy, and what information to attain,” according to the study.

The extent of knowledge and power that these organizations have now is unforeseen.

“The individual loses some of his or her autonomy, as social conventions and processes compel individuals to use very specific proprietary services. And second, because the lack of privacy is continuously increasing (especially due to big data), this can curtail political deliberation and become a threat for democracy.”