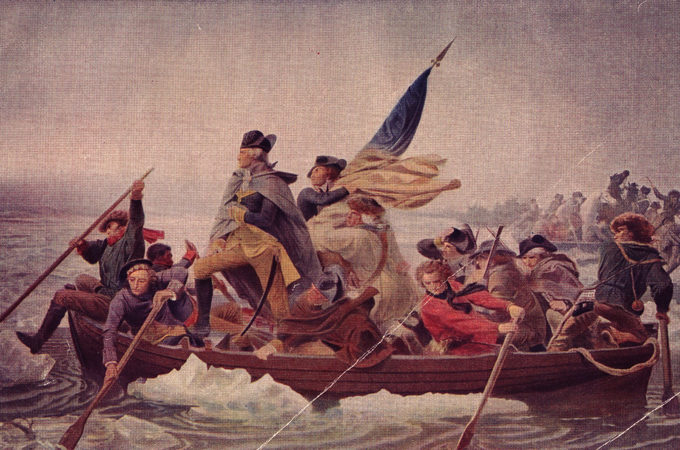 When an organization’s agenda does not fall in line with the people it represents, or within the ethical guidelines of its employees, citizens, or members, then that organization faces becoming a tyrannical institution.

Big tech is no exception as it is increasingly aligning with governments and militaries. While a solid military for national defense is considered necessary by citizens all over the globe, employees in the tech community are concerned that their work will be used not just for national security, but for tyranny and oppression at home and abroad.

Where there is an agenda, there will be a way to execute that agenda, and history tells us exactly how the agendas of the powerful manipulate their goals to the public to justify their means.

“If tyranny and oppression come to this land, it will be in the guise of fighting a foreign enemy”- James Madison

To continue the above quote attributed to James Madison, “It is a universal truth that the loss of liberty at home is to be charged to the provisions against danger, real or pretended, from abroad.”

The most pressing issue of today with regards to ethics in the tech community has to do with danger from abroad that is either “real or pretended.” Big tech companies have sided with governments over the “real” danger while employees and citizens scream “pretended!”

What is troubling is that the truth lies somewhere in between real and pretended, and traditionally, the main channel of information, the media, has been controlled by only a handful of corporations, and has been infiltrated by intelligence organizations like the CIA and the FBI.

In 1983, there were about 50 companies that had a stake in the US mainstream media. That number has now dwindled to about six.

Comcast, Rupert Murdoch’s News Corp., Disney, Viacom, Time Warner, and CBS control 90% of all the news in US. Comcast took over General Electric’s spot on the “Big 6” after mergers and acquisitions between NBC, GE, and Comcast.

As a result, smaller and more alternative sources of news have arisen, which have both provided news and opinions that differ from the mainstream, but both mainstream and alternative news sources have also been accused of providing “fake news.”

Knowing the real from the pretended is harder than ever, and the two terms are not objective either. Data can be skewed in any study to further an agenda.

With knowledge and information coming from differing sources, employees in the tech community have to inform themselves as best they can and derive their ethical positions from there.

Employees at Google are concerned that their work on creating a censored version of the search engine in China, Dragonfly, would be used to enable “state surveillance” and oppression.

Where did the group get the information to protest its own company? From the media — in particular The Intercept, which reported, “Google built a prototype of a censored search engine for China that links users’ searches to their personal phone numbers, thus making it easier for the Chinese government to monitor people’s queries.”

“Google compiled a censorship blacklist that included terms such as ‘human rights,’ ‘student protest,’ and ‘Nobel Prize’ in Mandarin,” according to The Intercept.

The same type of employee blowback is happening over at Amazon, whose employees cite the media for their protests against hosting Palantir on AWS, as well as selling Amazon Rekognition software to law enforcement and border control.

Amazon employees, too, took to Medium and referenced The Intercept, along with articles on CNN, and The Washington Post, which is owned by Amazon CEO Jeff Bezos, for their reasons to protest.

“Companies like ours should not be in the business of facilitating authoritarian surveillance,” the anonymous Amazon employee verified by Medium’s staff wrote.

“Voice or no voice, the people can always be brought to the bidding of the leaders” – Hermann Goering

The road to authoritarianism and tyranny is a delicate path to trod, and with a little coercing from those in power with access to communication channels, an entire population can be swayed.

The infamous Nazi Reichsmarshall and Luftwaffe-Chief Hermann Goering knew this all too well. In his last days during the Nuremburg trials, he confided in Gustave Gilbert, a German-speaking intelligence officer and psychologist.

“Of course the people don’t want war,” said Goering. “But after all, it’s the leaders of the country who determine the policy, and it’s always a simple matter to drag the people along whether it’s a democracy, a fascist dictatorship, or a parliament, or a communist dictatorship.

“Voice or no voice, the people can always be brought to the bidding of the leaders. That is easy. All you have to do is tell them they are being attacked, and denounce the pacifists for lack of patriotism, and exposing the country to greater danger.”

This is the same type of scrutiny that people working in big tech face. If they blindly follow their bosses and most of the media, they will certainly go along with their agendas to fight against a common danger, whether it be cyberattacks, fake news, or terrorism, and they will perceive that danger as being real and will justify their actions accordingly.

If the employees speak out, which they have done so, then their so-called patriotism can be questioned, but so far, the only real reaction by the part of big tech leadership is to either ignore them or tell them to work on other projects.

The same can be said of big tech as it has been intwined with government and intelligence agencies since its inception, and the relationship is only growing stronger.

Microsoft is another company coming under fire from its employees for supplying technology to the US Military. In October, employees “revolted” and once again took to Medium, citing various media sources, to protest Microsoft’s bid for the Pentagon’s $10 billion JEDI contract.

Revolt is a term normally used in the context of government, and is defined by the Oxford Dictionary as “taking violent action against an established government or ruler,” but that term is now reaching big tech.

Microsoft President Brad Smith wrote on the Microsoft Blog that Microsoft has been working with the US Deptarment of Defense (DoD) for over four decades, and that it will continue to do so, highlighting its bid for the Pentagon’s $10 billion JEDI Cloud contract.

While Microsoft gives its employees the options to work on other projects that fall more in line with their views, Microsoft will still continue to work with the DoD and the US military, as it has done for over 40 years.

“He’s the universal soldier and he really is to blame”

A battle looms between big tech companies and their employees. For an employee, knowing whether or not their company plans to use their technology for tyranny or oppression is of the gravest concern. For big tech companies, they must be transparent in their approach, free from secrecy, in order for their employees to trust them and to continue their work.

The idea is echoed in the song, “The Universal Soldier,” whose lyrics go, “He’s the one who gives his body as a weapon of the war and without him all this killing can’t go on.”

If big tech employees make an ethical choice not to continue work on projects whose means and ends are tyranny and oppression, then “all this killing” can’t metaphorically go on.

When enough people realize that all the power rests on their shoulders, and not on those of the institutions they work for, they will wake up to the fact that the agendas of their employers cannot succeed without them.