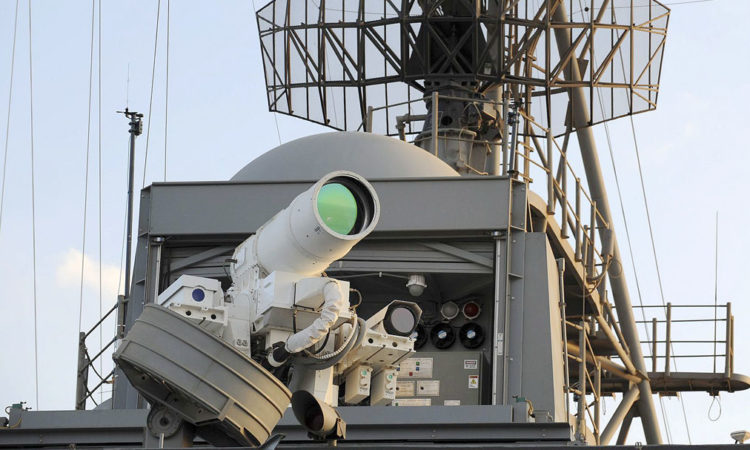 The 2018 National Defense Strategy (NDS) foresees that ongoing advances in artificial intelligence “will change society and, ultimately, the character of war.”

In response to the AI threat the Joint Artificial Intelligence Center (JAIC) was launched on June 27, 2018.

The JAIC is intended to enhance the ability for DoD components to execute new AI initiatives, experiment, and learn within a common framework.

Components will initially coordinate each AI initiative that totals more than $15 million annually with the JAIC in order to ensure that the DoD is creating Department-wide advantages.

“But we also have high-powered microwaves, which can be very effective”

Within the framework of the JAIC, DoD CTO and Under Secretary of Defense for Research and Engineering, Dr. Michael Griffin, is responsible for promoting the development of new AI technologies, systems, and concepts that support AI capability and delivery.

According to Griffin, unmanned vehicles in combination with swarm tactics are disrupting the way wars are fought.

To maintain the balance, or rather inbalance of power (depending on whose side you’re on) in favor of the US, DARPA’s vision is to have future small-unit infantry forces using swarms comprising upwards of 250 small unmanned aircraft systems (UASs) and/or small unmanned ground systems (UGSs) to accomplish diverse missions in complex urban environments.

“One of the things we see emerging even today is the unmanned aerial vehicle, unmanned ground vehicles, unmanned water vehicles,” said Dr. Griffin.

The Under Secretary then suggested using directed energy weapons as a means to counteract unmanned swarm attacks.

“For defense against them, one of the things that I think will be most promising is directed energy in one form or another. We often think about directed energy as large lasers, and I’ve certainly been involved with some of that for decades, but we also have high-powered microwaves, which can be very effective,” said Dr. Griffin.

“High power lasers can provide a solution to this challenge, as they harness the speed and power of light to counter multiple threats. Laser weapon systems provide additional capability for offensive missions as well—adding precise targeting with low probability of collateral damage.”

The DoD Chief Technology Officer who spoke on directed energy weapons, has also held numerous executive positions in the industry, including President and Chief Operating Officer of In-Q-Tel — the venture capital arm of the CIA.

Last week, DoD CIO Dana Deasy announced that the DoD was open for business in AI and introduced the newly-formed JAIC at the DoD AI Industry Day on November 28.

“DOD is open for business in AI,” Deasy said, adding, “our goal is for the JAIC to have and deliver the capabilities to solve very large, unique problem sets that touch multiple services. To this end, we’ll build out data sets, infrastructure and tools that the [Defense Department] components can use.”