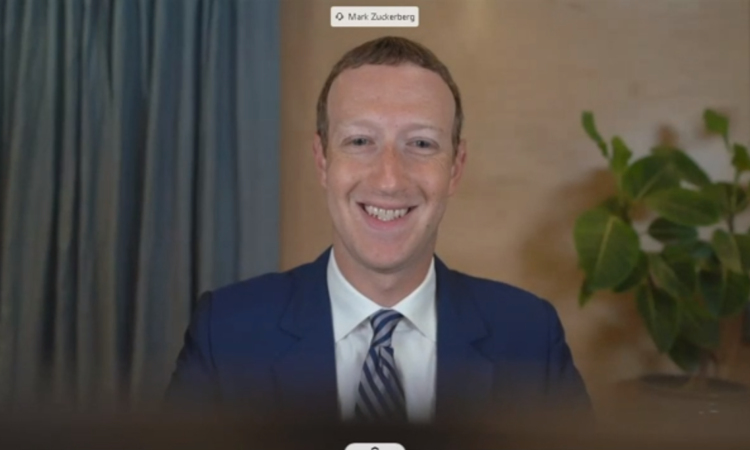 Facebook took its cue from the FBI before it decided to limit the distribution of the NY Post‘s “smoking gun” article, CEO Mark Zuckerberg testifies.

Facebook was relying heavily on FBI briefings regarding “hack-and-leak operations around a released trove of information” prior to suppressing the New York Post “smoking gun” article, according to Zuckerberg’s testimony before the Senate Committee on Commerce, Science, and Transportation today.

Additionally, the big tech company wanted to make sure that the New York Post story “didn’t spread wildly” while it was being reviewed by “fact checkers,” the Facebook CEO testified.

When asked by Senator Ron Johnson why Facebook censored the New York Post smoking gun story, Zuckerberg said that they “didn’t censor the content” and that the FBI had told them to be on “heightened alert around a risk of hack-and-leak operations around a released trove of information.”

Zuckerberg: We relied heavily on the FBI’s intelligence and alerts, both through their public testimony and private briefings that they gave us.

Zuckerberg: Not about that story specifically.

Johnson: Why did you throttle it back?

Zuckerberg: They alerted us to be on heightened alert around a risk of hack-and-leak operations around a released trove of information.

And to be clear on this, we didn’t censor the content; we flagged it for fact checkers to review, and pending that review we temporarily constrained its distribution to make sure that it didn’t spread wildly while it was being reviewed.

But it’s not up to us to either to determine whether it’s Russian interference, nor whether it’s true. We rely on the FBI and intelligence, and fact checkers to do that.

Zuckerberg admitted that Facebook had no first-hand knowledge of any Russian involvement in the New York Post article, but again referred back to relying on the assessments of the FBI.

The New York Post brought receipts in providing documentation found on Hunter Biden’s laptop, but Dorsey declared that those stories were censored because Twitter didn’t want to be involved in distributing so-called hacked materials.

What was the real reason the New York Post was censored? Senator Ted Cruz inquired.

Dorsey: So, the policy is around limiting the spread of materials that are hacked. We didn’t want Twitter to be a distributor for hacked materials. We found that the New York Post — because it showed the direct materials, screenshots of the direct materials, and it was unclear how those were obtained — that it fell under this policy.

The Twitter CEO added that they later realized that the material in the New York Post story wasn’t actually hacked, and he said that Twitter lifted the ban and updated its policy within 24 hours.

Dorsey: Yes, they have to log-in to their account, which they can do at this minute, delete the original tweet, which fell under our original enforcement actions, and they can tweet the exact same material, the exact same article, and it would go through.

Both Zuckerberg and Dorsey mentioned suppressing content that could have potentially contained hacked material, despite the fact that the source material in question came directly from Hunter Biden’s laptop via a computer repair shop.

So, for Facebook, it was the FBI tipping them off to a risk of leaked hacks that could contain “a trove of information” that aided Facebook’s decision to preemptively censor the New York Post.

For Twitter, it was for “showing direct material” to back up its claims that got the story censored, combined with Twitter’s wrongful assessment that the source material was hacked and went against its policy on hacked materials.

Both Dorsey and Zuckerberg have agreed to give voluntary testimony before the Senate Judiciary Committee on November 17, two weeks after election day.