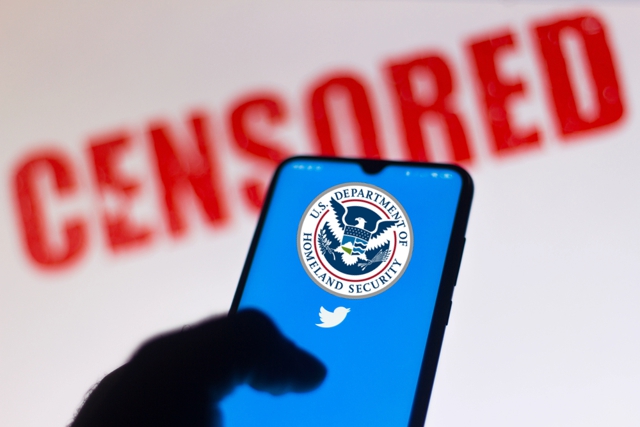 It should not be up to corporate bureaucrats to determine what security information the American public receives. https://t.co/9WzHcn4HLn pic.twitter.com/4lHJW5vEpZ

Today, DHS Acting Secretary Chad Wolf berated Dorsey in an open letter claiming that Twitter intentionally censored a tweet from the Customs and Border Protection (CBP) acting commissioner for no other reason than “ideological disagreement with the speaker.”

Wolf claimed that Twitter’s censorship of a government official endangered national security and called on Dorsey “to commit to never again censoring content on your platform and obstructing Americans’ unalienable right to communicate with each other and with their government and its officials.”

You can check out the censored tweet from CBP Acting Commissioner Mark Morgan below, which was unlocked “only after CBP reached out to Twitter’s office of government affairs a second time and went public with this censorship,” according to Wolf.

“The Acting Commissioner’s tweet did none of these things. Read it. Watch the video,” he added.

Back online after Twitter lock out for ~20 hours. @Twitter’s censorship should outrage every American. Not only did Twitter block me from posting, they BLOCKED YOU from the TRUTH.

Morgan wrote in a public statement:

Twitter blocked the CBP official’s account the same day that Dorsey was grilled over censorship before the Senate Commerce Committee.

In his open letter, Wolf told Dorsey, “It is dangerous and damaging when any publisher arbitrarily and unfoundedly decides, as it did here, that the facts and policies of a particular Presidential Administration constitute “violence”—in order to censor them.

“And in the case of Twitter, this can cut off an essential mode of communication between US Government officials and the public. In doing so, Twitter is sabotaging public discourse regarding important national and homeland security issues.”

Parallel18, the accelerator from Puerto Rico, provides funding for 39 startups impacted by COVID-19