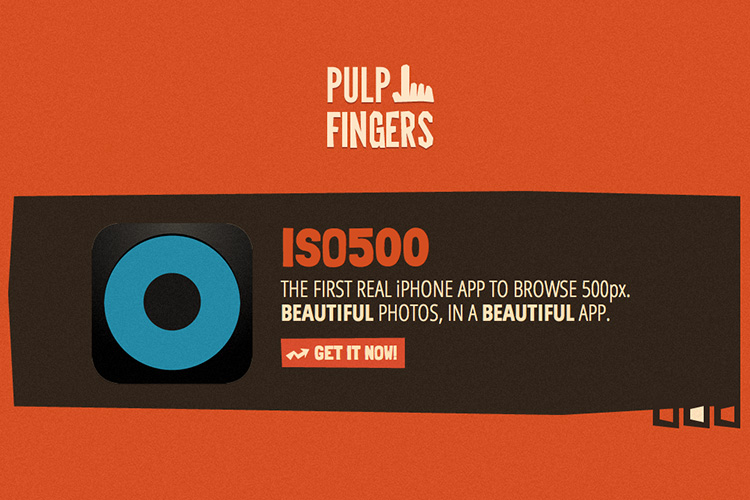 The all-stock deal, which can only be described as an acqui-hire, is reported to be in the “low seven figures” range.

Pulpfingers has already developed an app for 500px that allows users to browse photos, but also upload their own (premium feature) and share. Earlier this month, Pulpfingers stated on its company blog that it would cease development of its Flickr app Photopular and actively encouraged users to migrate to 500px, citing that Flickr “is of another era”.

Pulpfingers’ founders David Charlec and Jerome Scheer will transition to working full-time at 500px in Toronto over the next few months, but their base in Strasbourg, France will be maintained as a foothold for 500px in Europe.

500px CEO Oleg Gutsol informed TechCrunch of one of the main reasons they decided to acquire the French startup;

“It’s been our intention to increase our presence in Europe and we’ve been looking for the right opportunity. We have huge numbers of photographers in Germany, France and Spain, so a central presence in France makes a lot of sense.”

What to ask when buying a smartphone