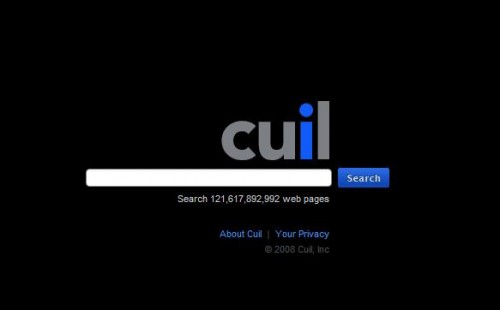 Cuil
2.01Kviews
Alternative search engine Cuil has shut down permanently after a little over two years in operation. Launched on July 28, 2008 by Stanford professor Tom Costello and former Google search architect Anna Patterson, Cuil confirmed on September 17, 2010 that the service had ended.

Cuil boosted about having a very largest search index, 127 billion pages in February 2009. However, even with such a large index the site under-performed and peaked at 0.2% of worldwide internet traffic in July 2008, with this figure steadily decreasing since. The site reportedly suffered from low relevancy results and poor load time performance, so the news of its closure comes as no surprise.

Have you ever used Cuil and what were your impressions? Let us know in the comments.