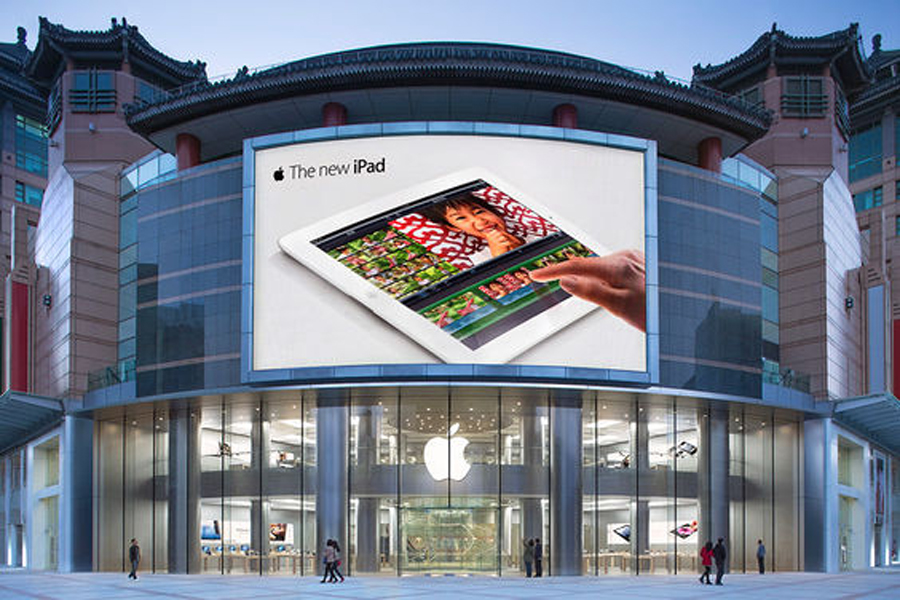 It’s the one of the biggest market for smartphones and one of the youngest so it’s not surprising that Apple is investing a significant amount in mainland China.

Today the company opened its largest store in Asia in the centre of Beijing.  This is the sixth shop that Apple has opened in China and with it the company is making a strong statement about its intentions in the country.

Apple’s new store is situated in the centre of the city, taking up three floors amounting to over 2,300 square metres (24,750 square feet).  And Apple’s moves in the country are not without warrant – the AFP reports that, as is often the case during openings in Europe and America, dozens of people waited outside of the store prior to its official opening.  Apple made a $13.3 billion in China between 2011 and 2012 and has already reported $12.4 billion this year.

Apple hopes that the store will help it dominate the growing Chinese market.  As far back as March 2012 the world’s leading app analytics firm, Flurry, reported that Chinese users activate more iOS and Android devices than any other country.

The timing of the store’s opening couldn’t be better for Apple, which is set to make an important announcement on October 23.  While the nature of the announcement is still secret most expect that the company will reveal its much anticipated iPad Mini – which the company hopes will let it further widen its lead in the tablet market and make up for some slight loss of ground against Google and Amazon.  These competitors have been biting at Apple’s heels with their Kindle and Nexus 7 tablets.