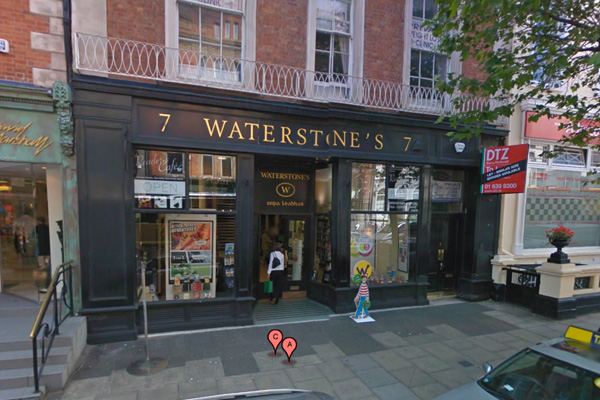 Waterstone’s have today announced the forthcoming closure of two popular Dublin outlets this Sunday, February 6th. The bookseller will close the iconic Dawson Street and Jervis Centre stores where forty-six people in total are employed.

Along with the two Dublin store closures, nine stores in the UK will also close at the end of this week. A spokesperson for the company said that “where possible we’ll be looking to redeploy staff”. Waterstone’s stores in Ballymena, Belfast, Coleraine, Cork, Drogheda, and Newry will all remain operational.

These are the first such outlet closures by Waterstone’s after it was announced last month that they would close up to fifty stores by January 2012. Waterstone’s currently own more than three-hundred stores in Ireland, the UK, and Europe.

Once again Twitter is responsible for breaking the news to the masses. The news of closures appears to be first announced by Sunday Times money editor Margaret Ward (@MargaretEWard) with this tweet at 16:04:48 today,

@newstalkfm Waterstones Dublin to close with loss of 50 jobs.