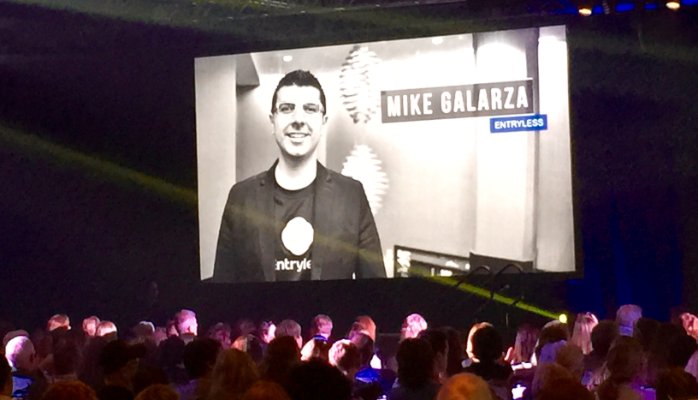 Badass Mexican immigrant and graduate of the Founder Institute in Silicon Valley, Mike Galarza’s story is just as remarkable as the SaaS company he founded, Entryless.

Named one of the “13 badass immigrants in technology” by Business Insider, CEO and Founder of the Accounts Payable Software as a Service, Entryless, Galarza had to work late nights on his startup while grinding through his day job, all while delicately tip-toeing about the US immigration process.

The entrepreneurial itch came to Galarza after attending a talk by PayPal co-founder Peter Thiel at Stanford University in 2010. The inspiration led the young Latino to take a closer look at the way his former employer handled financing and accounting.

“While there, I realized that cost management and financial compliance is any company’s worst nightmare,” the entrepreneur told FWD.us. “After talking with my peers, I learned that they were experiencing the same problem within their own companies.”

His journey; however, was riddled with red-tape, Visa troubles, and counting the hours at his day-job while pursuing his dream of founding a company throughout the night.

“Immigration law prohibited me from simply quitting my salaried job as a finance manager for a large manufacturing company to found a startup,” Galarza wrote in Quartz. “I first had to request a legal status change to E2 classification from the US Citizenship and Immigration Services. The E2 would allow me to remain inside of the US and work, with control of an initial investment of at least $100,000.”

The young entrepreneur was able to overcome all diversity, and now Entryless frees up staff resources by crunching and syncing all accounts payable data into accounting systems where companies never have to manually enter a bill into their accounting systems.

Winner of the IBM SmartCamp 2013 in Mexico and a 4.5/5 rating on GetApp, Entryless has soared to be one of the most influential intelligent accounts payable solutions aimed at reducing the time and manual effort spent on processing bills.