Over 300 leaders in business, govt, academia will help shape a resilient economic system for a post-COVID future 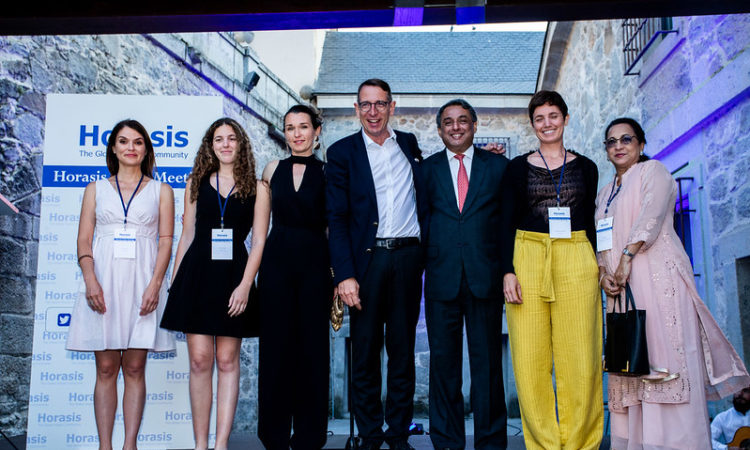 For the first time in its 12-year history, global visions community think tank Horasis will open up its India Meeting to the public by livestreaming the event that will bring over 300 visionaries onto one digital platform.

As events all over the world go virtual in the wake of the COVID-19 epidemic, they create a unique opportunity for members of the public to virtually attend.

In previous years, you would’ve had to have a special invite and travel throughout Europe to attend the Horasis India Meetings, but now anyone in the world with an internet connection can sit-in on discussions that address some of the most pressing issues facing India’s future.

The Horasis India Meeting takes place June 22 (on Indian Standard Time), registration is free, and all you need to register is an email address.

“Now is not the time to allow inward-looking policies to prevail” — Dr. Frank-Jürgen Richter

“As India and the rest of the world battle the COVID-19 pandemic and its economic fallout, it is up to the engines of globalization to work together with international partners to collaborate on best practices to collectively combat this crisis,” said Horasis Founder and Chairman Dr. Frank-Jürgen Richter, in a statement.

“The Indian government is a good example of a nation working collaboratively to offer up their commercial, technological and scientific might in the international battle against the virus and its many ramifications,” he added.

This year’s scheduled panel discussions include:

The Confederation of Indian Industry (CII) will once again be co-hosting this year’s event, which will gather over 300 of the most senior members of the Horasis Visions Community — including prominent ministers of the Government of India, chief ministers of Indian States, and some of the country’s best-known business executives — to jointly inspire India’s future.

“It is even more important now, than ever, for our government and business leaders to work together for India’s future” — Chandrajit Banerjee

“Over the past few days, the Indian government has unveiled a slew of measures that would help the Indian economy battle and recover from the adverse impact of the coronavirus crisis,” said CII Director General Chandrajit Banerjee, in a statement.

“With its focus on promoting ‘Atma Nirbhar Bharat’ or a Self-Reliant India, transformational reforms have been introduced across several key areas, which will be instrumental in rebuilding Indian economy and paving the way for sustained economic revival.

“It is even more important now, than ever, for our government and business leaders to work together for India’s future,” he added.

At a critical moment when India and the rest of the world face the worst pandemic and resulting economic fallout in over a century, over 300 delegates from India and around the globe will convene online to debate and develop solutions for dealing with the current crisis to help shape a durable and resilient economic system for India and the world’s, post-COVID-19 future.

Introduced 12 years ago, the Horasis India Meeting has become the foremost annual meeting of Indian business leaders and their global counterparts. With this meeting, Horasis offers business and government to discuss a wide range of issues related to the Indian economy.