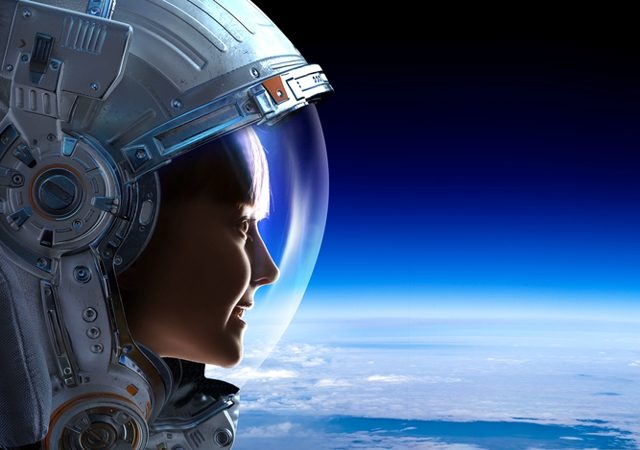 NASA’s Artemis program looks to land the first woman and next man on the moon by 2024, which will accelerate America’s path to Mars while providing more opportunities for space commercialization, according to the administrator of NASA.

Today, NASA Adminstrator Jim Bridenstine briefed the Senate Committee on Commerce, Science, and Transportation on NASA’s latest challenges, developments, and the reasons for going back to the moon.

While low-earth orbit is being rapidly commercialized, Bridenstine contended, “What’s happening in low-earth orbit, as awesome as it is, pales in comparison to what we’re going to see when we land the first woman and the next man on the surface of the moon under the Artemis program.”

“We’re going to the moon for a lot of really important reasons, but the chief reason to go to the moon is because it accelerates our path to Mars,” said the NASA admin.

“And we believe it is important for the first person to land on Mars to be an American astronaut, and we want to make sure that when we do go to Mars, we go with our international partners,” he added.

With the Artemis program, NASA is looking to go back to the moon by 2024, and it has every intention of staying.

According to NASA’s plan for a sustained lunar presence, “Americans will return to the Moon in 2024. Following this 2024 landing, we will develop a sustained, strategic presence at the lunar South Pole called the Artemis Base Camp.

“Our activities at our Artemis Base Camp over the next decade will pave the way for long-term economic and scientific activity at the moon, as well as for the first human mission to Mars in the 2030s.”

Going forward to the moon and beyond to Mars, NASA will look to its commercial programs as inspiration.

NASA has demonstrated its capabilities to work with the private sector through efforts such as Commercial Resupply, which has enabled a successful partnership with two American companies to resupply the International Space Station, and Commercial Crew, which is a partnership to develop and fly human space transportation systems.

“Our goal is to figure out how do we have a program where we go to the moon and stay, and that commercial capability is ultimately what we think is a big part of that success that we’re going to see in the future” — NASA Administrator Jim Bridenstine

“If we’re going to go to the moon as quickly as possible, how do we want to organize our efforts?” Bridenstine inquired, adding, “the decision that we made is that we’re going to model this after commercial resupply and commercial crew.

“And so we said we’re going to partner with commercial industry to go sustainably to the moon […] with the intent that they get customers — maybe not initially, but eventually — that are not NASA […] and if we can do that, we can drive down costs, we can increase access, we can have sustainability at the moon, which the Apollo program never delivered on, and that’s ultimately our goal.”

“Our goal is to figure out how do we have a program where we go to the moon and stay, and that commercial capability is ultimately what we think is a big part of that success that we’re going to see in the future,” he added.

“This is a very exciting time for the agency as we move rapidly to commercialize space, but it’s not just about commercial resupply and commercial crew.

He added, “The goal that we have is ultimately for NASA to be one customer of many customers in a very robust, commercial marketplace for human activities in low-earth orbit.”

“But also, we want to have numerous suppliers that are competing against each other on cost, and on innovation, and on safety. And we have achieved that with commercial resupply — now commercial crew. We also want to start now commercial habitation, so commercial space stations themselves.”

He said that while the International Space Station has been an asset to the US, one day it will come to the end of its useful life.

“And when that happens, we need to have funded the resources necessary to commercialize low-earth orbit for habitation.”

One of the many challenges of commercializing low-earth orbit is the amount of space debris that has cluttered the domain, some of which had some close calls, and one called for evasive maneuvers to protect the International Space Station.

“Low-earth orbit is where all of these constellations want to be.

“The challenge is we don’t have, as a nation or even as a world, a robust architecture for how we’re going to integrate all of these capabilities into this small space, and it’s becoming more and more of a problem.”