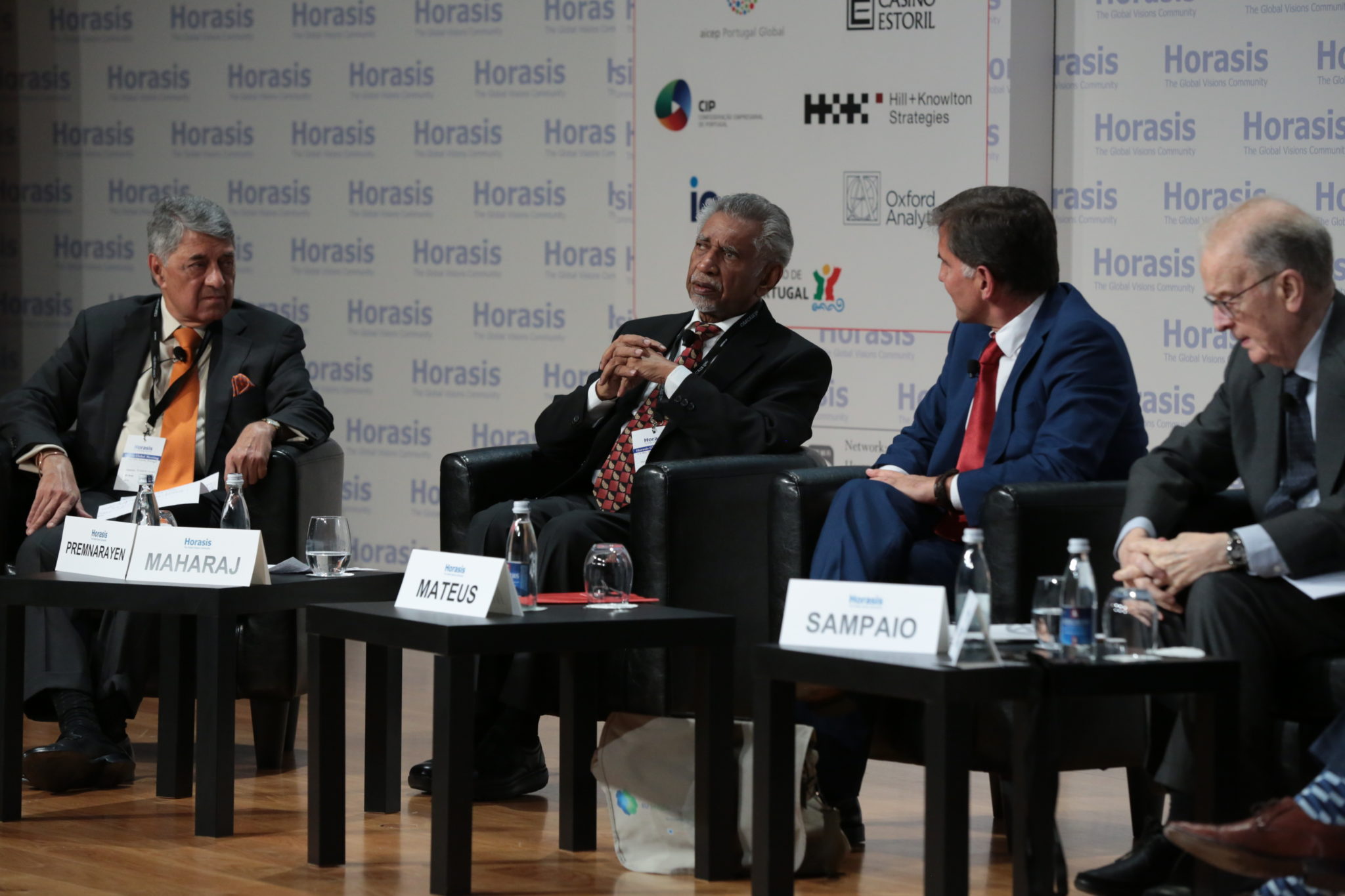 The legacy of Nelson Mandela was on display this weekend at the Horasis Global Meeting in Portugal where world leaders and friends paid tribute to the late statesman on the centenary of his birth.

Nelson Mandela cherished the ideal of a democratic and free society. He was charismatic and a tenacious visionary whose integrity and forgiveness inspired global leaders.

I remember how, in that cold and soul-deening loneliness of the prison cell, he wrapped his pain in a blanket, sat motionless and expressionless, when he learnt on different occasions on the death of his mother, of the passing on his son Thembi, and of the torture that comrade Winnie was subjected to in detention without trial.

“I remember those moments because, while many knew of the brutalities – both physical and psychological that we detainees and prisoners experienced and admire us for surviving – few know that the greater pain we underwent was the agony, suffering and torture of our families outside – our spouses and children […] I remember a rare moment when Madiba almost assaulted a warder for denigrating his wife, Winnie,” Maharaj recollected. 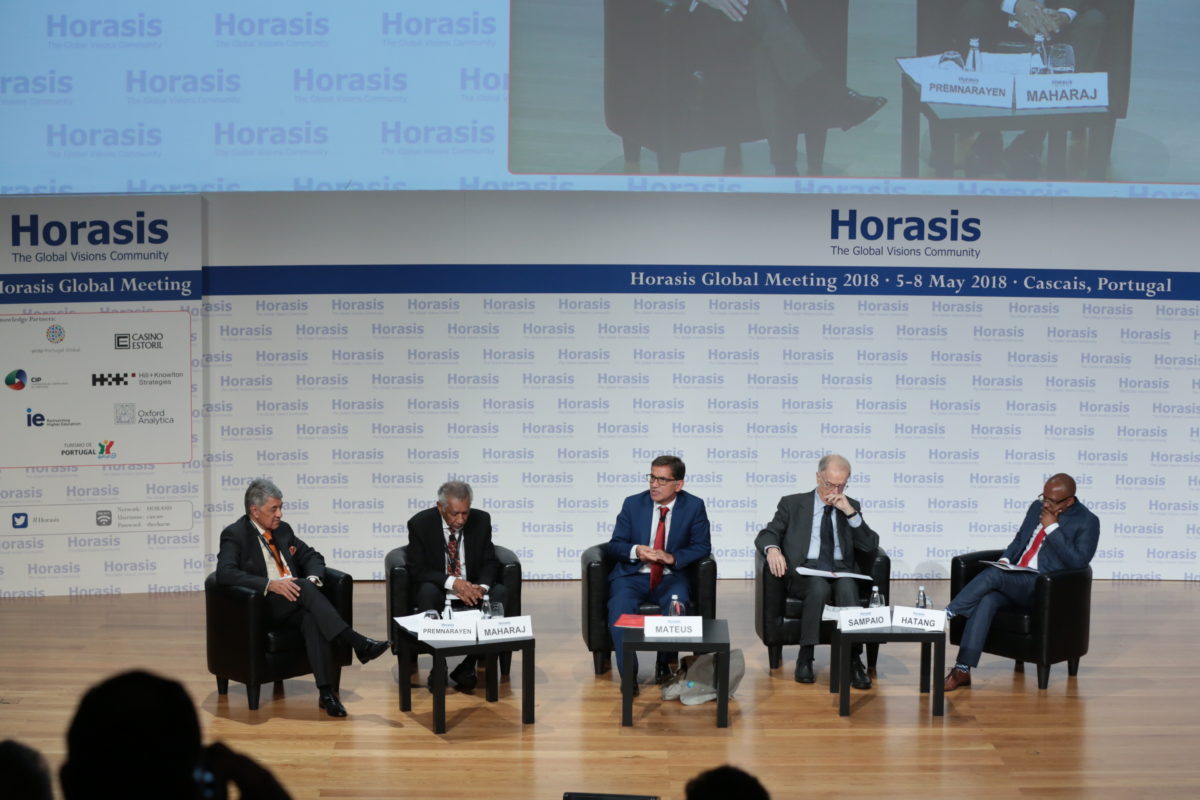 Panel on Nelson Mandela at Horasis Global Meeting, May 5, 2018

The panel at the Horasis Global Meeting, which included Maharaj; Sello Hatang, Chief Executive of the Nelson Mandela Foundation; Deepak Premnarayen, Chairman at the ICS Group; Jorge Sampaio, the Former President of Portugal; and António Mateus, Presenter for Portuguese Public TV (RTP) and the author of two best-selling books on Nelson Mandela, sought to address the question of how we can translate Mandela’s legacy into our time.

There have been numerous times where people spoke about business in the context of Nelson Mandela, recalled ICS Group Chairman Deepak Premnarayen, who was a friend of Mandela’s.

These lessons include the importance of developing a capacity for self control, the need to be a great listener, and his belief in lasting agreement.

“People who conquer the world wait for the right time, unfettered.” – Deepak Premnarayen

At the closure of the panel the memories of Mr. Mandela and the implications of his legacy on the business community were reflected upon. Mr. Maharaj used an example of rugby and the Springboks team, which were still considered symbols of the white ruling class, as an example of bringing different parties together.

“Mandela walked onto that field as the President of the country wearing the Springbok’s Francois Pienaar’s number 6 jersey, wishing both teams success. The audience was 90% white and spontaneously began to shout, “Nelson! Nelson!”

“Mandela brought together people who disagreed with him,” said Mr. Premnarayen.

Two years later racism was under scrutiny in front of the South African courts. Louis Luyt went to court to argue that the Rugby Union was private and could exclude black players. Mandela wrote an affidavit that was ridiculed by the judges as “false.”

“The first thing he did in court was to shake hands with Louis Luyt,” Mr. Maharaj said, noting the political risk involved in Mandela’s actions.

“He was doing this to make sure that the people of South Africa were going to respect the institutions of justice.”

Speaking of his time in prison with Mandela, Maharaj added, “I remember those moments of pain and helplessness that were visited upon Madiba and understood how they planted within us an everlasting sense of guilt that we failed our families when they needed us most; that the honor of serving the cause of freedom belongs to them.

“When shall we bring their deeds out of the shadows, to shine the light on them?” Mr. Maharaj beseeched the audience.

Founded by Dr. Frank-Jürgen Richter, the Horasis Global Meeting is taking place May 5-8 in Cascais, Portugal.

This year’s Horasis Global Meeting brings together 600 world leaders including chief executives, heads of state, and royal families to discuss how to jointly inspire our future.

You can find out more about Dr. Richter’s vision in our in-depth interview on The Sociable here.