“We have a very simple model. For every product we sell, we provide a meal to someone in need through one of our partner soup kitchens” — Nunbelievable CEO Bryan Janeczko 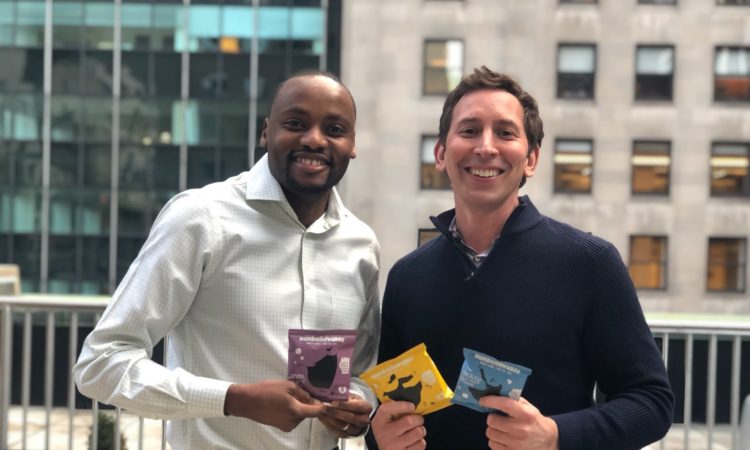 Talk of hunger evokes sadness, suffering, and sorrow in most people, but a rising purpose-driven social venture is combating the scourge of food insecurity in a fun, empowering way, armed with a sweet weapon: cookies.

“It’s a delicious way to end hunger,” Bryan Janeczko, CEO and co-founder of Nunbelievable, told The Sociable about the mission of his baked goods company, his face beaming with a kind of delight that one savors when taking a bite of a heavenly cookie.

Mixing compassion, action, and positivity into a recipe he has devised for the vision of his soul-touching project, Janeczko aims to donate one million meals through his enterprise by the end of 2020 and has already set a more ambitious target.

“We have a very simple model. For every product we sell, we provide a meal to someone in need through one of our partner soup kitchens,” says the New York City-based entrepreneur.

As a foodie committed to serving others, Janeczko has been in the food business for about 15 years, and an element of social good has been infused in all the initiatives that he has been involved in.

“Nunbelievable is the apex of all of those learnings and experiences over the years,” he said, adding that it is now more important than ever to warm the hearts of those sleeping on an empty stomach.

Due to the effects of the coronavirus pandemic, over 50 million people were estimated to experience food insecurity in the United States in 2020, including a potential 17 million children. More than 35 million people in the country struggled with hunger in 2019.

“When I’m focused on helping others, I move to a better, happier place.” — Nunbelievable CEO Bryan Janeczko

As its name suggests, Nunbelievable was born last year out of inspiration from a group of nuns who devoted their lives to feeding and comforting neighbors in need.

“To be clear, we’re not a religious organization, though we welcome people of faith who find that donating is important,” Janeczko said, noting that food insecurity touches everyone.

Even without knowing the all-star team behind Nunbelievable, one can see the footprint of the one and only Tony Robbins in this feel-good business.

The nation’s top life and business strategist, who struggled for food growing up, is an investor and backer of the company—which is a natural extension of his decades-long endeavor to end hunger in his homeland.

It was Robbins who took steps in 2016 to prevent the eviction of the French nuns whose hand-crafted cookies inspired Nunbelievable, covered their expenses for six months, and donated $1 million to help them open a new facility.

Elaborating on how they operate, Janeczko said they also provide proceeds from their premium products to their partner nonprofits to help them distribute the donated food.

Another focus area of this direct-to-consumer project is to contribute to organizations who are looking for ways to help the fallen and forgotten live a decent life by capitalizing on their strengths.

“It’s important to give someone a meal in the moment of need, but we’d like to follow up and find charities that provide services to help people get out of the soup kitchen so that they can reclaim their lives, do amazing things in the world, and reach their potential,” the CEO of Nunbelievable said, adding that they plan to double down on this mission in 2021.

He also noted that they work with organizations all across the country to hit various points. “In particular, we like organizations that have access to multiple places everywhere because we want our customers to know that no matter where they live, we can help somebody locally.”

Asked about their other goals for 2021, Janeczko said they intend to move beyond cookies and launch a line of new products, including nutrition bars, to have healthier baked good varieties.

His company will also focus on raising capital next year to scale up their growth and impact.

“We’re capital raising right now. We have a $2 million round. We’ve already raised a million, and we will be looking to raise that next million and close on that right after the holidays,” Janeczko said, adding that they aim to break even in 2021 and reach $100 million in revenue in three to four years.

Nunbelievable also wants to donate 10 million meals by 2022 or 2023, depending on how fast they can grow.

It seems the company is on the right track as it has received hugely positive response from its customers who are constantly raving about the non-GMO and gluten-free double chocolate cookies they have tasted.

“We’ve got great-tasting products. That’s very important because we want people to come back and keep buying more, especially as gifts. Now that Christmas and holidays are coming up, we think this is a great gifting opportunity,” Janeczko said.

According to him, the mission of feeding those in need has resonated well with people and has been rated as very or extremely important by 84% of their surveyed customers when it comes to purchase decisions.

On the importance of giving back to society and uplifting others through personal and corporate gifts, the co-founder of Nunbelievable said such contributions not only benefits those on the receiving end but also helps the giver find a personal sense of joy and fulfillment.

“When I’m focused on helping others, I move to a better, happier place. When you give back, you bring that good feeling back to you because of the energy that you’re creating. I’m convinced of that.”

COVID-19 and its impact on businesses has led to some corporate social responsibility initiatives being mothballed until a more stable time in the future.

But Janeczko has this message for those enterprises whose CSR projects have taken a backseat during the pandemic: Don’t put them on hold.

“I think they should reframe how they deliver that impact. These are unprecedented times, and I’m not telling a corporation that they have to donate a huge percentage of their profits. But they can make a difference by aligning around a compelling cause that gets their employees, stakeholders, and customers excited.”

In his view, it is not necessarily about money but is rather about the intention behind it and the commitment of the leadership to engage everybody in the process.

“There’s a lot we can do as individuals within a company that can have an exponential effect,” he added.

Janeczko has for years been empowering entrepreneurs to unlock their potential and has been named by Business Insider and PitchBook as one of the most influential LGBTQ entrepreneurs for co-founding StartOut—a non-profit with the mission of growing and scaling LGBTQ-founded businesses globally.

He is portfolio company CEO of Loeb.nyc, a venture collective that increases a startup’s odds for success, and is an advisory board member of tech-led cultural intelligence agency sparks & honey, where he has worked alongside former PepsiCo CEO Indra Nooyi and many other visionary business leaders.

Janeczko used to be involved in a number of other projects as well but recently decided to slim down his schedule to stay more focused. “Frankly, if you’re gonna do well at something, less is more.”

On the lessons learned throughout his eventful, glittering career, Nunbelievable’s CEO said, “The first is the idea of compassion.”

“Compassion is what helps me have an open heart and an open mind to be receptive to new ideas and better ways of living while helping people move and improve their lives.”

Janeczko says the second valuable, practical lesson that is dear to his heart revolves around “action”.

“Action leads to results, and I think taking a series of ordinary steps will lead to extraordinary results.” — Janeczko

“Action leads to results, and I think taking a series of ordinary steps will lead to extraordinary results. Whatever it is that you’re doing in life, you need to take action,” he said, adding that the combination of compassion and action can put everyone on the road to success.

The third lesson that Janeczko would like to share with those seeking to live life to the fullest is the “power of positivity”.

“We have an opportunity to create the life we want. Thinking about things and framing them from a positive perspective puts us in a place of gratitude and makes good things happen to us.”

It takes less energy to smile than it does to frown, he said, while acknowledging that we are all human and go through moments of weakness, depression, and sadness. “What is important is to figure out a path forward.”

Janeczko knows well how it feels to be “deep in a hole” as he experienced a situation early on in his career where he was not sure he was going to make payroll. Negative feelings and emotions were weighing heavily on him and he could not see a solution.

“It was in that moment where I finally just laid back on the couch and let myself go that I was able to finally be receptive. I happened to turn on the TV, and there was Wayne Dyer talking about how we can make a shift. I also discovered Robbins at that point and later became a very big practitioner of Kundalini meditation,” he explained.

It was in those dark times where he realized he can learn from that experience, accept the past, and face the future with a proper attitude.

“Within six months, I figured out what I needed to do to position my business. All of that shifted because of moving to a place of positivity,” Janeczko said, expressing hope that Nunbelievable would make more people embrace the unbelievable power of compassion, action, and positive thinking.