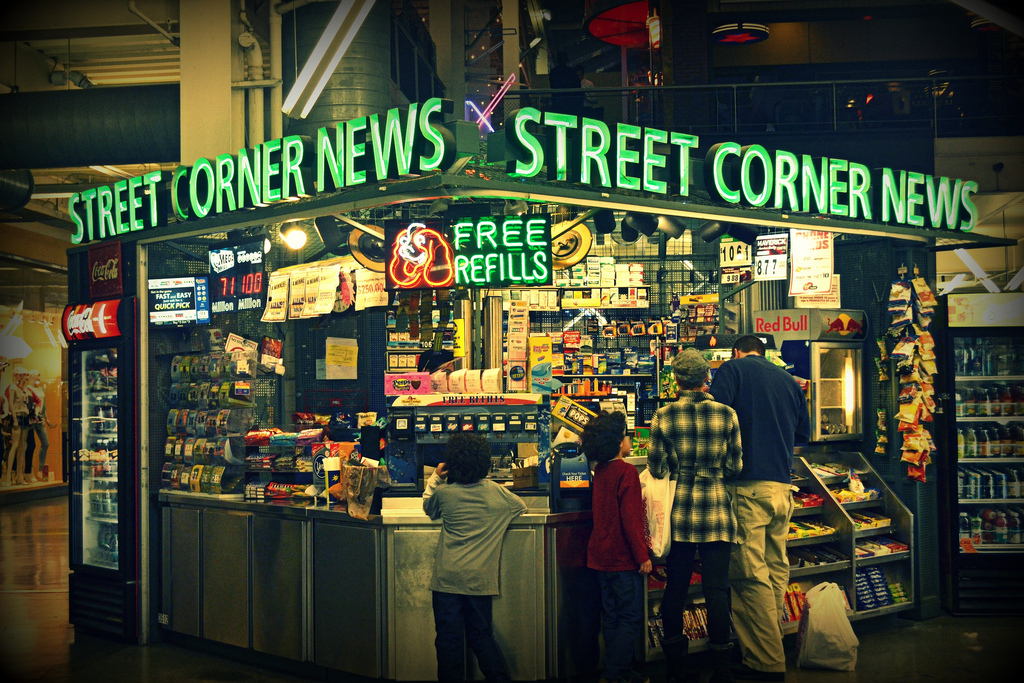 Since 2004, one out of every four reporting jobs in the media industry outside of the main urban hubs of New York, Washington D.C and L.A has ceased to exist, according to The Washington Post.

Amit Rathore is the founder & CEO of Quintype, a data-driven platform for publishers.

To say that the last decade has been extremely tough for the media is an understatement. Even the most established publications are feeling the strain. The New York Times, The Wall Street Journal, and USA Today have all suffered major cuts, with each of the papers axing between 20 to 100 newsroom jobs in 2015 alone. Digital publications are feeling the strain too, Mashable just announced a new round of cuts in April 2016.

The problem isn’t that people aren’t reading the news, it’s that they are doing so in different ways. Modern consumers are increasingly connected to smartphones and computers at work, home and while on the move, consuming media at a more voracious and rapid pace than ever before. As more and more readers turn to digital content, traditional business models based on earnings from print advertising have been blown out of the water.

The New York Times recorded a $14 million net loss for the first quarter of 2015, with digital advertising increasing 11 percent but print advertising, which makes up a greater proportion of revenue at a higher profit margin, dropping by 11 percent.

So why is the media business loss-making? And what models can publications of all shapes and sizes use to succeed in these difficult times?

Falling ad revenues in the face of digital migration

Even the most established media companies are struggling to raise ad revenue as they switch from print publishing to web/mobile content. The New York Times, for example has struggled to retain advertisers in its transition. Back in the pre-internet era, there was less competition, and more companies were happy to pay for ads in the reliable daily print newspaper. Today, fewer and fewer people buy newspapers and – as a result – pricey print advertising is failing to show good ROI.

According to the New York Times report, even as digital advertising gains momentum, the publication continues to lose money overall. The media have found themselves stuck in a Catch 22 situation. Digital ad revenues are rising across the board, but mobile ads are growing much cheaper than desktop ads. Now that more and more people now access the internet via mobile, publications are forced to generate much more content — in order to sell many more ads — while with fewer writers and resources behind them to do so.

But there is hope. A handful of leading publications like The Atlantic are flourishing under the challenging conditions. The Atlantic has proven itself to be a frontrunner in creating a mix of online and print presence which modern consumers can really engage with.

The publication has rolled out a holistic online media program, with a strong focus on digital advertising, an online-only branch called “CityLab” and beautifully presented digital initiatives like “Tobacco Atlas,” which deals with topical, controversial issues. The proof is in the pudding. The Atlantic started the second quarter of 2015 with record audiences for both TheAtlantic.com and CityLab.com, increased advertising and underwriting revenue gains, and highest newsstand sales in five years.

Some companies like The New York Times have begun using a freemium model. After 10 free monthly articles, users need to pay a subscription fee to continue enjoying content.

However while subscription models like this offer breathing space, others publications such as The Economist and The New Yorker are taking a more proactive stance to stay ahead of the competition, mixing subscription models with a number of new online initiatives designed to drive traffic and appeal to the modern news consumer. In a recent interview, Tom Standage, deputy editor at The Economist stated:

“The Economist has taken the view that advertising is nice, and we’ll certainly take money where we can get it, but we’re pretty much expecting it to go away.“

Instead of waiting patiently for online advertising to become a viable earning model, The Economist is concentrating on pushing thought leadership to brands, selling sponsorship of conferences, creating white papers and launching Espresso, a daily news digest delivered via email or a dedicated app which can be downloaded for just $3. The New Yorker also earns through a range of subscription packages but has also significantly increased its digital presence using a smart distribution strategy that focuses on social networks and mobile platforms and includes an ever-growing catalogue of apps, blogs and exclusive video content.

Over the past few years, sites like Buzzfeed and Upworthy have begun using a new type of content marketing known as Clickbait. This method involves posting sensationalist stories, listicles and eye-grabbing video content which attracts users to their site, and gets them engaging with more content.

While the tactic has been written off by many as ‘annoying’ and ‘time wasting’, psychologists and industry leaders alike agree that ‘clickbaiting’ works. Nilay Patel, editor of the Verge tweeted “Prediction: one day there will be books praising great clickbait like we praise mainstream pop music now.”

While the tactic may have publication founders turning in their graves, cat videos and “You will never guess what happened next…” articles really do push traffic and according to figures from Quantcast, Buzzfeed alone regularly attracts upwards of 10M unique readers every day.

One strategy for guaranteeing wider advertising reach is the model made famous by Buzzfeed: crafting advertising into stories known as Native Ads. Digital advertising is part of Buzzfeed’s DNA, so their teams integrate ads into stories and videos consistent with the site’s overall brand.

Integrated ads get clicks. According to Buzzfeed’s analytics, integrated ad articles or ‘story units’ are integrated across BuzzFeed’s homepage, social media and mobile platforms and reach 10 times more people than traditional banner ads. However, Buzzfeed’s use of integrated ads has gotten them into hot water in the UK. In January 2016, BuzzFeed was reprimanded for breaching UK advertising rules for failing to make it clear that an article entitled “14 laundry fails” promoted dye brand Dylon.

One way to guarantee clicks, while maintaining high journalistic integrity, is through personalizing the website experience by using algorithms to push content to users who will find it interesting. With an ever growing amount of online content battling for reader’s attention, using algorithms similar to how Facebook curates its newsfeed content for each individual user is an extremely effective way to engage readers and keep them from clicking off-site.

Media sites can use algorithms to arrange content tailored to viewers’ interests, but they also need to modify their site design to draw in readers who aren’t visiting sites via their front pages. Millions of articles are shared on social media each day, so it is becoming increasingly important to modify reader experiences, headlines, and page layouts to make content more accessible and sharable.

Some sites, like parenting website Mother.ly, ask consumers to answer a number of personal questions as part of the on-boarding process. That way the site can automatically funnel content which users may be interested in right from the start line. This kind of a dynamic platform, which moves user-friendliness beyond an impersonal WordPress format, requires detailed engineering to develop. But publications can effectively reap the rewards by keeping hold of a loyal, happy readership. And for less tech savvy smaller publications, software as a Service “SaaS” companies can do the tech heavy lifting by developing sites that fit their audience’s needs.

If companies personalize their platforms, they have better chances of reaching the audiences they want and building a loyal readership. And when a large group of readers leads the advertising, dollars will organically follow.

There is no magic wand for the floundering media industry. Established publications and new media groups alike are having to employ flexible and forward-thinking hybrid business models to stay relevant.

Technology has totally disrupted the way that people engage with the news, and even world famous publications are realizing that they can no longer complacently rest on their laurels and expect results. There is no ‘one size fits all’ approach to solve the problem, drive traffic and make profit. Publications like The New Yorker, which are really making it work, have had to roll out a smorgasbord of new features, apps and platforms to keep their readers engaged.

The challenge facing the media is to keep aims and journalistic values intact while also keeping business alive in the challenging current climate.

What is viral blogging and how can it boost low-cost traffic?