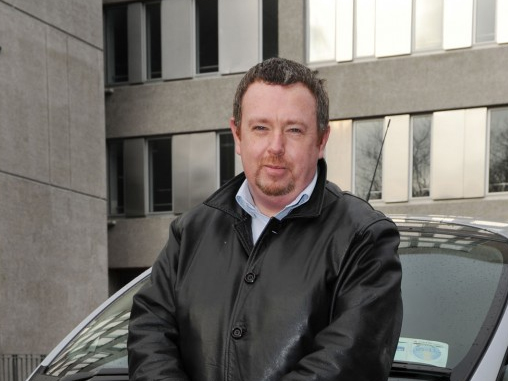 On February 15th the people behind some of the country’s most popular and influential digital brands will be brought together as part of DoneDeal’s Measurement.ie conference (@measurementconf | #donedealsocial). Founded by Damien Mulley (@damienmulley), the conference will show businesses and start-ups how to use the social web more effectively.

In our last article we spoke to Gina Bowes, the Digital Communications Manager at Glanbia, about how businesses can manage and analyse their social media profiles as part of their overall company strategies.  Today we’re talking to Dermot Daly, the founder and CEO of Tapadoo (@dermdaly | Facebook); which is one of the country’s key app production houses.

At the conference Dermot will be talking about app analytics and promises some interesting statistics from recent releases (although he’s won’t tell us just yet what these will be).

Dermot has been writing software applications for over 20 years, gaining experience in both established companies and start-ups.  Three years ago he took the entrepreneurial plunge and started Tapadoo.  Since then the company has grown, acquiring clients in the UK, Ireland, the States and Canada.

We began by asking Dermot about the app industry in the country; is Ireland a good app development location?  Dermot told us that while the industry is in a healthy state, and brands are interested in developing apps, they need to be certain that they understand the different results social and mobile can deliver.

We are seeing companies who wish to engage with their end users. The obvious approach is a Facebook and Twitter presence, however some clients are looking for something more –  a way of having their brand being associated with things people enjoy on a regular basis.

Mobile is hot, and from a brand perspective many people are lumping it into the ‘social’ compartment.  The thinking tends to be ‘we’ve got Twitter and Facebook, next we need an app.’

Dermot points to the Bank of Ireland’s Leinster Rugby Fan app, which allowed the company to engage with Rugby fans in a unique way on mobile devices, within a larger digital/social campaign.

Take the Leinster Legends app we created.  It contains statistics and information on current and past Leinster teams, and has a cool card game too.  This is something that a Leinster Fan can get a kick out of where ever they are.  That app was commissioned by Bank of Ireland as part of their ‘Blue Magic’ campaign.

With this, Bank of Ireland gets to be associated with Leinster Rugby to the fan and deliver a truly engaging experience.

Returning to the business side of things, Dermot says that a successful app shouldn’t just be judged by functionality, but by its commitment to the overall company identity and strategy.

We’re really conscious that [app development] is funded by marketing drives and the client’s brand is at stake.  It’s hugely important for an app to be high quality and polished as in some circumstances, it will be the end-user’s first interaction with the brand.  We see ourselves as providing high-quality bespoke developments rather than ‘app out of the box’ type solutions.

With companies becoming increasingly interested in developing custom apps and increasingly knowledgeable about the app industry (Dermot reports that clients are now asking about Windows Phone 7 apps) they want to learn how to analyse their apps properly.  He says that app analytics are similar to website and social analytics but this data is useless unless it is properly acted upon.

[Website and app analytics] aren’t a million miles from one another in the business sense; Both measure how much people are using your software.  I guess there’s a little more accuracy to app analytics as they are recorded within the confines of a running app; so time spent using the app is absolute for example.

App analytics can also find out exact models of devices being used, operating systems, mobile operator and location.  They can also trap app crashes and pinpoint them to devices and so forth.  I guess it’s fair to say that they give the marketing team a similar level of understanding, and the development team more valuable technical info.

When it comes to privacy, something that users and clients are becoming more concious of, Dermot says apps typically give general data, which is enough for a client to review and action while maintaining user privacy.

There’s a much longer answer here – and again, its something I’ll cover in the talk.

You can learn more about the speakers and the line up on the Measurementi.ie website.