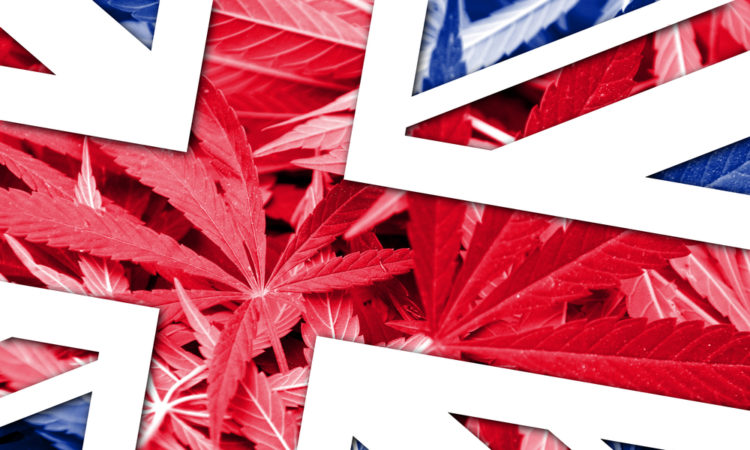 Today’s entrepreneurs are seeing green, not only in their wallets but also in their industry. In fact, Angel now lists 1,368 marijuana startups in addition to 1,106 marijuana angel investors.

Beforehand a headline such as “She Left Wall Street to Build Her Own Cannabis Empire” would suggest a financial hotshot fell into drug smuggling with a cartel.

But times have changed and so has the law, and this is just the beginning.

As the public and politicians warm to the idea of legalizing cannabis, this could spark debate surrounding other controlled substances. Thanks to the dark web, many “entrepreneurs” use this space to sell drugs, which many governments consider illegal.

But if cannabis is the first stepping stone to ending “The War on Drugs”, could we be heading to a future where former transactions carried out only on the dark web could go legit and evolve to become Amazon’s next pharmaceutical department?

First, it is important to consider two major factors regarding drugs – harm to the public, and commercial interests, which can be identified using empirical research. However, in the absence of research, we must form decisions based on limited evidence, this is true for cannabis as we currently don’t have enough research to predict the long term impact of legalization.

“I think, much like Canada, in the UK in three years time we will have a legalized recreational market”

“Maybe some people will switch from alcohol to cannabis,” says Celia Morgan, a Professor of Psychopharmacology at The University of Exeter, who researches the benefits and side effects of recreational drugs on cognition, mental health, and neurobiology.

“Relatively, cannabis is a lot safer drug than alcohol in terms of physical health consequences, risk of dependence, and harms to society. But inevitably with more increased use, we might see more harmful effects emerging,” she tells The Sociable.

With this in mind, the consequences of legalisation are unlikely to be worse than alcohol, after all, it is “a thousand-year-old medicine which has a huge variety of positive health benefits,” claims Morgan, but there is still a lot to be learned from this societal shift.

“We are doing some research in collaboration with Canada. We are tracking cannabis users and we are starting here in the UK as well. It’s an online survey, and as we bring in legal changes we want to see how this affects mental health, effects of the drug, as well as stigma and norms around its use.”

Legalization will provide a unique insight into cannabis due to the new user base consuming it. Morgan advocates that “we are probably looking at a different group of people taking cannabis now compared to the people that took it before, who would take a drug when it is illegal, so it will be really interesting to look at the effects now.”

Morgan also believes that the UK will soon legalise recreational marijuana, “I think, much like Canada, in the UK in three years time we will have a legalised recreational market.”

With the global legal marijuana market expected to reach $146.4 billion by 2025, cannabis has presented itself as a lucrative source of revenue for companies and governments. Therefore other drugs could be potentially legalised for recreational use, following the success of cannabis.

If this does happen, society could gain access to an increasing number of drugs, allowing illegal online marketplaces to move into the mainstream, pioneered by startups and pharmaceutical companies. But the impact of the dark web as a marketplace for drugs comes with mixed blessings.

“There are probably positives and negatives,” states Morgan. “I think there has been some research that drugs bought on the dark web are more likely to get a purer substance and you know what you are getting, and that is great for people who can access it on the dark web.”

But, realistically, a drug addict won’t wait five days for delivery. Thus, the dark web might create an elitist system, with addicts on the street suffering the consequences.

“We know the harms of drugs are greater among people of lower socioeconomic status, and actually maybe it’s the more privileged people that can access drugs this way, so it will polarize the system and even exacerbate the harm to those who are already deprived.

“But if it was fully democratized and accessible to everyone then yeah, potentially it is a really good way of moderating and allowing people to see the quality they are getting, which is something you can’t do without a legalised recreational market” says Morgan.

“For alcoholics who had been given ketamine therapy compared with standard treatment, their relapse rates had been reduced by 40%”

Before we reach this stage, the process of legalising a drug appears to start with the medical and therapeutic benefits, after all Morgan informs me that “cannabis in the UK has recently been regulated for medical use and that’s on the back of some studies in epilepsy.”

This comes just a few years before her predicted legalisation of recreational use in the UK, so it is fair to assume certain drugs would have to demonstrate their value to the public before being considered a legal substance.

According to Morgan, tech entrepreneurs have a growing interest in other drugs to aid psychological treatments. She points to ketamine as an example:

“Ketamine is now licensed as an antidepressant. This has been a big revolution in psychiatry really, because unlike standard antidepressant drugs ketamine acts really quickly, whereas Prozac takes two weeks to work, and ketamine works within hours and can produce lasting relief for people who are so depressed they can’t get out of bed.”

“Ketamine has problems that other psychedelics don’t have”

Surprisingly, Morgan tells me that ketamine has a lot of potential to help alcoholics. “For alcoholics who had been given ketamine therapy compared with standard treatment, their relapse rates had been reduced by 40% at 12 months. And we know that heavy alcoholics will be drinking again usually within six months, with roughly 75% of alcoholics relapsing.”

Moreover, ketamine is easier to obtain and test due to legal issues as other drugs, such as LSD, still maintain a lot of red tape from the government. But like any drug, ketamine does have its drawbacks.

“Ketamine has problems that other psychedelics don’t have,” states Morgan. “I have worked a lot with ketamine users and people do develop addictions, and it is horrible — people have to have their bladders removed! Most psychedelic drugs are not addictive, but ketamine is very short acting and that is part of the reason why it is more addictive.”

This highlights the most important point of this whole discussion. When governments and societies decide what should be legal, it almost always comes down to the harm it causes communities, and nothing causes more harm than addictive substances.

But this is a difficult issue, as anything can be addictive. Alcohol, sex and video games can be addictive for some individuals, but they are not banned. Understanding why someone finds something addictive is the underlying mission.

“I have very rarely seen someone who has a very good life become addicted to heroin or alcohol,” claims Morgan.

So what causes addiction? According to Morgan, there is no simple answer, however she believes that the majority of addicts all have one thing in common. “There is definitely evidence that if you have severe childhood trauma you are much more likely to become addicted to drugs.” And this trauma can be passed on through generations.

This research can help us understand how addiction works, the impact of drugs have on society, and most of all who it affects.

Drugs will always remain in society whether they are legalised or not, and it will be those at the bottom who will suffer the most. But what can be done to end this negative cycle?

According to Morgan a better approach might be prevention over cure, as she advocates that addiction is “complex and you can’t put it down to one factor, but the fact that there is such a strong link to childhood trauma maybe we should be going out and working with child services to take preventative actions.

“When people are victims of child abuse we feel a lot of sympathy for them, but at some point in their lives, many transition into becoming addicts and are hugely stigmatized within society.”