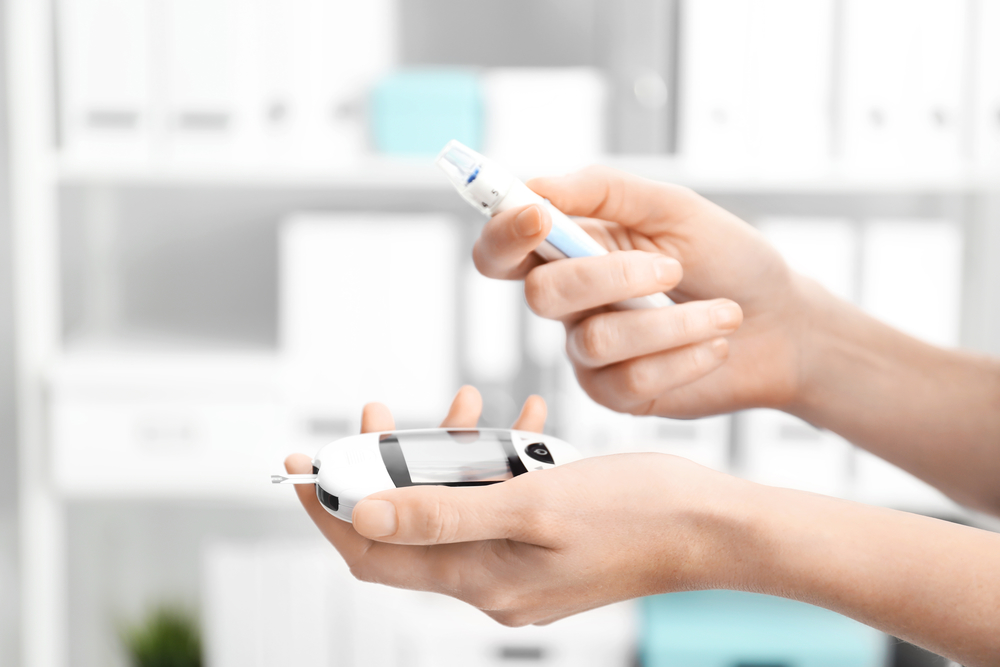 Digital therapeutics is booming with research and application. More and more patients, physicians, and health-aware citizens across the world are making use of digital technology for wellness and treatment.

However, the particular areas of diabetes and weight loss are going to rule the digital therapeutics market.

A Juniper Research report predicts that the market for digital therapeutics will expand rapidly over the next five years; garnering revenues of over $32 billion by 2024, up from an estimated $2.2 billion in 2019.

The report also predicts that the biggest application for digital therapeutics will be diabetes and weight loss. The sector is poised to generate over $19 billion in 2024. This sector, led by companies like Omada, Virta Health, and Welldoc, is rising, as lifestyle changes have a more demonstrable impact on diabetes than other conditions.

Digital therapeutics is the use of software that augments or replaces traditional therapies.

According to World Health Organization (WHO) statistics, world figures for diabetes totalled at 46 million in 2000 and is projected to rise to 1.19 billion in 2030. Healthcare in diabetes is a multi-billion-dollar financial burden, which is growing in size and cost at a rapid rate.

A study of more than 1 million individual participants in Asia found that diabetes was associated with substantially increased risk of death from a broad spectrum of diseases, particularly diabetes itself. They found an urgent need for developing diabetes management programs tailored for Asian populations.

According to a report from Welldoc, almost a tenth of the total population of the US have Type 2 diabetes. Cost of diabetes has gone up 26% since 2012 to $327 billion in 2017.

Such costs are felt in reduced workplace productivity and absenteeism, which account for roughly $30 billion per year. Average medical expenditures among diagnosed patients are found to be 2.3 times higher than for those without a diabetes diagnosis.

Digital therapeutics is being touted as a possible solution that could offer drugs and treatment pathways for better patient self-engagement, adherence to therapy, and outcomes, leading to control on costs.

According to a PWC Health Research Institute report, most American consumers desire new digital therapies and connected devices as treatment options, moreover, physicians are inclined towards the use of these tools as well.

Over 50% of consumers surveyed were likely to try an FDA-approved app or online tool for treatment of a medical condition. The same consumers also felt comfortable sharing their medical or health information.

Another digital therapeutics solution is the basal insulin dose calculator for adults with Type 2 diabetes and personalized digital programs designed to help people prevent diabetes onset and other chronic diseases.

Several options are now becoming available for diabetics in the US, as FDA is clearing several digital therapeutic solutions. For example, BlueStar, from WellDoc, helps reduce glycated haemoglobin for type 2 diabetes.

Another sector that digital therapeutics is projected to rule is weight loss. 2019 market research shows that the US weight loss market is now worth $72 billion, even though dieters have fallen in numbers as a result of the size acceptance and body positivity movement. Do-it-yourself plans are still popular, which encourages the use of free diet and fitness apps.

More and more consumers are avoiding processed foods and artificial ingredients and commercial diet chains are showing robust growth. To reach out to millennials, who are the future customers, apps like MyFitnessPal, Fitbit, and Fooducate, have flooded the market.

Read More: The physicists saving the world from the global healthcare crisis: Interview

These apps attract consumers, especially the younger demographic, who want to manage weight on their own. While users do tend to tire of these apps, they find them cheaper than other commercial programs.

A business with such potential attracts the biggest tech names, which will likely bring in further development in the area of digital therapeutics.

Google has started a limited commercial rollout of its diabetes management program. The company is studying diagnostics, management, and applying AI in specific disease areas including diabetes, Parkinson’s Disease, and heart disease, among others. Diabetes detection and management is a major healthcare focus for Google, which has already had some success rolling out products.

Amazon is also looking into developing an ecosystem for third party healthcare applications for Alexa, according to which, it has funded the Alexa Diabetes Challenge. The company recently partnered with Xealth, a program already being used in several EMRs and hospitals that allows physicians to order medical supplies on behalf of their patients. Xealth also lets doctors prescribe digital goods like diabetes management programs.

Apple realizes that healthcare can help it increase penetration of its devices into new demographics. While releasing healthcare products, it is also constantly filing patents and investing in R&D.

In fact, Apple, Amazon, Google, IBM, Oracle, and Salesforce have signed a pledge to make Fast Healthcare Interoperability Resources (FHIR) the industry standard. Tech giants see wisdom in allowing for interoperability to build platforms. Apple is one of the major beneficiaries because of its existing app marketplace.

These tech giants have ventured into the weight loss market long back with fitness apps like Google Fit and Apple Health. Amazon’s Alexa has teamed up with Nutritionix to help track calories.

Social media may give millennials anxiety now, but paradigms have a way of shifting