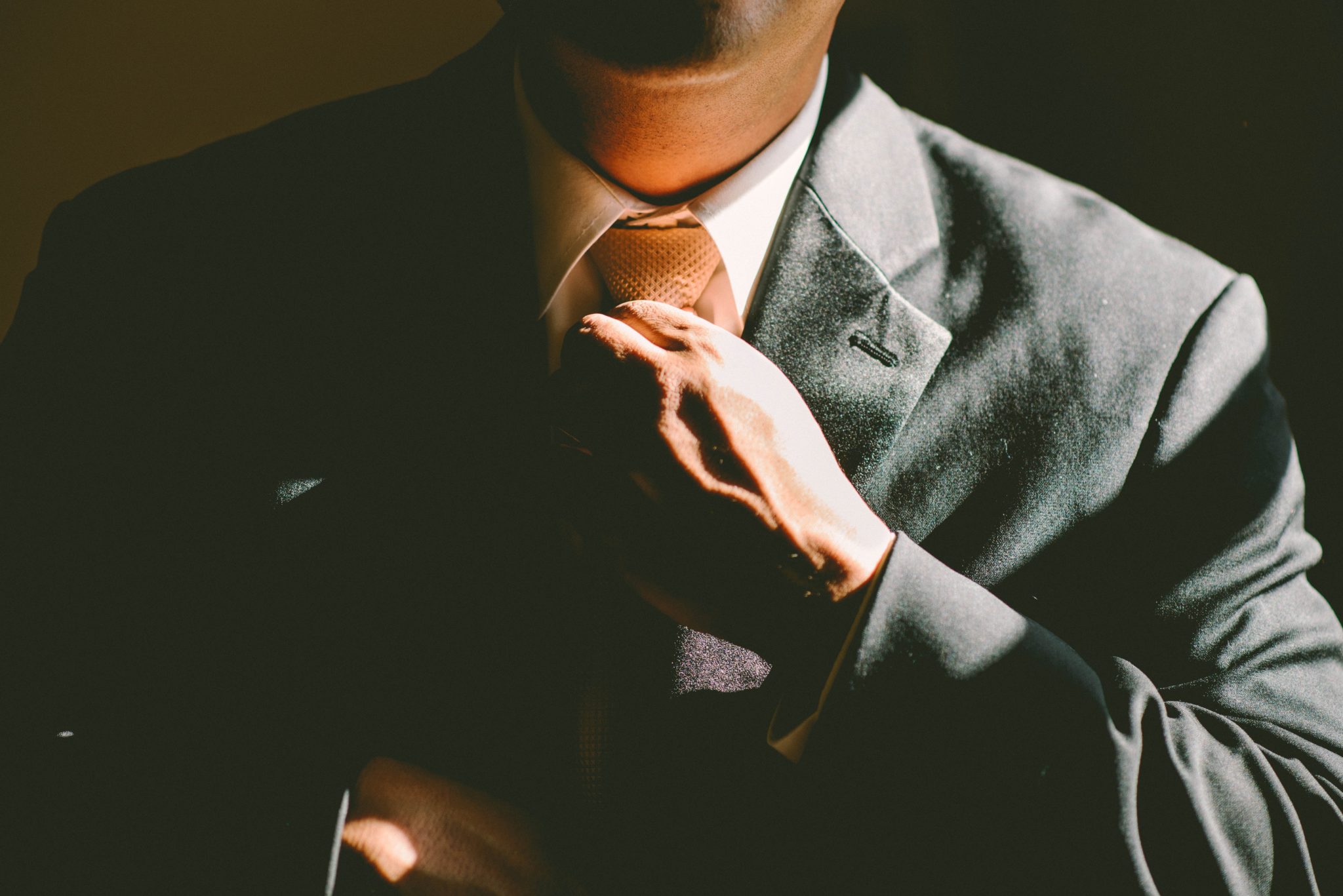 Without a doubt, entrepreneurs can be considered a very unique breed of individuals. If we look at the world-famous businessman and entrepreneur, Richard Branson, it is clear that his level of energy and inspiration to do everything he does, from breaking world records to pioneering numerous successful businesses, is quite unlike your average life story. As many articles will demonstrate, entrepreneurs are motivated by a strong passion for learning and a desire to create great things.

However, this lifestyle comes with a lot of risks and success is not always guaranteed. But in the face of uncertainty, this is where an entrepreneur’s greatest abilities come into play, the ability to be resilient and persistent. Many of the best entrepreneurs possess these skills from an early age, often represent an incredible transition from rags to riches, making their stories ever more interesting an inspiring.

We recently spoke with experienced entrepreneur Edwin Philogene, the head of marketing at BOND, a company that lets you send handwritten notes from your phone or computer in seconds, to get some advice in a handful of areas he has worked in and to find out some interesting facts from his adventurous life.

You are a seed investor and/or advisor in several startups and Angellist syndicates. On top of this you have been a mentor at ERA, New York City’s leading tech startup accelerator since its inception, over 7 years ago. Throughout your time in the startup scene what startups or business ideas have really stood out for you?

In terms of technological and business model innovation, we’re really lucky to be living in the era that we’re living in. The introduction of the consumer internet and Moore’s Law alone have created trillions of dollars of wealth within less than a generation. And the funny thing is, when you take into account that emerging areas like blockchain, artificial intelligence and robotics are still in their infancy, we’re really just getting started.

In terms of specific startups, the ones that always earn the most respect from me are the ones that are able to out-innovate and out-persevere to eventually become the defacto global platform for their respective categories, such as Google for search, Amazon for shopping, Facebook for social and Netflix for streaming. However, in terms of the youngest class of startups, there’s a lot of compelling ventures and models that are on the rise.

Some of the areas I like include marketplaces, with startups like AirCare for health and Roomi for real estate, artificial intelligence where ventures like Talla and Spoke are democratizing the use of bots, API-centric ideas where companies like Checkr and Stripe are powering everyday business needs and blockchain where experiments like Bitcoin and Ethereum may end up redefining everything we know about distributed computing and value creation.

You raised funding and ran your own marketing consulting startup in the past. As an investor and fund raiser, what advice would you have for other entrepreneurs looking to raise funds and create their own startup?

There’s no shortage of great advice for startup founders out there on blogs, podcasts, media sites and newsletters. That said, I have four key points of advice. First, if you’re contemplating starting a company, make sure you are ready to “marry, not date.” While great startup outcomes and founders of overnight successes are celebrated and lionized like never before, the reality is that most startups still fail and startup life is not for everybody as it’s a tough, long slog. So, as a result, you need to know you can be committed to it and everyone associated with it for the long haul and not lose enthusiasm, get distracted or get disenchanted. And that goes not only for the startup idea you’re pursuing but for the partners you team up with, the investors you take money from and the employees you hire.

The second piece of advice is make sure above all other things you achieve product-market fit at the outset. A startup is nothing but a series of experiments that build upon themselves. These experiments will be key in you validating that you have a product or service that people actually want and that you can repeatedly make money on. Nothing else matters in the early goings.

The third piece of advice I have has to do with raising funds. Make sure you are raising the right funds for your type of startup. People usually talk about product-market fit and founder-market fit but never funding-startup fit. While there is an allure to the term “venture-backed,” your particular startup may not be appropriate for, or even truly need venture backing. Raising funds from friends and family or bootstrapping your way to profitability should not be out of the question, even if you’re planning on building a truly large business. For instance, I’m pretty sure that Mailchimp, which by all accounts is an incredibly successful company that arguably would garner unicorn status, has never raised outside financing.

The last piece of advice I have is simple: just do it. The bias toward action is what separates entrepreneurs from wantrepreneurs. Don’t talk about it, be about it.

I understand you have over 20 years of experience and knowledge in advertising. Given recent announcements from Fox and NBC cutting down their commercial time, it appears that traditional forms of advertising are changing. How do you foresee the industry of advertising changing over the next 3 years?

I think this is definitely a pivotal time for the advertising industry. Consumer attention is more fragmented than it’s ever been and that fundamental change undermines what advertising has comfortably relied on for a long time: the one-to-many broadcast model. And while digital brings unprecedented levels of targeting and measurability to the space, it also brings pervasive issues like bot fraud, banner blindness and data privacy concerns.

Nonetheless, balancing the art of advertising – multichannel storytelling – with the science of it – data management – is going to continue to be of utmost importance. And infusing marketing into the actual content of what people what to consume organically will be more critical as well, which is why tactics like influencer marketing and podcasting are growing in importance.

Longer term, it’s good to keep an eye on wild cards such as blockchain-based market entrants like Brave and the Basic Attention Token who may shake things up a bit as well. Ultimately though, I think it’s the players and models that succeed in providing the most amount of relevancy and value to the end consumer while leveraging data in a privacy safe way who are going to win in the end.

I am told that you had a very unique upbringing, as you were the first in your family to go to college and was raised by an immigrant single mother in Brooklyn, New York. Clearly you have made a great success story of your life, what or who inspired you the most throughout your life and career?

Without a doubt it’s my mother who inspired me the most throughout my life. It’s her level of selflessness, hard work, integrity and sacrifice that made it even possible for me to do a fraction of the things I’ve done or have yet to do with my life. She has and always will be my greatest role model.

I have been informed that you have met many celebrities including former U.S. President Bill Clinton, Beyonce, NFL quarterback Tom Brady and supermodel Tyra Banks. Who was the most interesting of all the stars you have met and how did you end up meeting them?

Well, first off, I think the most important thing I can say upfront about celebrities is that they are normal people who put their pants on one leg at a time like you and me. However, you have to respect the fact that they’ve been able to excel at a very visible field of endeavor and all of the celebrities I’ve met were definitely interesting in their own right. One of my first jobs out of undergrad was being an intern for Sean “Diddy” Combs’ label and meeting him when he was first starting out on his own was certainly motivational.

Even back then, it was apparent he was destined for greatness. And it also confirmed for me just the amount of hard work that went into success that may seem easy to the outside world. I really don’t think he ever slept. Other than that, some of the other celebrities who left their mark on me, not because of their achievements but because of their overall relatability and graciousness, include Tyra Banks and Tommy Hilfiger, both of whom I met during my days in advertising.

I have also been informed that you are fairly well traveled and have visited five of the seven continents. If you had to choose, where has been your favorite place or somewhere that has really left a lasting impression on you?

I can’t really say I have a favorite place as there are so many interesting and stimulating places in this world worth visiting. However, some of the places that have left lasting impressions on me for different reasons include Paris, Bora Bora, Cairo, Bangkok and Dubai. Usually it’s either the natural or man-made beauty of a locale combined with the local people or culture that makes it stand out for me.