HomeBusinessThe real reason to work for a startup: opinion
Business

The real reason to work for a startup: opinion 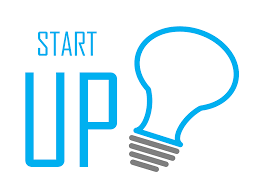 I’ve worked for startups for the last six years, and one of my criteria for working life is to never have to wear a suit, but I am bored of people talking about table tennis tables and beer taps.

OK, every company I’ve ever worked for has had some form of table tennis table, that much I admit. And one of them had a beer tap. And I think they’ve all had bean bags.

When I speak to people from outside the startup world these are the kind of things they ask me about and it is quite fun being able to respond in the affirmative. Their face often lights up “really?! Oh my god! That’s so cool” and it is, it is cool. But if all that went away it wouldn’t remove the essence of working for a startup, the real reason why working for a startup is awesome.

Startup life means working in a close knit, intelligent and dedicated team who are willing to take a chance on people and ideas. That sentence is literally true, that’s the bit that goes with the bean bags and table tennis tables and beer taps that no one asks about.

You function in an environment which feels devoid of reality, it’s not structured, people don’t know with any certainty what’s coming next and your in a position to shape both of those things even at entry-level. To that extent it feels surreal because it’s so different from the way the rest of the world functions, so different to what’s going on around you. But, I would argue, those characteristics make it more real.

In return for uncertainty you gain uncertainty. Because a structure doesn’t exist no one can tell you that you must perform x, y and z tasks in order to achieve new responsibilities. So you can charge out, apply your brain, identify a problem, come up with a solution, pitch it and you will usually get something from it.

It might not be that you see your idea implemented, but you will have gained experience in pitching a new way of doing something to a company so small the CEO may well have been the one you were pitching your idea to. You will have learned what was or wasn’t good about your idea: knowledge to be applied to your next idea.

This is really the essence of a startup, it’s only one concept and it’s a simple one. But really, in the world of work, what more do you need? You want to get ahead and make progress? You want more money or a better title? You want to specialise, gain knowledge and experience? You want to make an impact? All of these can be collected under the ability to talk to decision-makers regularly, understand the business, get involved in the question of “what next?”

Sometimes people who have only worked in a corporate company ask me about jobs in the startup world. Sometimes I can line something up for them, other times I can’t. They have demands and criteria for their new company and new role, and every time I end up telling them the same thing: no, none of that will exist at this company. But that’s a good thing. It’s better than it existing already. Because it means you can be the one who builds it. And you will get so much more from building something than merely taking part in it.