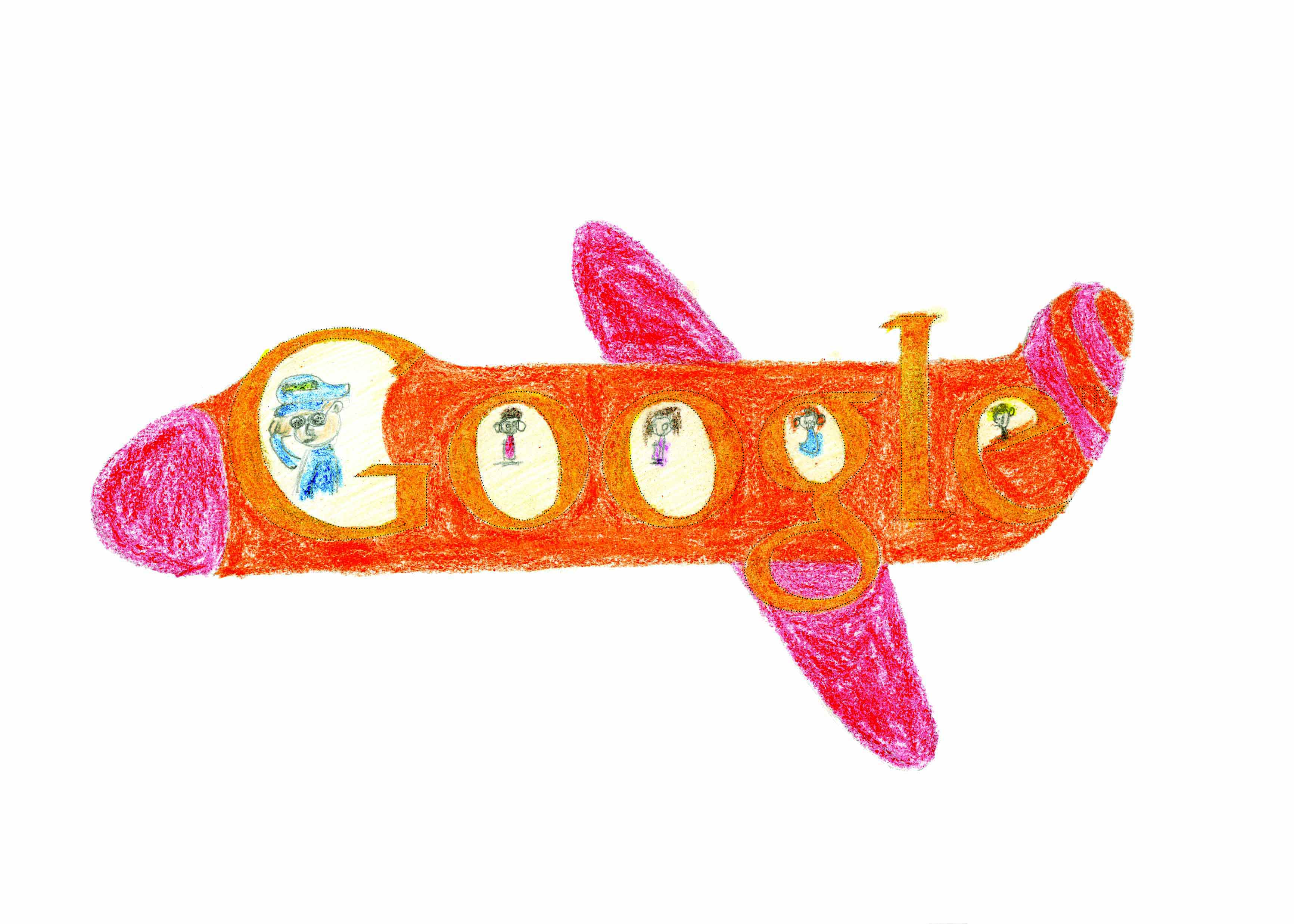 Fifteen year old Annie Coyle from Letterkenny will have a good excuse for spending all day on Google on Tuesday, when her artistic interpretation of Google’s logo replaces the company’s own on its Irish website.

Annie is this year’s winner of Google Ireland’s Doodle 4 Google competition. Since October 2012 Google has been asking Irish children and teens to submit their version of the company’s logo under the theme “My invention”.

Annie’s winning Doodle shows the Google logo take on the form of a jumbo jet.

Apart from the honour of having her creation appear on Google’s Irish website, Annie also receives a Chromebook and a €5,000 scholarship towards her further studies. Her school, St Bernadette’s Special School in Letterkenny, Co. Donegal, will be given a €10,000 technology grant by Google. And, perhaps most importantly, Annie’s winning entry received the seal of approval from professional Google Doodler, Kevin Laughlin.

Appropriately, considering the winning entry, Laughlin flew into Google’s European Headquarters in Dublin from Mountain View to present the prizes to Annie at the official announcement ceremony today.

Speaking at the event Laughlin said, “We run Doodle 4 Google competitions in many countries around the world but the Irish Doodle 4 Google is one of the most hotly contested competitions every year. It was difficult to pick the overall winner but in the end I found Annie’s simplicity and restraint delightful and compelling. I can’t wait to see it on the Google Ireland homepage tomorrow!”

There were five categories in total, with students as young as five and as old as 18 able to enter. The other category winners this year are;

Each of the winners received Google Chromebook computers for themselves and their teachers. And you can see the other Doodle finalists on the Doodle 4 Google website.