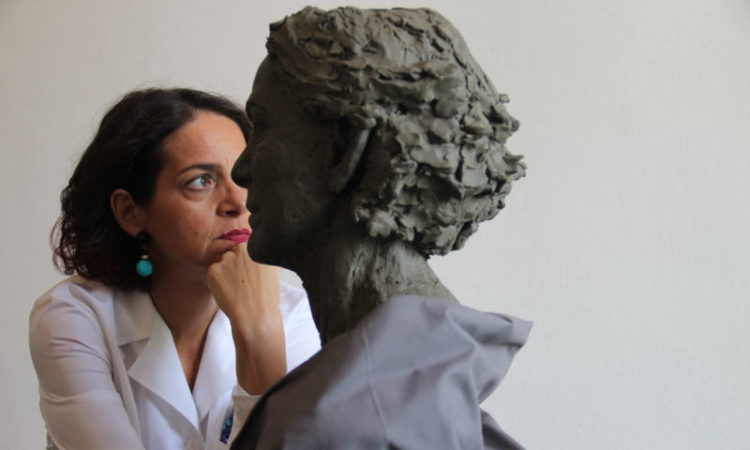 The Figurativas Painting and Sculpture competition nominations were announced with sculptor Dr. Gindi being chosen, in addition to other pioneers in figurative contemporary art.

Following a year in which the pandemic forced many to re-think the way we approach society and work, the Spanish Arts & Artists Foundation appeared to reward purpose in its nominations.

Dr. Gindi, nominated for the competition, is one of Switzerland’s most exiting contemporary sculptors, with her work exploring the effect identity has on the human condition.

As a medical doctor, she devoted her early career life to cure decaying bodies and minds. Her three-dimensional sculptures are said to reflect the daily suffering of humans and the reclamation of infinity.

Her work, ‘The Fateful Choice’, will be exhibited at the European Museum of Modern Art in Barcelona from October to January of next year.

According to the sculptor in an interview, “I believe that life is endowed with peerless sanctity. By unravelling the ultimate infinity inherent with our own existence, we might be able to act composedly, and ultimately care for others.”

The ceremony for the Figurativas 2021, which convenes artists, critics and collectors from across the globe, is on October 8th.