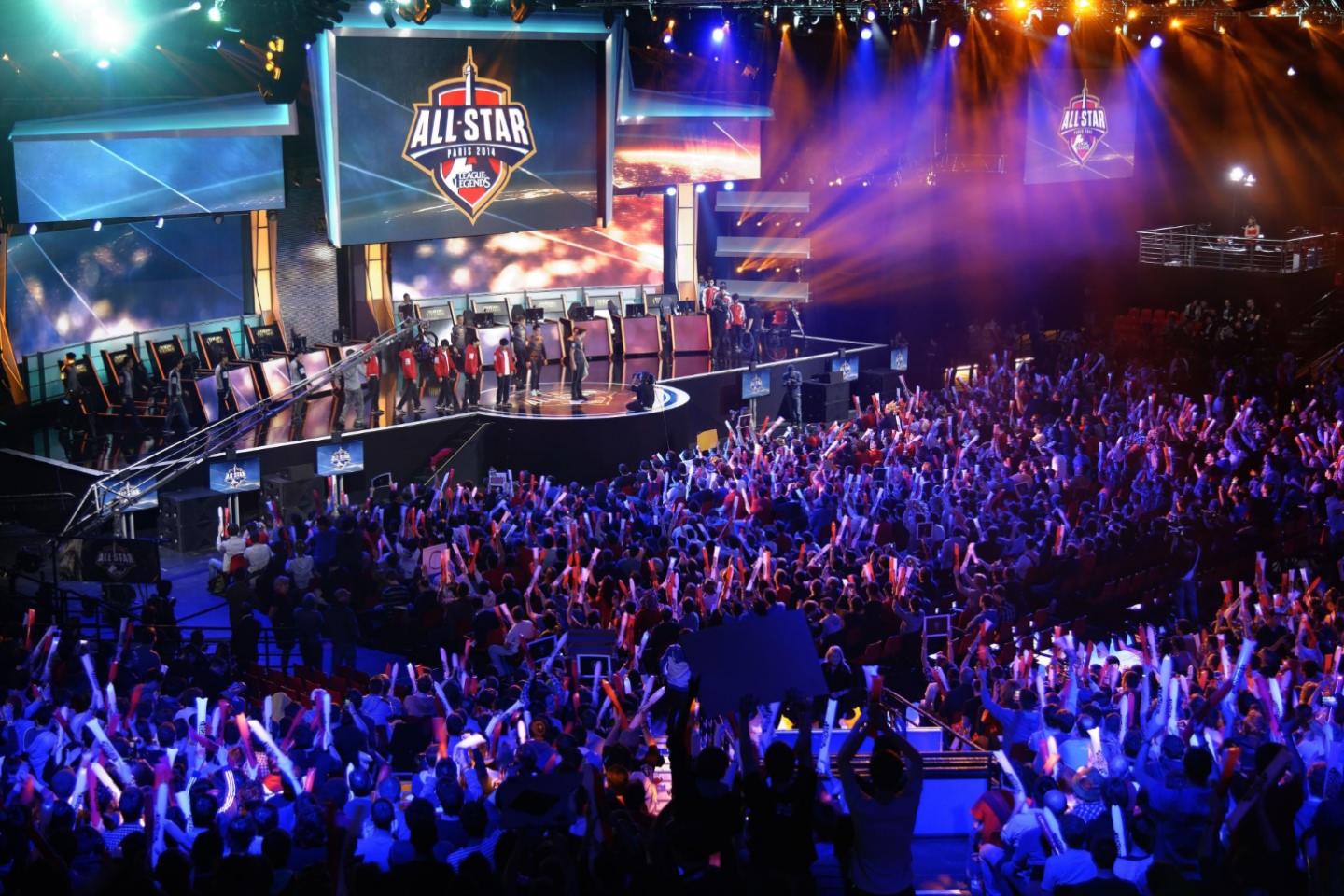 Even if you tuned in to Sunday’s Super Bowl for the commercials, or the halftime show, you may well have noticed it was a pretty exciting game.

But if it delivered all the expected drama, early ratings nevertheless indicated a 3 percent drop in viewership on last year’s Super Bowl. Add to that the 10% dip in fans tuning in this past NFL season, and growing anxieties about the declining viewership for traditional sports in general, and Sunday’s game might not seem such a big win for the sports broadcasting industry.

So where have the viewers gone? Were they left jaded by the political controversies that tarnished this past season? Estranged by mounting concerns over players’ health? Or have they just found other things to do…like, say, playing videos instead? Or maybe watching them?

As industry experts speculate about traditional sports’ waning popularity, the $1.5 billion dollar pro gaming – or eSports – industry looks more and more poised to steal some of their spotlight. Born out of living room LAN parties, and then esoteric conventions, eSports is now a worldwide network of pro gaming tournaments and leagues, with legitimate teams boasting  international followings and lucrative sponsorships.

Some still can’t see it, however. But if the idea that pro gaming is the future of spectator sports makes you ‘LOL,’ running a Google search for the acronym ‘LOL’ might stop your snickering – it won’t bring back “laughing out loud,” but rather League of Legends, an online video game with an estimated 100 million monthly users worldwide. An estimated 24 million play basketball in the United States and less than 9 million play football; 103.4 million were watching Sunday, on football’s biggest night.

But just how mainstream will the eSports phenomenon go? Are eSports on their way to usurping the sacred place reserved for sports like football and basketball in US culture? In our ever-more-digitalized world will eSports be the logical spectator sport of preference?

Recently there are more and more indications that the public’s perceptions of eSports have changed. Many universities, including Division 1 schools, are forming their own varsity esports collegiate teams. Some are even offering scholarships.

“Esports is already making foundations in many colleges with scholarships and teams,” says Ben Lundin, Director of Marketing for leading eSports media network GAMURS. “I don’t think it will be on the same tier as most traditional sports for at least a few years, but I would expect it to become more and more widespread in universities over the next few years – just given eSports’ growth rate and the way the industry is heading in general.”

Meanwhile, what has in the past been stereotyped as a hobby for the out-of-shape, reclusive, and socially awkward, is now being considered for inclusion on sports’ biggest and most revered stage – the 2024 Olympics, set to be hosted in Paris.

For Alex Lim, secretary-general of the International e-Sports Federation, these developments are to be expected – it’s simply a matter of a new generation coming of age that regards eSports in a different way.

“Perception is everything,” Lim recently told the Financial Times. “One generation grew up kicking a ball in the back yard, the next grew up with choices that included games. We live in a digital culture that most people accept is redefining a whole range of things: sport is one of them.”

In the end, perhaps speculating over whether eSports will someday be viewed as the new football, baseball, or basketball, misses the point.

“I don’t think esports should be a part of the Olympics, and I don’t know that esports fans really care about it,” says Ben Lundin. “The Olympics are embedded in tradition. Esports have their own tradition, with their own huge international following – they don’t need to make it into the Olympics to be validated.”

With an annual audience of 400 million people logging 6 billion total viewing hours last year, it might be equally misguided to ask when eSports will become mainstream. Indeed, the way things are going, those asking that question might still be wondering long after eSports has redefined what mainstream sports and sports entertainment are.