HomeGamingGame on, the history and future of computer games
Gaming

Game on, the history and future of computer games 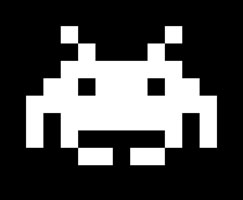 With Sony and Microsoft launching their assault on motion responsive gaming this year, in direct competition to Nintendo’s Wii, the future of home gaming has never been so hard to predict. But as Piers Dillon-Scott found at the “Game On Dublin” show, that has always been the case.

When the Nintendo Wii was released four years ago the console was hailed as a revolutionary new step in home gaming. The motion sensitive controls and multi player focused games heralded Nintendo’s return to its rightful place under the sitting room TV after years out in the cold.

Nintendo itself was praised in the press for bringing computer gaming into the mainstream and opening previously solitary activity to the family market.

Some four years on and the little white box is struggling; global recession, falling sales and Microsoft and Sony’s fashionably late entrance to the family-oriented motion controller market have made it a hard year for the games manufacturer.

The company is not fairing too well in players’ pockets either, the Nintendo DS has seen sales, and prices, fall as consumers opt for social networks and apps over cartridges. But then Nintendo, as a thirty year veteran of the gaming industry knows, the battle to control players thumbs has always relied as much on luck as innovation.

The Game On Dublin show, currently running in the Ambassador theatre, seems to bear this out.

The exhibition hosts over 100 games from the past 50 years of computer gaming, including the PC, console and arcade varieties. Almost all games are available to play for free, although the original version of Pong was broken when we visited.

The show itself is ostensibly a travelling history of the computer games industry, but as a hundred different games, graphics and sounds play out across the Ambassador’s small stage it becomes clear that this is more than a just dry history lesson but more an art exhibition (a feat no doubt aimed for considering the show is curated by London’s Barbican art gallery). Indeed, the clean lines of Asteroids look more modern minimalism than the result of late seventies computing power.

But artistic analogies aside, as I watch a middle aged father teach his children how to play original Donkey Kong (never go for the mallet, it just slows you down), it is that the industry the industry giants focus on the family market is nothing new. Computer games have always been social, high scores were designed to be beaten by friends, karts to be raced against siblings and alien monsters battled with dads.

Online accounts and Hi-Def graphics added a sheen to the form and function of this modern art form
but like all bells and whistles, they matter little to the art underneath. As the show suggests, computer games have never been just about the graphics but, instead, about those real moments with friends and family on the sitting room floor.

The Wiimote, Sony Move and Microsoft Kinect are not just the future of computer games, they are also the past.

Sessions for Game on Dublin are organised in one, two and three hourly passes, available from Ticketmaster. The show is now open and runs to January 30th 2011.