In Helsinki? Why not pop into the Angry Birds’ store? 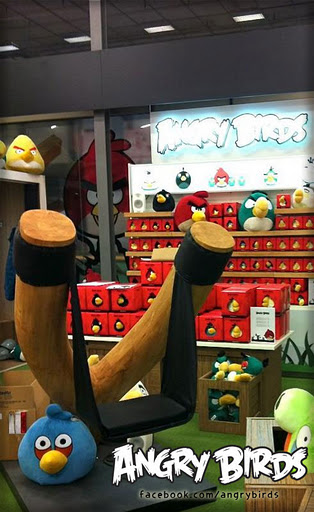 The all conquering Angry Birds have taken another victory this week with the launch of their first real-world shop, in Helsinki.

The Disney-style store opened on 11/11/11 at 11:11 with some people reportedly waiting in line for hours to get in.

But Angry Birds fans don’t have to head over to Finland to pick up the game’s merch, most of the shop’s products are available on the Angry Bird’s online shop – including the usual plush toys, backpacks, egg cook book (our favourite), and kids’ costumes. 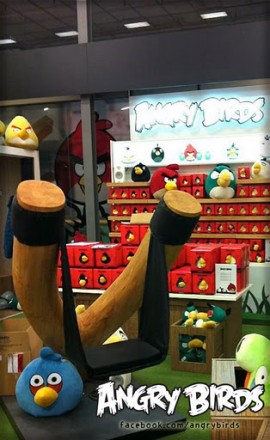 The ubiquitous game, in which the user catapults vengeful birds at exploding egg-snatching pigs, has conquered nearly every platform’s app market and launched its own industry for its maker, Rovio.

Since 2009 Angry Birds has been downloaded over 500 million times (that equates to 400 billion catapulted birds), making it one of the most popular multi-platform apps.  But the real success comes from Rovio’s marketing department who have taken the game from a cult audience to a multimedia phenomenon.  With a possible film in the works, as well as comic books, cartoons, and dozens of pieces of merchandise Angry Birds has become one of the most popular brands to emerge from Europe. Recent reports value Rovio at $1.2 billion, with some talk that EA, Disney, and Zynga could be interested in investing in the company.

Speaking to Verity the game maker’s CEO, Mikael Hed, says that the company is concentrating on nurturing the Angry Birds’ brand rather than spreading themselves over a number of titles, “When you create brand equity, to do that again would be a difficult task rather than nurture and build around what you have.”

His comments were echoed by  Rovio’s “Mighty Eagle” Peter Vesterbacka, who this month compared  the growth of mobile gaming to the growth of animation industry nearly 100 years ago, “If Walt Disney was alive today, he would be making games for the iPhone … We’re just using the tools of the trade [available] today to build a brand.”

And this only the start for Rovio, they plan on launching more stores in China soon.