Which genre will be the next social gaming phenomenon? 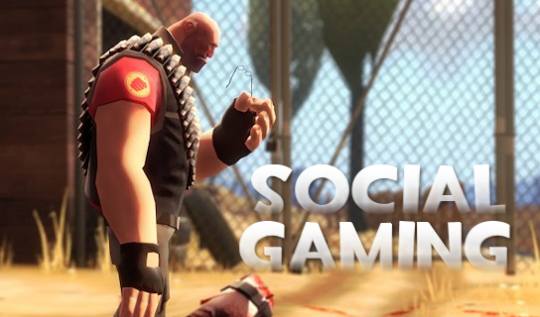 Where once gaming was thought of as something you’d enjoy either alone or in a small group in a specific location, social gaming is now a worldwide method of recreation. You can turn on a console or even access your mobile phone or tablet and instantly compete and communicate with other gamers from all over the world.

We’ve seen this transition in strategy games, shooters, open world action/adventure titles, and even in fighting and trading card games on mobile. The question is no longer whether or not gaming will continue to become more social, but rather which types of gaming are next in line? What individual activities will soon involve collaboration and communication? Here are a few social gaming predictions based on trends in the industry.

While the leading consoles arguably pioneered the current wave of social gaming, mobile devices have proven particularly useful in adding chat and co-op features to existing games. And one of the more popular genres (if you can call it that) on mobile is that of exploration and escape the room games. In particular, Fireproof Games has made a serious dent in the mobile app markets with The Room, The Room Two, and The Room Three, three games that follow a loosely constructed narrative involving solving mystery boxes, unlocking secret clues, and progressing through more and more mysterious settings. Other games like Year Walk, Escape The Room, and countless others also involve exploration and the “solving” of setting elements to advance.

For now, these games are individual activities. But it’s worth mentioning that their real life counterparts are generally collaborative. Leading the way is Escape The Room NYC, a New York attraction that allows friends to sign up in groups to be trapped in rooms and try to find out how to escape. It’s naturally a little bit different in person, but adding chat features and co-op modes to tricky exploration and escape mobile games seems a natural next step. This stuff can be a lot of fun to figure out in a group.

You may not think of lotteries as falling under the umbrella of gaming, but they’ve actually gotten closer over the years. Sure, the most common kinds are still pretty straightforward lotteries, but you can find some creative spins on the concept online, and some even approximate video games. Indeed, at Lottoland’s site hosting numerous online lotteries, you can find everything from themed scratch cards to side casino games with different kinds of graphics and gameplay. Altogether it’s more of an arcade than just an array of lottery balls or cards.

And just as online poker games have adopted chat features and leaderboards over the years, it would seem that these kinds of lottery games would do well with social features. Players could compare their strategies, lucky numbers, and could even chat during a drawing to share the excitement, suspense and possibly the thrill of a big win.

It’s commonly known that sports games are pretty popular on all gaming platforms, but particularly on mobile we’ve actually seen sports management games generating a lot of attention as of late. GM Games did a write-up of some of the best games in this category and made it clear that there are a lot of really interesting options out there across a lot of different sports. But most of the highly rated games are primarily (or entirely) single player experiences!

Managing a team in your favorite sport against a CPU league is fun enough, and might just satisfy your itch to delve into tactics, player transactions, and the like. However, the whole thrill of sports is competition, and just as the larger console games allow for quite a bit of management activity within multiplayer leagues, these mobile apps would do well to embrace social elements. Being able to talk to other players managing teams and compete directly against them would make for an even more realistic experience.

It’s probably a good bet that in a few years just about every kind of gaming will have some sort of social element. But these are three types of games that feel as if they’re ready and waiting for social features, and they’ll probably get them before long.

Todd Morris is a professional blogger and freelance writer. His favorite subjects to write about are sports, gaming and entertainment.

US, Russia repeating same mistakes in Syria as in Afghanistan