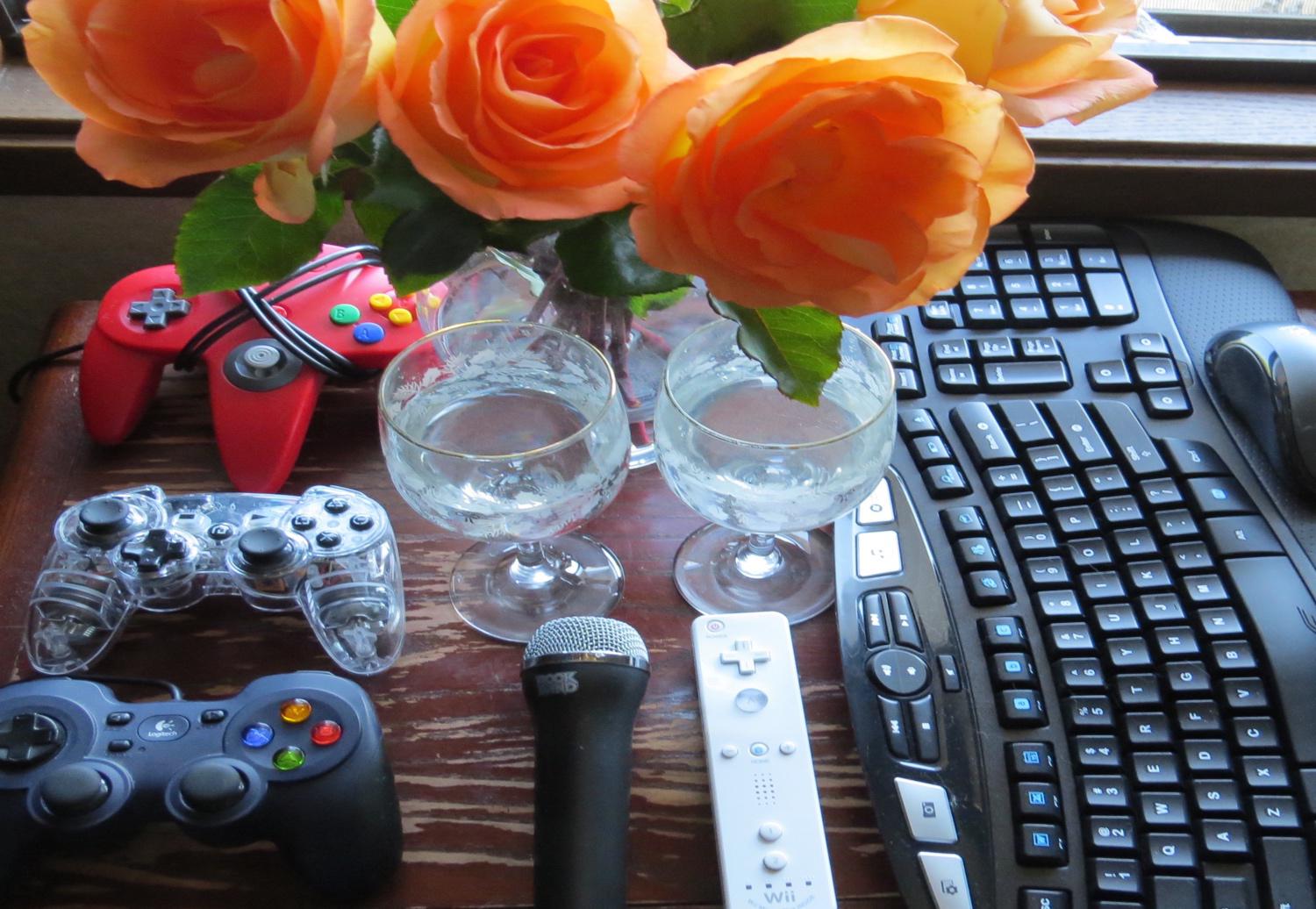 Your top date choices might be a fancy dinner, a movie, Netflix and chill, whatever you’re into, but did you ever consider having a video game date night?

Out of ideas for date night? Instead of doing the same old same old, call up your guy or lady friend for some video games. Make some popcorn, and call it a date!

When my partner and I first started dating we went on typical dates: dinner, movies, walk in the park. All of that was wonderful but nothing gave me a better insight into his character than when we started playing video games together. I’ve seen him get so angry that he had to turn a game off and take a moment, so sad that he couldn’t hold back sobs, and so spooked that he needed to watch cartoons before bed. The way a person reacts to virtual situations, especially when success and failure are involved, can give you a unique view into how they make decisions and think critically in the real world. Or tell you whether they’re a jerk or not.

Some of our best dates, though, are the ones filled with laughter and achievement that involve beating multiple games together. It goes without saying that game night is significantly more interactive than sitting silently in front of a screen with dozens of strangers and getting sick on $15 popcorn. Instead, we gained a huge fan base, raced and wrecked cars, strategized and executed complex operations, and killed lots and lots of zombies. Here are my top 7 two player video games for date night. 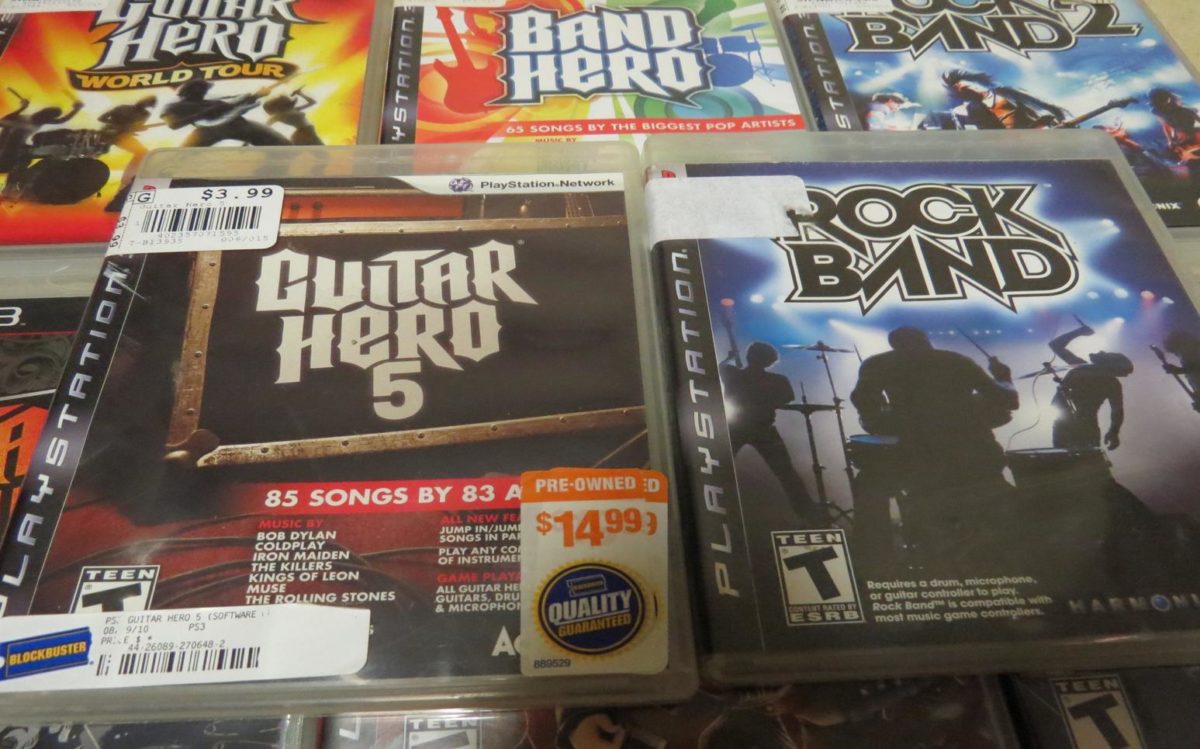 I am listing these two as one because depending on musical taste one might be more desirable than the other. Most iterations of these offer the option of guitar, vocals, drums, or bass guitar and allow you to become a musical duo and build an in-game fan base, compete for high scores, and rock out. Then again if rock isn’t your genre then you two love birds could always buy download codes for add-ons like the country track pack. If you’re not feeling that either and have a guilty pleasure for pop music go for the game Band Hero and sing and play your hearts out to some Taylor Swift. 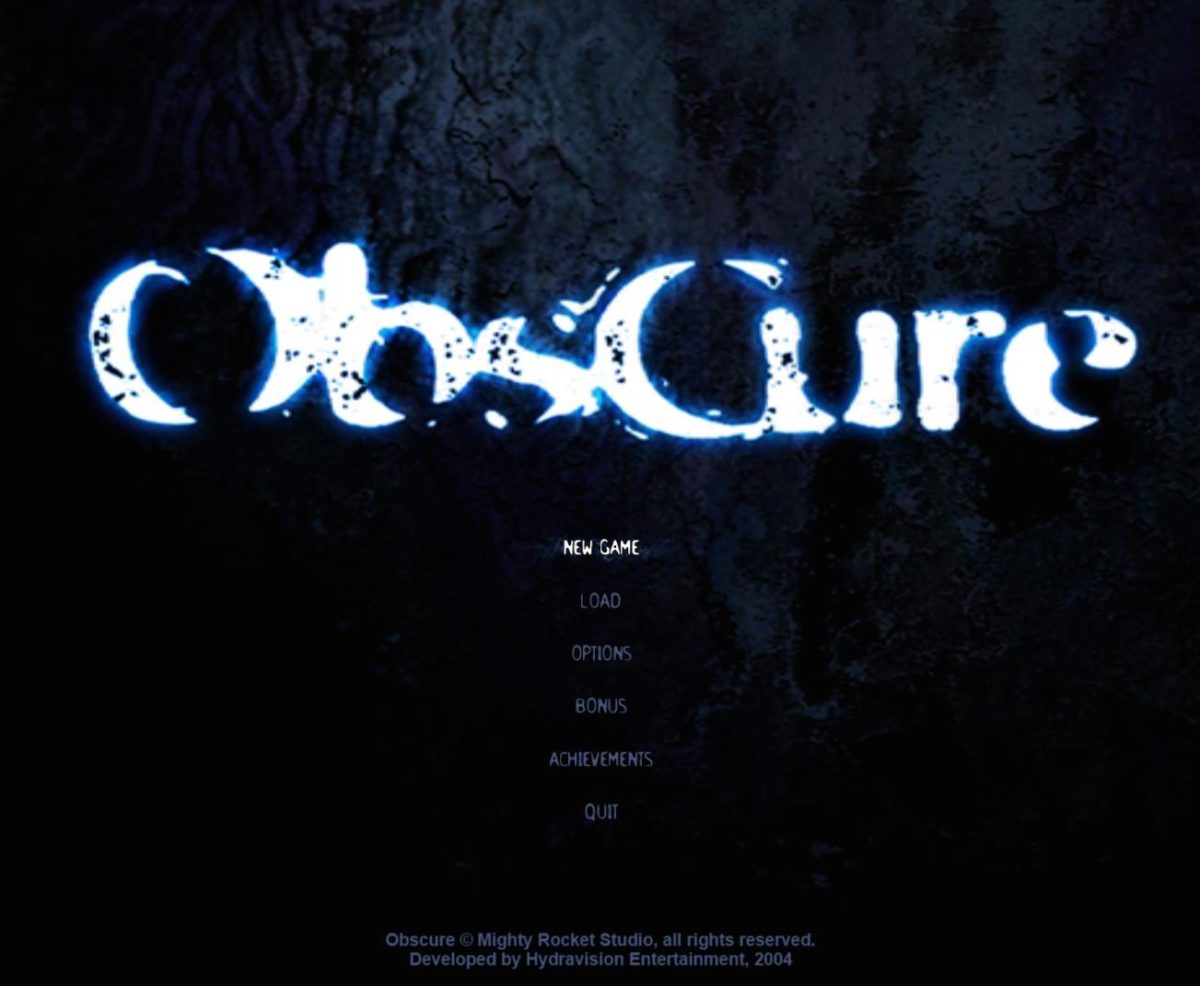 Break out your old PS2 and try a survival horror challenge. Obscure 1 & 2 are designed to be difficult in the best way. The first Obscure is much rarer and may present a challenge just buying it unless you go for the PC version but if you’re into older style survival horror this is the game for you. Obscure takes place in a high school setting where you will play as teenagers who are trying to survive the arrival of some seriously creepy creatures. The catch is that your characters have the strength of a typical teenager and must fight these terrible monsters with common items that can actually be found around the school. Rage quitting is a real possibility but you’ll be able to pat each other on the back if you can power through and beat the game. 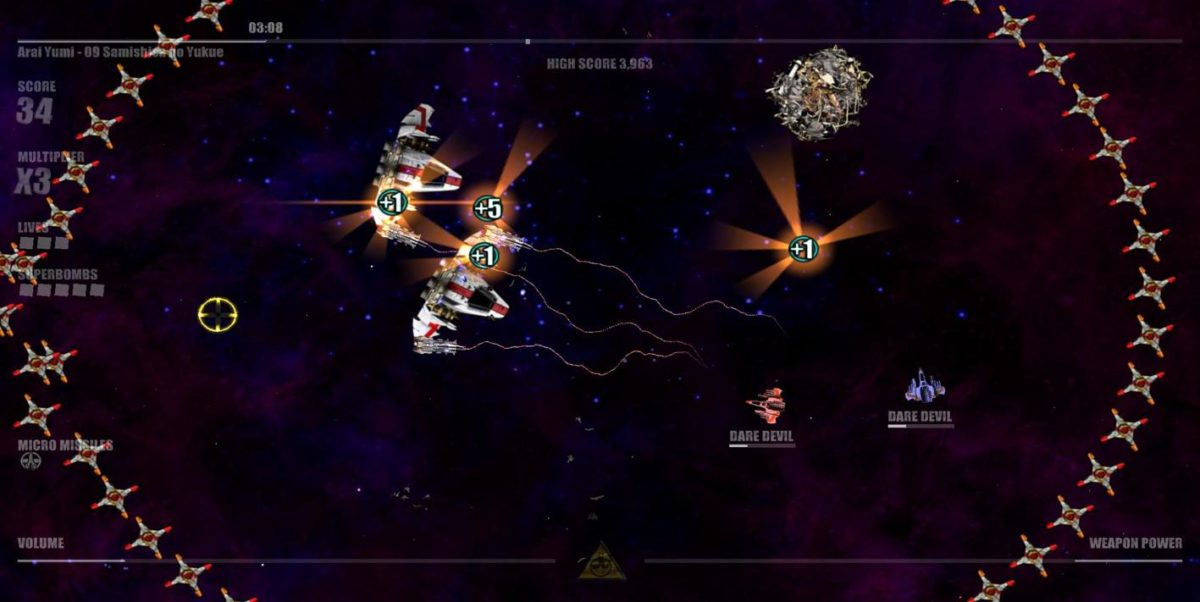 Make a romantic playlist and battle other spaceships to your favorite jams! Beat Hazard is your typical twin-stick shooter game with similarities to a few older alien arcade games. Blow up enemy space ships to snag power up items that will blast the volume on your custom songs and amp up the power and size of your ammunition. You can also gain bonus points by avoiding hits without firing shots and gain titles like “survivor” and “daredevil.” It’s a great way to get to know your partners musical taste and find songs that you both love while kicking alien butt. Pew! Pew! 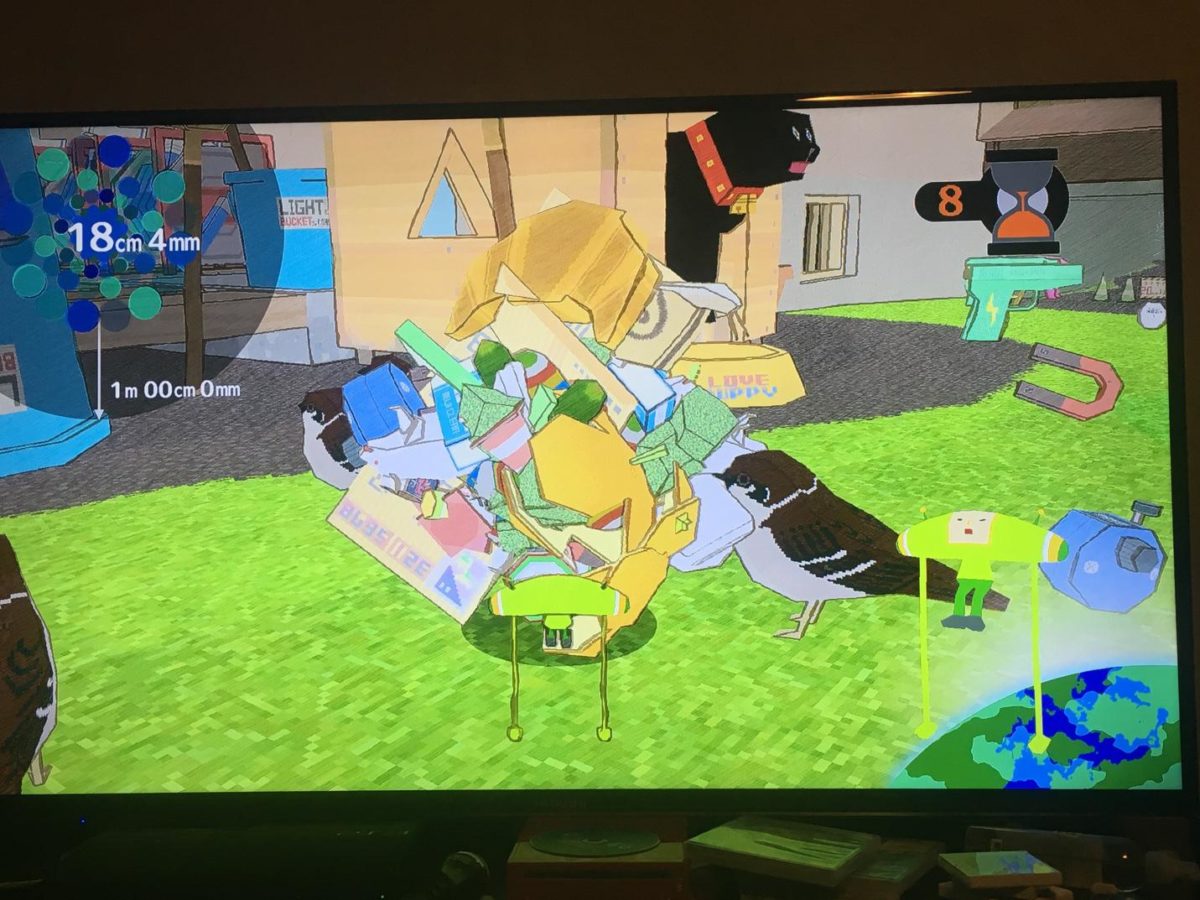 If you want to try something fun, unique, and very Japanese, Katamari Damacy or We Love Katamari is the game for you. As a small prince who has many cousins you can roll up smaller objects on your Katamari ball until it gets bigger and you can eventually roll up entire cities and then universes. Thrash the analogue sticks and keep your fingers ready on the triggers to see who can make the biggest Katamari the fastest. Compete to see who can get the highest score. Whoever loses buys dinner, a great excuse to have sushi. Royal Rainbow!

Team up to take out the other team or go head to head and see who can score the most goals! Rocket League is like playing soccer with rocket cars. That may sound simplistic but it’s way better than your typical racing game. Partner up and protect your goal against the other team while your partner amps up on power and bashes cars out of the way to make a goal. The more points you get the more items you obtain to design your vehicles. Customize each others’ cars with bubbles and top hats and put your opponents, either online gamers or computers, to shame. 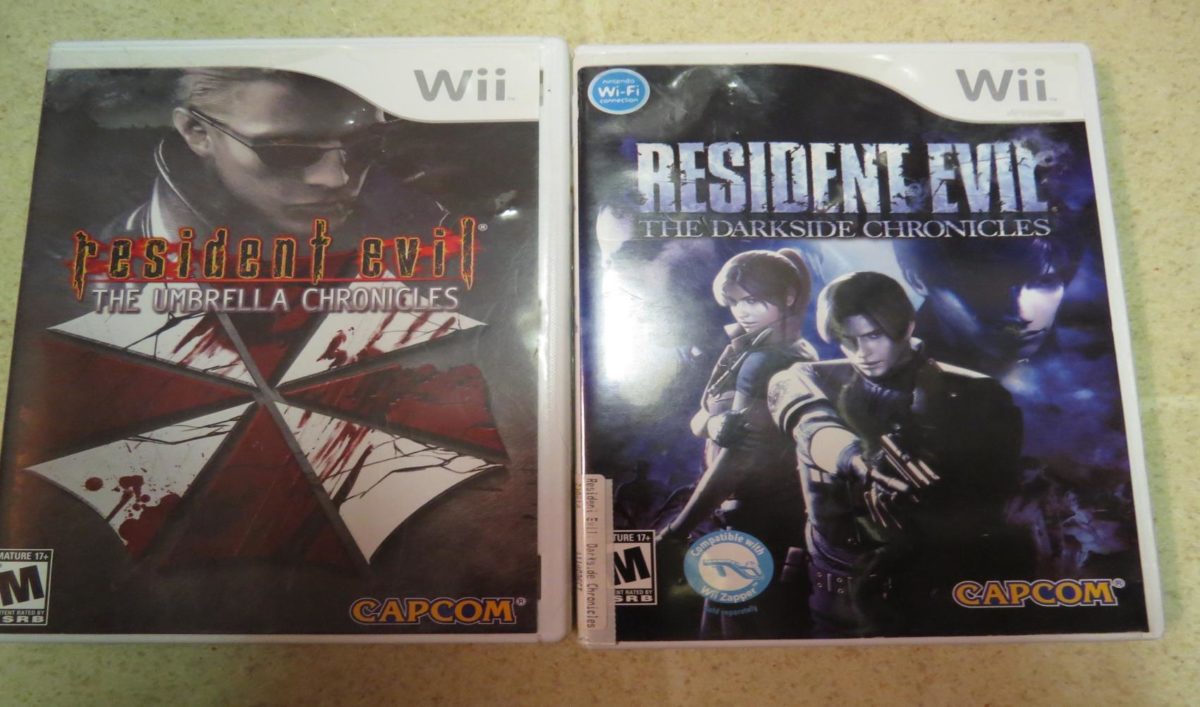 The Resident Evil franchise has made some of the best multiplayer games out there. And what better way is there to spend an evening with your honey than killing zombies?

Resident Evil: The Umbrella Chronicles and Resident Evil: The Dark Side Chronicles are great games to partner up on. They’re shorter and mission based so that you can play for as short or as long a time as you would like. I typically find myself trying to break items before my partner can get to them and snatch all of the goodies that pop out and he always one ups me on kills by using grenades on small enemies that multiply but together we’re unstoppable. On the flip side, if you want to play a more continuous game that gives you more control you could try out Resident Evil 5 and set out to stop the spreading mutations around the world. What about Resident Evil 6? We’re not going to talk about that one. 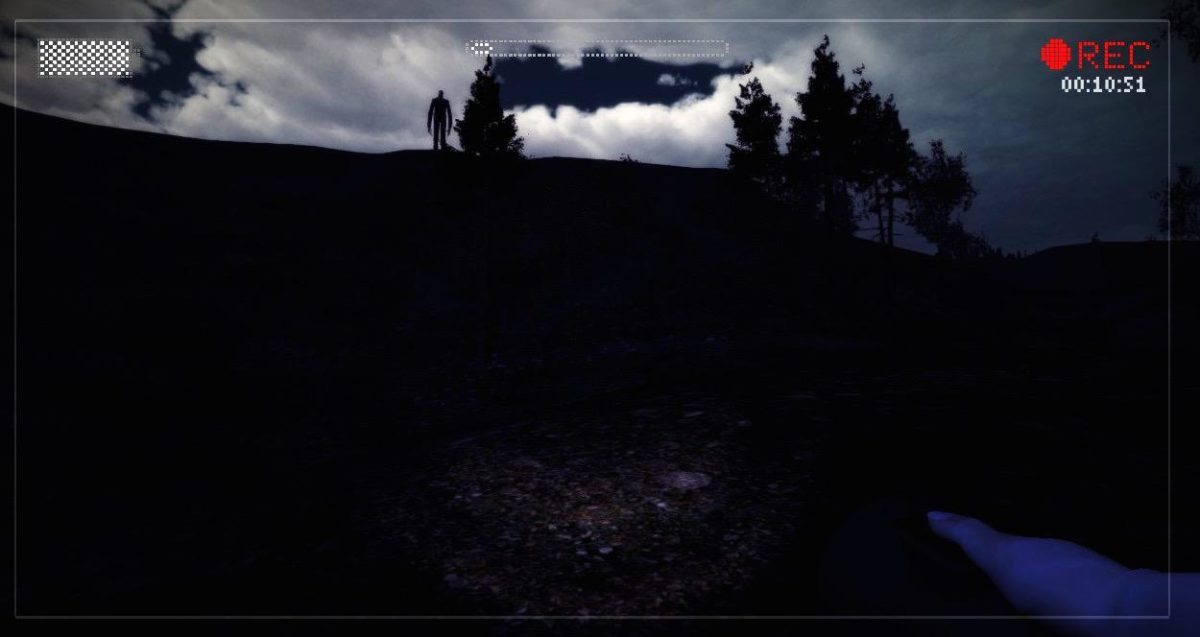 As a lover of survival horror games this one was one of my favorites to play with my SO even though it isn’t multiplayer. Slender: The Arrival takes you out into the wilderness to your friend Kate’s house, only when you get there she doesn’t appear to be home and there are frantic paranoid scribbles all over the wall. As you play you have to complete short puzzles without getting caught by Slender Man or his new minion, Proxy. The game stays true to the original free to play Slender: the 8 pages with improved graphics, more back story, and creepier elements. Outwit the menacing Slender Man and whatever you do don’t look around for him because he’ll be waiting for you. If you’re looking for a complementary themed dinner you might try some creepy pasta.

Don’t forget to share your video game date night experience and let us know how it went in the comments!

Mary Litteral is a native Michigander who loves playing video games and writing. When she isn’t locked indoors and plugged into a screen you can find her at the nearest Asian restaurant.

Is technology really the solution for developing countries to prosper?