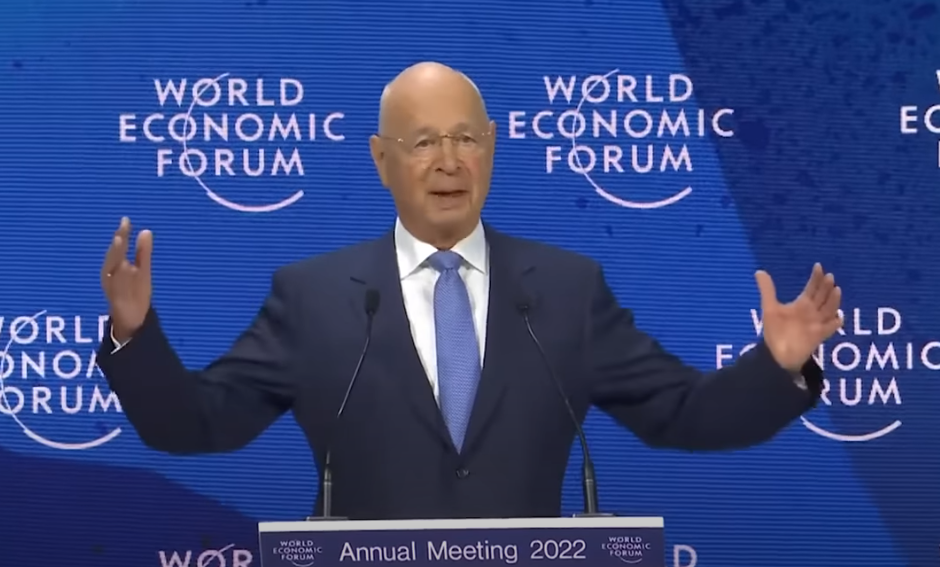 The unelected globalists at the World Economic Forum (WEF) are envisioning an “augmented society” ruled by digital identity and transhumanism via the Internet of Bodies.

Digital identity has long been on the Davos agenda and has been gaining speed ever since the official launch of the great reset in June, 2020.

On August 17, 2022, the WEF published a story by Callsign CEO Zia Hayat on its Agenda blog claiming, “Digital identity is vital element of building trust both online and in our wider economies – to everyone’s benefit.”

According to Hayat, “If we don’t know for certain who we are interacting with online, we cannot have trust. Digital identity must therefore be the foundational element to our digital economy.”

But it’s not just for “our digital economy” that the unelected globalists want to usher-in digital identity for all.

They want that digital identity be embedded into every aspect of our lives — even under our skin!

“This digital identity determines what products, services and information we can access – or, conversely, what is closed off to us” — World Economic Forum, 2018

“Technology will become more intertwined with the body in the form of implants” — Kathleen Philips, WEF Agenda, 2022

For years, the WEF and its partners have been pushing digital ID for a number of reasons including:

Digital identity is also a “foundational element” for building a Chinese Communist Party (CCP)-style system of social credit where access to goods and services are based on a citizen’s behavioral score.

When trust is broken in one area, a citizen may be locked out of participating in just about every aspect of society.

“As scary as chip implants may sound, they form part of a natural evolution that wearables once underwent” — Kathleen Philips, WEF Agenda, 2022

Going hand-in-hand with digital identity and subsequent digital ID is the push for a transhumanist future.

The WEF published another blog post in August, this time exploring how merging humans with technology will create an “augmented society” and that “stakeholders in society will need to agree on how to ethically make these amazing technologies a part of our lives.”

Written by imec VP of R&D Kathleen Philips, the article describes augmentation as going beyond rehabilitative healthcare whereby “the extension of rehabilitation where technological aids such as glasses, cochlear implants or prosthetics are designed to restore a lost or impaired function.”

Philips goes on to say that when the merging of humans and technology is added to “completely healthy individuals,” then what you get is augmentation.

Welcome to the Internet of Bodies (IoB).

The WEF is fully behind widespread adoption of the IoB despite recognizing the enormous ethical concerns that come with having “an unprecedented number of sensors attached to, implanted within, or ingested into human bodies to monitor, analyze, and even modify human bodies and behavior.”

The Internet of Bodies “might trigger breakthroughs in medical knowledge […] Or it might enable a surveillance state of unprecedented intrusion and consequence” — RAND Corporation, 2020

As acknowledged by Philips herself, the idea of augmenting a perfectly healthy human being with technology carries many ethical concerns.

Speaking at the World Economic Forum annual meeting in 2020, National Academy of Medicine president Victor Dzau told the Davos elites that augmenting humans beyond their natural capabilities was crossing the ethical line.

“I think you’re in pretty safe ground when you use these technologies for the purpose of curing disease, treating disease, or at least addressing impairment,” he said.

“I do think you start crossing the line when you think about enhancement and augmentation.”

Fast forward two years and nine months, and the Davos Agenda blog is saying, “As scary as chip implants may sound, they form part of a natural evolution that wearables once underwent.”

“I do think you start crossing the line when you think about enhancement and augmentation” — Victor Dzau, WEF Annual Meeting, 2020

“Should you implant a tracking chip in your child? There are solid, rational reasons for it, like safety. Would you actually do it? Is it a bridge too far?” — Kathleen Philips, WEF Agenda, 2022

The unelected globalists are even seeding the idea of implanting children with tracking chips while claiming to be concerned about the ethical concerns.

“The limits on implants are going to be set by ethical arguments rather than scientific capacity,” Philips wrote, adding, “For example, should you implant a tracking chip in your child? There are solid, rational reasons for it, like safety. Would you actually do it? Is it a bridge too far?”

While children were used as a use case for digitally tagging, tracking, and tracing people like cattle, the same concept can be applied to the rest of humanity — for our safety of course!

This is what the so-called fourth industrial revolution (4IR) is really all about — in the words of WEF founder and executive chair Klaus Schwab, “What the Fourth Industrial Revolution will lead to is a fusion of our physical, our digital, and our biological identities.”

Another way of looking at the 4IR is the merger of humans beings with technology while simultaneously creating a control grid to monitor and enforce compliance.

“What the Fourth Industrial Revolution will lead to is a fusion of our physical, our digital, and our biological identities” — Klaus Schwab, WEF, 2019

“Brain implants take us one step further and allow us to tap straight into the body’s ‘operating system” — Kathleen Philips, WEF Agenda, 2022

Going back to Philips’s blog post on an augmented society, she acknowledges that the brain is part of our human operating system, stating, “Brain implants take us one step further and allow us to tap straight into the body’s ‘operating system.'”

But what does it mean to tap into someone’s operating system?

When you tap into a person’s operating system, what you get is the ability to hack human beings.

This means governments and corporations would know more about you than you know about yourself.

When humans become hackable, they risk losing all their free will. They will be able to be manipulated in seemingly unconceivable ways.

“We are no longer mysterious souls; we are now hackable animals” — Yuval Noah Harari, WEF, 2020

In her WEF blog post, Philips asks, “When do we enter the grey zone?”

The answer is simple. We’ve already entered that grey zone.

To give one recent example, a Pentagon-sponsored RAND report published in November, 2021 outlined the technological potentials of this controversial transhumanist research, which includes potentially “adding reptilian genes that provide the ability to see in infrared,” and “making humans stronger, more intelligent, or more adapted to extreme environments.”

This means that governments are already fundamentally altering what it means to be human, funding research into creating super humans that are smarter, faster, and stronger through human performance enhancement.

It’s happening now, but not to worry!

Philips assures, “Ethics will advise us.”

“Authoritarianism is easier in a world of total visibility and traceability, while democracy may turn out to be more difficult” — World Economic Forum, 2019

It all starts with digital identity, and the agenda continues to move toward an augmented society.

Those who control the data and the technology are poised to rule the world, but the future doesn’t have to be this way.

We all have choices.

You can choose to trust that your digital overlords are doing what’s best for society, or you may use common sense and reason to see through their agendas and therefore feel compelled to speak out to friends, family, co-workers, neighbors, or anyone else who will listen.

Of course, there are many people whose minds are already made up, choose not to see, or are too busy just trying to get by that they don’t have the time to look into these things.

What will you do with the knowledge you’ve acquired?