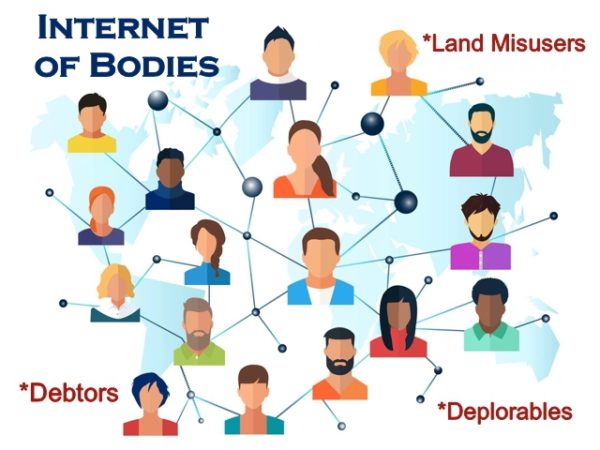 As the networking of humans and machines shows to have incredible promise towards improving overall health and well being for generations to come, the Internet of Bodies (IoB) also runs the risk of enabling a global surveillance state, the likes of which the world has never seen.

Following the launch of its “great reset” agenda, the World Economic Forum (WEF) made a push for the global adoption of the IoB, which risks enabling an authoritarian surveillance apparatus that can manipulate human behavior to achieve its desired outcomes.

According to a recent RAND corporation report, the IoB “might trigger breakthroughs in medical knowledge […] Or it might enable a surveillance state of unprecedented intrusion and consequence.”

The IoB ecosystem is part of the Fourth Industrial Revolution that the World Economic Forum (WEF) wishes to harness for its “great reset” agenda.

“One silver lining of the pandemic is that it has shown how quickly we can make radical changes to our lifestyles […] Populations have overwhelmingly shown a willingness to make sacrifices” — Klaus Schwab, WEF Director

Conceived over five years ago and launched in June, 2020, the so-called great reset agenda promises to give us a “better world” of more sustainability and equity if we agree to “revamp all aspects of our societies and economies, from education to social contracts and working conditions.”

Such radical changes would require a complete shift in our thinking and behavior, and what better way to modify our behavior than to monitor every move we make through a connected network of digital tracking devices?

According to RAND, “Greater connectivity and the widespread packaging of IoB in smartphones and appliances—some of which might collect data unbeknownst to the user—will increase digital tracking of users across a range of behaviors.” 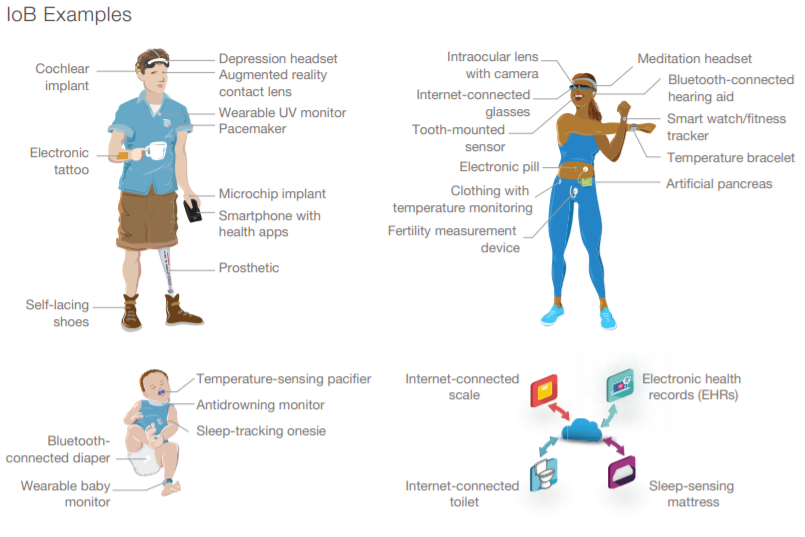 The WEF is fully behind widespread adoption of the IoB despite recognizing the enormous ethical concerns that come with having “an unprecedented number of sensors attached to, implanted within, or ingested into human bodies to monitor, analyze, and even modify human bodies and behavior.”

“It’s now time for the Internet of Bodies. This means collecting our physical data via devices that can be implanted, swallowed or simply worn, generating huge amounts of health-related information” — Xiao Liu, WEF

Knowing that the Internet of Bodies can be used to control human behavior while gaining access to the most sensitive health, financial, and behavioral data of every person on the planet, the Davos elite “urges stakeholders from across sectors, industries and geographies to work together to mitigate the risks in order to fully unleash the potential of the IoB,” according to a WEF report from July, 2020.

“After the Internet of Things, which transformed the way we live, travel and work by connecting everyday objects to the Internet, it’s now time for the Internet of Bodies,” wrote Xiao Liu, Fellow at the WEF’s Center for the Fourth Industrial Revolution.

“This means collecting our physical data via devices that can be implanted, swallowed or simply worn, generating huge amounts of health-related information.”

If you think that the idea behind contact tracing apps is just for tracking people infected by viruses, think again

But while having “access to huge torrents of live-streaming biometric data might trigger breakthroughs in medical knowledge or behavioral understanding,” the RAND Corporation warns that the IoB could also “enable a surveillance state of unprecedented intrusion and consequence.”

According to RAND, “Increased IoB adoption might also increase global geopolitical risks, because surveillance states can use IoB data to enforce authoritarian regimes.”

For example, this is the same ecosystem that is allowing the Chinese Communist Party (CCP) to collect DNA data from its Uyghur population, so the authoritarian regime can further spy on, imprison, and sterilize an entire ethnic minority, among other horrible atrocities. 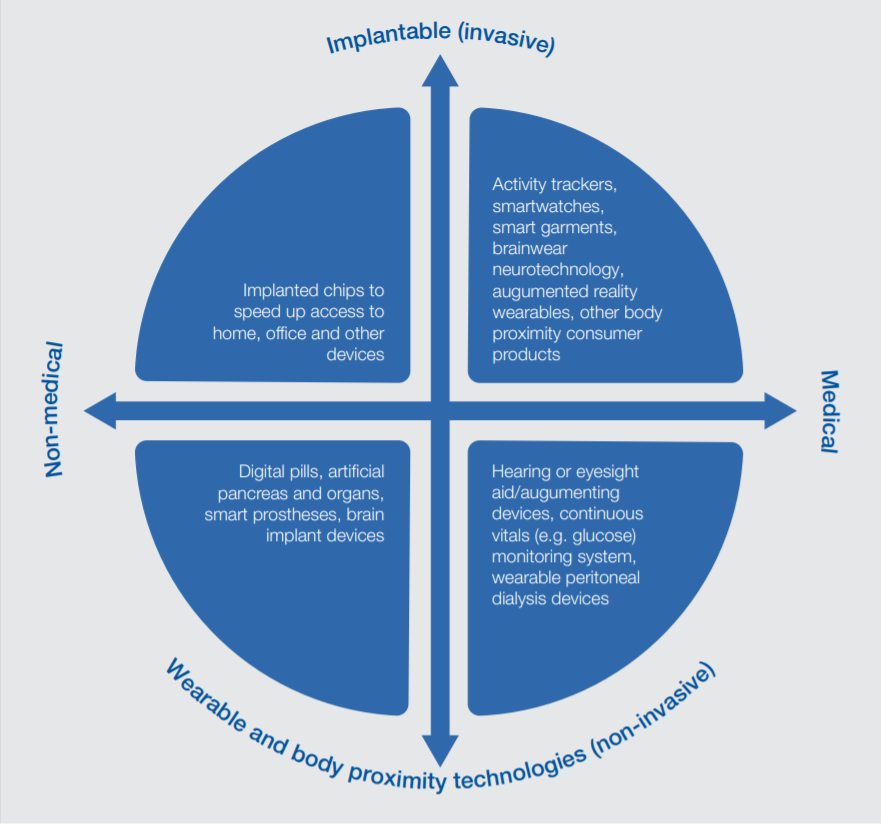 But if you want to see how the IoB fits into a great reset, like the one the WEF is touting, look no further than China’s social credit system that “uses enormous amounts of aggregated data, including health records, on individuals to determine their trustworthiness and to incentivize desired behaviors,” according to RAND.

A population that knows it is being watched will change its behavior to conform to the norms, and its citizens will police themselves.

Thus, the IoB is a tool that can serve multiple purposes — it can revolutionize healthcare for the benefit of all; it can be used to monitor, track, and prevent global crises before they manifest, and it can be turned into an apparatus for manipulating human behavior in order to achieve the desired outcomes of the global elite.

Contact tracing is also a tool for complete social control, keeping tabs on a nation’s so-called deplorable or undesirable citizens.

Think social justice policing via contact tracing — not just through mobile phones, but tracking chips implanted in the human body.

Today, the WEF is fully behind the use of the IoB, and actively supports digital health passports (CovidPass) and contract tracing apps (CommonPass).

If you think that the idea behind contact tracing apps is just for tracking people infected by viruses, think again.

The same technology was used by the CCP to develop an app that literally alerts citizens with a warning when they come within 500 meters of someone who is in debt.

“The app has created what’s essentially a map of ‘deadbeat debtors,’ according to Chinese state media, and shows you the debtor’s exact location, though it’s unclear if the displayed information includes a name or photo.”

So, while the WEF urges greater IoB use and contact tracing, the technology is not just for tracking the spread of a virus.

Contact tracing is also a tool for complete social control that keeps tabs on a nation’s so-called deplorable or undesirable citizens.

Think social justice policing via contact tracing — not just through mobile phones, but tracking chips implanted in the human body.

“Widespread IoB use might increase the risk of physical harm, espionage, and exploitation of data by adversaries” — RAND Corporation report

The RAND report also warned that “widespread IoB use might increase the risk of physical harm, espionage, and exploitation of data by adversaries.”

“You no longer need to be MI6 and issued a Walther PPK in order to assassinate someone; you just need to gain access to their medical devices” — Richard Staynings, Cylera

Indeed, if state-sponsored hackers or criminal organizations were to gain access to a medical device used by a high-profile target, the hackers could simply switch it off and assassinate their target.

As Richard Staynings, Chief Security Strategist at Cylera, once told The Sociable, “You no longer need to be MI6 and issued a Walther PPK in order to assassinate someone; you just need to gain access to the medical devices that are keeping that individual alive.”

On top of the geopolitical risks, the RAND report warned that the IoB could also “increase health outcome disparities, where only people with financial means have access to any of these benefits.”

However, this seems an unlikely scenario because the WEF doesn’t like to see one nation gain too much power. It prefers balance. It wants every country to follow the rules. It wants a technocratic Utopia.

“Authoritarianism is easier in a world of total visibility and traceability, while democracy may turn out to be more difficult” — WEF report

As such, the WEF would like to see the IoB regulated uniformly across the globe, and the Davos elite routinely call for its ethical governance, but that doesn’t mean the surveillance would go away.

It just means that everybody would be spied on equally after having consented to the Draconian measures dressed-up as serving the greater good.

At its heart, the IoB is dependent upon collecting tons of biometric data, which will “allow new forms of social control,” according to the WEF Global Risks 2019 report.

The WEF concluded two years ago that “authoritarianism is easier in a world of total visibility and traceability, while democracy may turn out to be more difficult.”

Now, the WEF wants to exploit the Fourth Industrial Revolution under the great reset agenda, and it has massive support from the media, world leaders, and captains of industry alike.

Klaus Schwab, founder and director of the WEF, had already called for the great reset back in 2014 (see video above), but decided in June, 2020, that this was the year to enact the scheme because the coronavirus crisis had presented a “rare but narrow window of opportunity.”

And in order to make the Davos elites’ globalist Utopia a reality, universal trust in the increasingly invasive uses of emerging technologies will be required.

If you are willing to believe that a global, un-elected body of bureaucrats based in Switzerland has your best interest at heart, then you are willing to accept that your corporeal autonomy, physical privacy, and mental freedom may be compromised to serve the greater good.